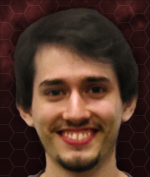 Once Neil became a teenager, he began playing the first three Halo titles at a semi-professional level. Eventually, PR0LLY would begin playing games such as DotA and World of Warcraft on the computer. A month after Season 1 had started, PR0LLY would be introduced to League of Legends through his brother. PR0LLY prefers to run a very aggressive playstyle in the Mid Lane, frequently trying to trade or harass the enemy AP Carry. If trading or harassing is not possible, PR0LLY will often push and clear his lane in order to gank either Top Lane or Bottom Lane. 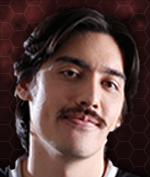 Newcomb is unique in that he is one of the few players to have actually opened his house up for the betterment of his team. In January 2013, Newcomb began Reality Check Gaming and having some success, Royce kept his eye on the prize. As the support player, Royce has boasts an impressive 45 wins and 0 losses record in League of Legends Ranked Solo Queue. He can often times be found playing Thresh; however, be on the look out for him to ripple the community with compLexity.LoL in 2014. 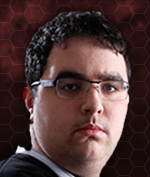 Ram “Brokenshard” Djemal is the Jungler for team and has a rich history in the League of Legends scene. Not only is he the only LCS player to hail from Israel, but he is also enlisted as a cyber warfare specialist in the Israeli Defense Forces. He tends to main Lee Sin, but is also known to play Xin Zhao and Olaf, or even switching with teammates at the very last possible second. The former member of ESC Gaming and TCM-Gaming is looking to make a splash in 2014 with compLexity. 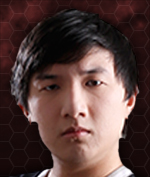 Lee started gaming with Donkey Kong Country but a trend was formed when his family introduced him into DotA, which subsequently was folioed by Heroes of Newerth and League of Legends. Getting his first major e-sports spot with Ordinance Gaming he found himself quickly moving over to Absolute Legends NA. His team would later go on to place IEM Season VII Global Challenge Singapore in November of 2012. The victim of a short lived controversy regarding “ghosting” and a few other tid bits, Lee is back for glory with compLexity in 2014 after winning the MLG Spring Championship Promotion 2013. 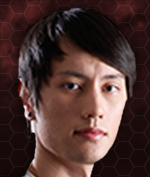 Johnathan “Westrice” Nguyen is a native of California and began gaming at an early age with Halo. In 2010, he got his first taste of League of Legends after receiving an invite through his family members to play. It wasn’t long after he began to play that Riot released the Akali patch and the rest is history. As he climbed the ELO ladders, Nguyen found himself playing under known gaming organizations such as Curse and FXopen e-Sports. After taking home the MLG Anaheim Spring Championship 2013, he and his team is poised to make big plays in 2014 with compLexity.