I’ve loved video games as long as I can remember.

As I’ve gotten older, there have been plenty of things that have popped up that have made me reassess what role games have in my life: college, jobs, marriage and many others. However, having a child changed everything in my life, including games. 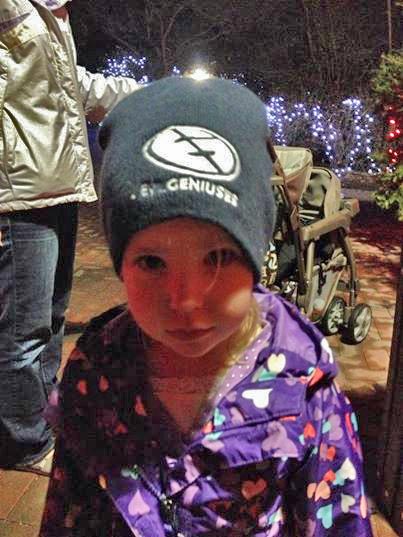 Four and a half years ago, when my daughter Inara was born, I thought I’d have to “grow up” and set games in that pile of things I used to do. Sure, things are different, but as eSports has become more available, I’ve had the opportunity to not only keep up with one of my favorite things, but also introduce it to one of my favorite people.

When Inara was about nine months old, StarCraft II was released and the current eSports boom really took off. I quickly learned that a timing attack was hard to pull off while you had a baby sleeping your arms, but I could watch IdrA and Bomber play.

About a year later, I joined Evil Geniuses as a freelancer and was introduced to eSports scenes I never knew. At pretty much any time of the day, I could load up Twitch and find Street Fighter, Dota 2, League of Legends or just about anything I could think of. Much like an NFL fan, I wasn’t always playing, but I was still enjoying the game.

In the last few months, Inara has become a lot more aware of what’s on the TV and started asking questions. Before I knew it, the girl who was obsessed with Disney princesses was becoming a Dota 2 fan. It started with some pretty simple conversations.

Me: “Well, you try to take down towers and stop the other team from taking down your towers.”

Pretty quickly she came running into the room in one of her pretend dresses declaring it was her “Luna dress” and that Evil Geniuses was her favorite team (Just like any sports fan, I have to make sure my kids are cheering for the right team).

Watching DotA is now becoming a shared pastime with my daughter that gives me a chance to pass along something I love and it’s always fun to hear her talking about how Cloud9 played earlier in the day and how she was excited when they picked Templar Assassin because she wears purple.

Obviously there are some high level concepts she doesn’t understand, but I’ve played in plenty of pub games where no one understood what a Town Portal Scroll did, so I figure she will learn. While she hasn’t grasped proper warding just yet, watching DotA does allow me to teach her things she can understand. Her favorite part of a DotA match is the drafting phase. As we’re watching the picks and bans, we typically have a conversation that goes:

Me: “Alliance picked two characters. How many more do they need to pick.”

Inara: “Three. And Fnatic already picked three, so they only get two more. I really hope someone picks Mirana.”

I understand that she may not always think it’s cool to watch DotA with Dad, and she may not always be excited to tell people that “My dad works at Evil Geniuses.” Regardless of how long she stays with eSports, I hope she learns that you don’t have to be ashamed to like what you like, and that there’s always an opportunity to make something out of something if you’re willing to work.