My three comrades and I were one of the two remaining teams left alive. We were the last of nearly 100 battle royale-style game show contestants vying for supremacy (as well as bragging rights). We’d lucked out so far because we’d dropped down and occupied a sprawling military base set on the southwest corner of the map. Not only was it great for finding all sorts of valuable weapons and other useful items such as medical supplies, but the crackling blue field which periodically closed in on the map just happened to circle in around us.

In other words, as the blue field of death encroached on other portions of the map, it forced the other contestants to come to us. All we’d done is hunker down at select spots and picked everyone off who had tried to swim over to our island. One bunch had tried to get slick by driving a motor boat along the rear, southern tip of our territory, but we’d noticed their desperate ploy and blew them all away with our assault rifles. 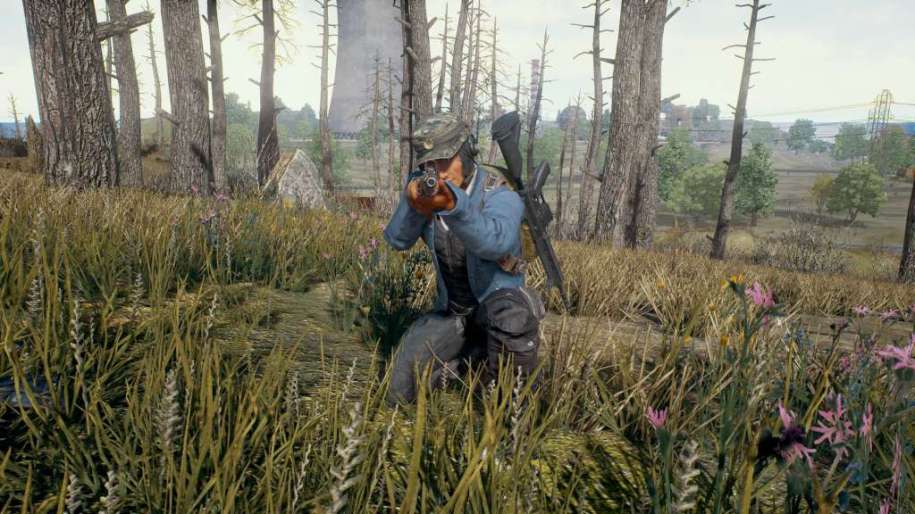 Suddenly, I heard gunshots and turned from my position behind a large piece of roadblock concrete and turned to see the last enemy team shooting in our direction from the edge of a long beach. They’d managed to swim across undetected, the sly bastards! Now it was on—this was sure to be the blood-soaked finale that everyone viewing at home wanted to see.

Just as I loudly alerted my cohorts as to our enemy’s whereabouts, they managed to sprint to position behind a building down the beach. As my teammates ran over to my location, we received another warning that the electrified circle was about to close in yet again. Moments later, it did just that and we all checked our maps to see what circular area would be remaining. It wasn’t good—the last area didn’t include the very ground we were standing on, but it did allow our assailants a safe zone. 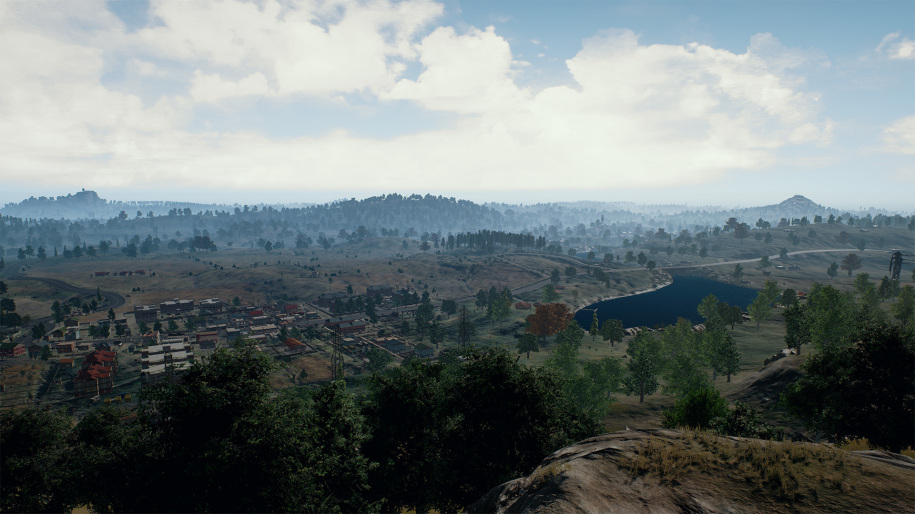 The tables had turned, we’d now have the disadvantage of having to move towards our enemy’s area. We were sure that this little fun fact wasn’t lost on them.

“Well, we have to do it. Let’s lock and load, and get over there,” I murmured half-heartedly.

“It’s our only choice,” a comrade remarked.

Just as we make a break for the building our enemies were occupying, gunfire erupted as they fired from a few of its broken windows. This wasn’t going to be pretty…

As you can see, Bluehole, Inc.’s new survival shooter, PlayerUnknown’s Battlegrounds, can be one stressful game. From the game’s official Steam page:

“PLAYERUNKNOWN’S BATTLEGROUNDS is a last-man-standing shooter being developed with community feedback. Starting with nothing, players must fight to locate weapons and supplies in a battle to be the lone survivor. This realistic, high tension game is set on a massive 8×8 km island with a level of detail that showcases Unreal Engine 4’s capabilities.

I actually disagree with one part of that description. I’d say the game evokes more of a sense of extreme tension as opposed to merely “high.” 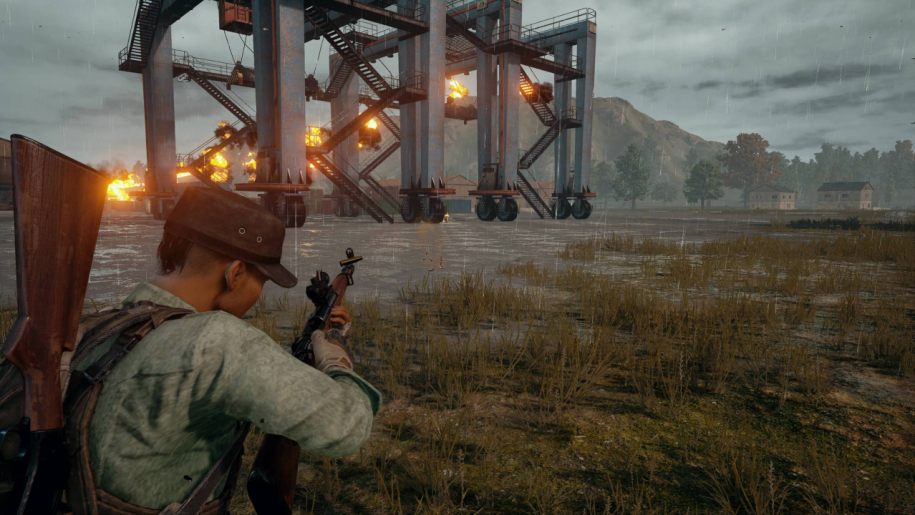 Indeed, PlayerUnknown’s Battlegrounds is one doozy of a battle royale-themed experience. Up to 100 contestants begin each match all stuffed up in a large cargo plane, only to drop out of its fuselage wherever they see fit. Usually that’s right above areas that have lots of buildings, since buildings contain all of the game’s many weapons and other pieces of equipment. The only problem is, everyone else also wants to drop down on those same areas.

Therefore, you always have to weigh whether or not you really want to parachute down into those places with everyone else, or drop somewhere more isolated, like a forest, and wait things out while the initial droppers kill each other off. The only problem with that strategy, however, is that then you’ll most certainly be at a disadvantage, weapon-wise. These considerations make Battlegrounds a much more strategic experience, than say, H1Z1, or the few other comparable battle royale-style games out there.

There’s a great mix of weapons—much more so than in H1Z1, but not as many as the ARMA battle royale mod. You have everything from M16’s and AKM’s to melee weapons like machetes and even heavy frying pans (how embarrassing it would be to get killed by one of those, right?). There are also useful items such as weapon attachments, energy drinks (which offer a slight health boost), backpacks, and the like. 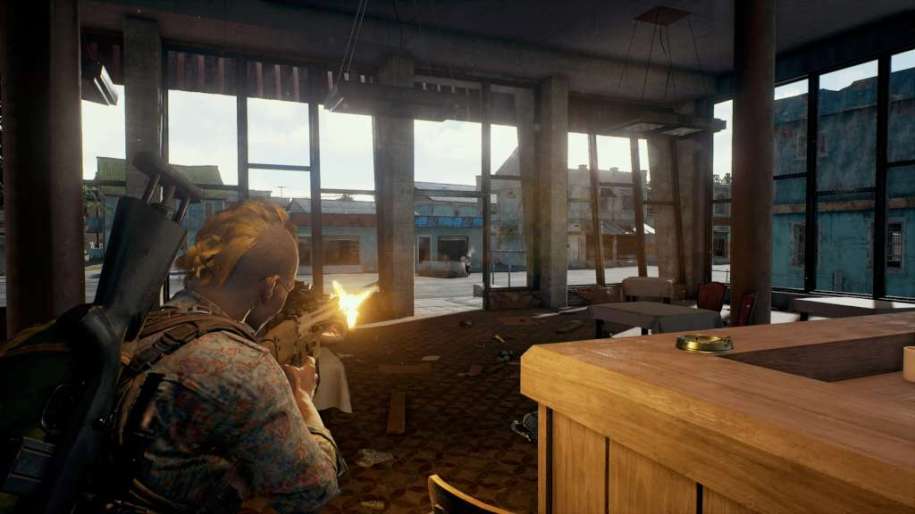 What I really love about Battlegrounds is how Mr. Greene and his team at Bluehole have graced their new game with all sort of great little touches that make playing it much more hassle-free. For instance, unlike H1Z1 or the ARMA mod, while you’re running you can do such things as bandage yourself, access items within your handy inventory, or even consult your map. Also, when you pick items up off the floor, you automatically place them on your person (in the case of clothes or backpacks), or carry them (weapons-wise). This lets you really concentrate on what’s important: Locating and killing your enemies.

Battlegrounds’ graphics certainly are excellent. It’s a much prettier game than H1Z1’s more arcade-y look. It uses the latest version of Unreal 4 as its graphics engine, so everything from weapon models, to vehicles look really, really good. Yes, that’s right—I said vehicles. Fortunately for us gamers, Battlegrounds features all manner of vehicles, including pickup trucks, different models of cars, motorcycles, and the like. Needless to say, these can be used to deadly effect while driving through enemy teams.

As far as game modes go, Battlegrounds can be played solo, in teams of two, or in squads of four. I personally like the latter, as playing with a group of people is just more fun for me, since I like to coordinate tactics and teamwork. 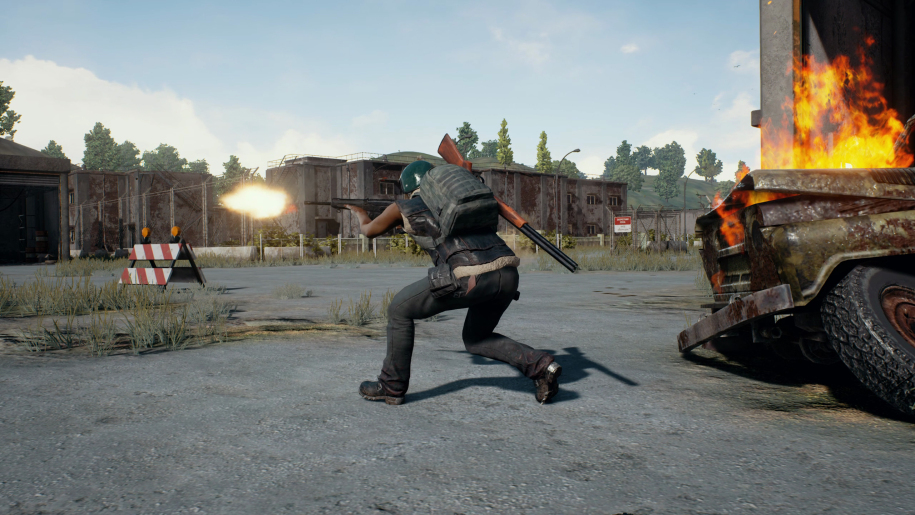 In all, PlayerUnknown’s Battlegrounds us a blast to play. But don’t take my word for it, just check out how high its position is on TwitchTV’s charts. It frequently comes in around the top three or four, if not topping the list off on certain days. Its combination of polished gameplay mechanics, fun and accessible controls, stunning visuals, and that elusive X-factor make it a game that will be occupying space on my hard drive for a long time to come.

PlayerUnknown’s Battlegrounds offers some excellent visuals that suit its gritty kill-or-be-killed theme. However, you have to have a fast gaming PC or gaming laptop in order to play it at a decent framerate. So, you may just want to invest in a decent gaming rig: