Long time followers of StarCraft will remember the stigma associated with gold bases. For a long time, gold bases were a simple gimmick that didn’t seem to add much value to the game. Certainly, they added different strategies but more often than not they were met with frustration by various pro players. Antiga Shipyard comes to mind immediately as the most problematic map due to its gold bases in the center. 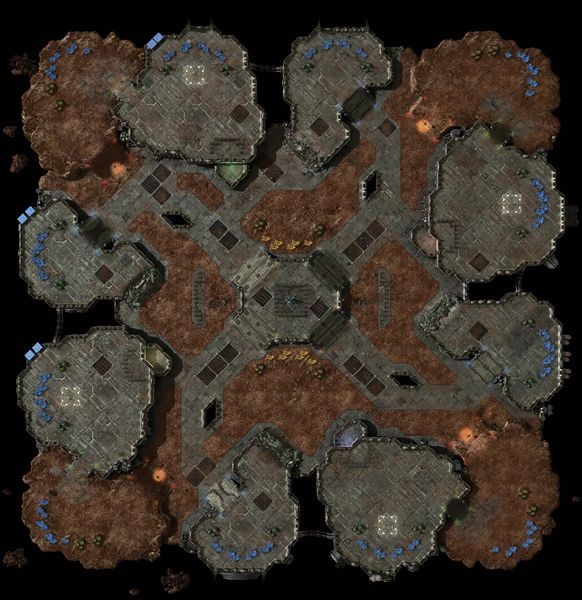 The primary problem on Antiga Shipyard was that the gold bases were also in the direct center of the map. If you control the center, you also got the gold which meant that controlling the center was doubly important. This map also tended to lend itself to massive snowball situations wherein once center control was established, there was no real breaking it. There was no alternative route, and your opponent was also conveniently guarding the most valuable bases on the map as well.

Another gold base map that debuted in a similar time frame as Antiga Shipyard was Dual Sight. Dual Sight was had many of the features seen today on Habitation Station to make the gold base an interesting addition, but failed to catch on in part because at the time mules returned extra minerals from gold bases. Some months later mules were patched to return 30 minerals per trip regardless of type, but it was too late for Dual Sight. The map had already been phased out. 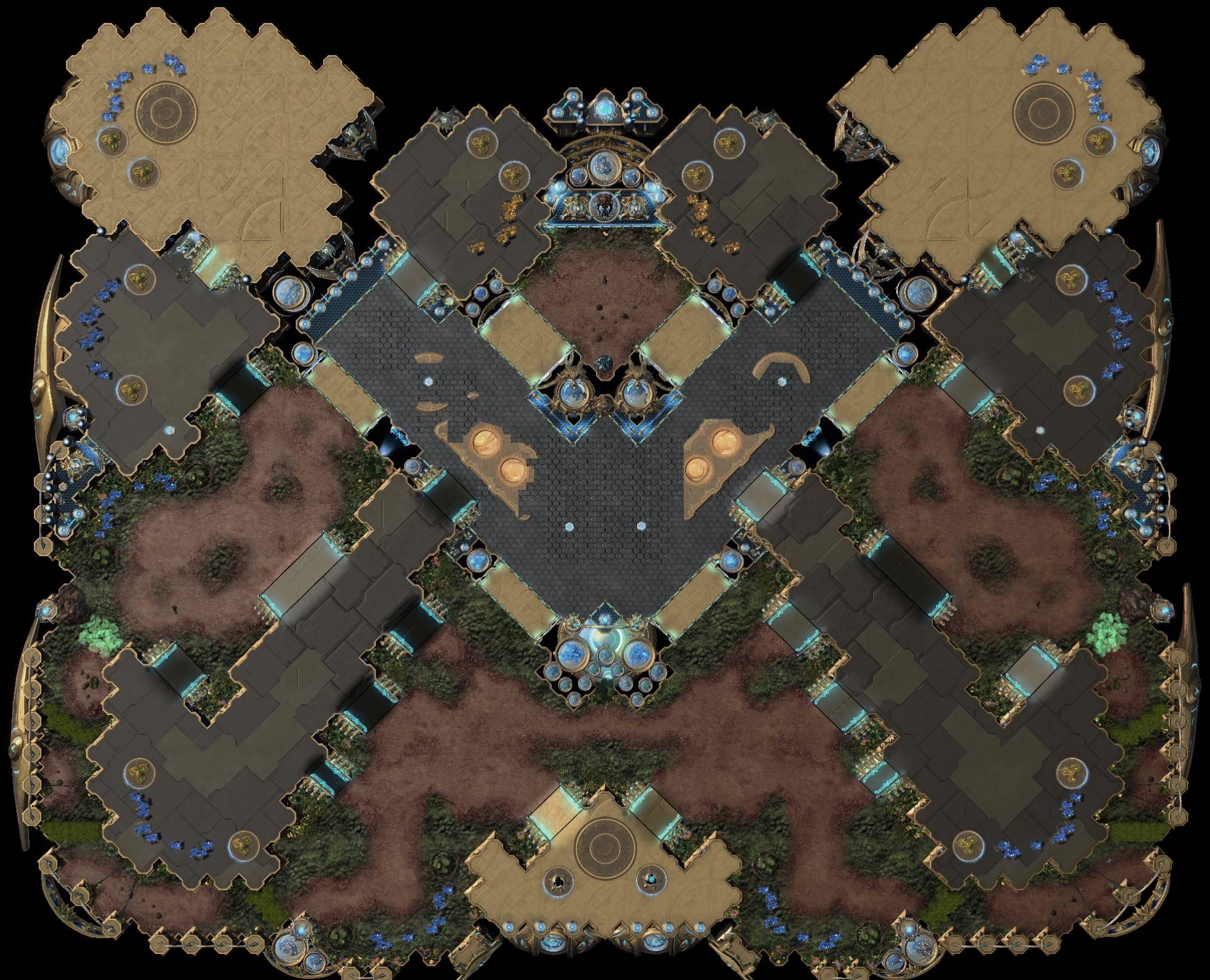 Habitation Station and Dual Sight have a couple critical themes in common that make their gold base work. The first and most important is that defending the gold base means putting your army in a place that does not defend your main/natural/other bases. On Dual Sight, the gold base was in the corner with many different routes making it very difficult to defend while also maintaining control of your main. On Habitation Station, the bottom route and subsequent lack of watch tower below mean that there’s always another attack path, and there are two distinct places that must be defended when taking the gold:

1) At the watch tower, else the base can be sieged from below.
2) Directly below your natural ramp

These positions are sufficiently disjoint that holding the gold becomes a serious positional liability (something that was not the case in Antiga Shipyard).
Overgrowth is the newest ladder map to include a gold base and does so in an effective way. By placing the gold base at the edge of a raised cliff, it becomes a serious liability and easily attacked base. Also, these bases are slightly offset from the center which again has the potential to create big vulnerabilities. 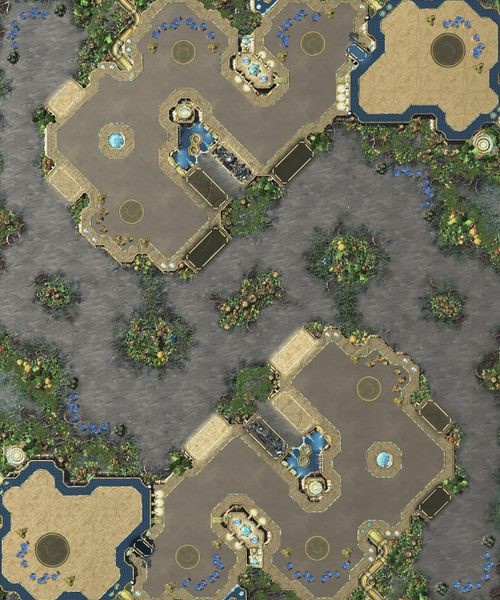 The gold base is a fresh dynamic on maps as a high risk high reward opportunity for players to take advantage of. As map making has improved, the gold bases have been correctly positioned on maps to be either more vulnerable than other bases that can be taken due to terrain or positionally inferior due to their great distance from the center of the map and main bases.