The world of fighting game eSports is about to change. In two weeks, the professional playing field resets as Street Fighter V hits shelves for PlayStation 4 and PC platforms. In the road up to the February 16th launch, previously tight-lipped Capcom has opened the floodgates, revealing to the fighting game community exactly what they can expect when picking up the game — and the surprising reveals just keep on coming. 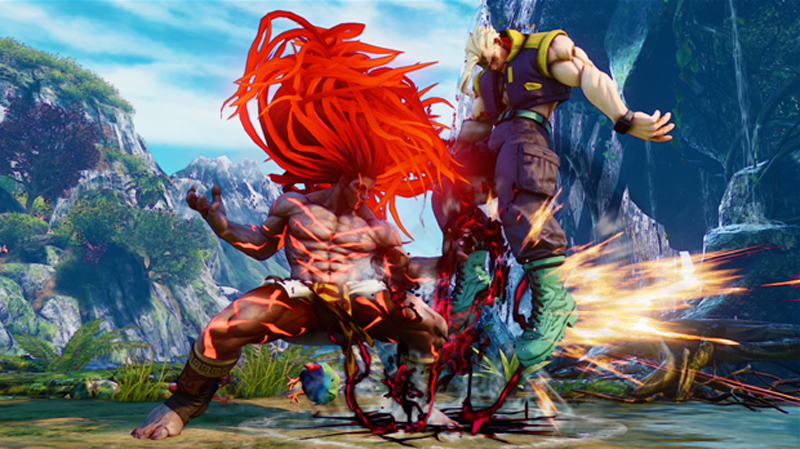 First up, the game’s elusive Story Mode. While Street Fighter V’s popular toy-Blanka-toting producer, Yoshinori Ono, has said in the past that the development team “was aware of the high demand for a story mode” (http://hadoken.net/exclusive-sfv-ono-interview/), it was only very recently that the team’s intentions for this important part of the Street Fighter experience have come into public view. The game’s story will be split into two distinct experiences. At launch, the game will feature individual “prologue” stories for each character in the game, showcasing their background and reason for participating in the new tournament. These introductory tales will be illustrated by veteran series artist “Bangus”, and players of the beta version of the game have already had a small taste of what to expect — the introductory cinematic introducing the tutorial included in the game. These prologue stories will feed into an expansive fully rendered cinematic story mode that is currently scheduled to launch this summer. According to Capcom, this is the true Story Mode of the game, and will be explaining everything from the mysterious Necalli to Charlie Nash’s unusual new look and attitude.

While sometimes considered a secondary or “extra” feature by diehard competitive Street Fighter fans, Capcom is designing SFV’s Story Mode as a way for fans to connect with the mythos in a new way. This time, Capcom is looking to explore something that has only been hinted at before: the long awaited fall of the Shadowloo organization — and the rise of the Illuminati that will replace them. Yes, this means that Street Fighter V’s official place in the timeline is after IV, but before III. The introduction of Alex and Urien as downloadable characters later this year all but guarantee several huge reveals that will certainly shake up the Street Fighter world as we know it, and the direction the game’s story will take over the next year as these two fighters (along with Balrog, Guile, Juri, and Ibuki) are introduced to the roster looks to be an interesting one. Players also have rewards to look forward to for exploring the Story Mode features available at launch: additional costumes will be unlockable following completion of each prologue story. 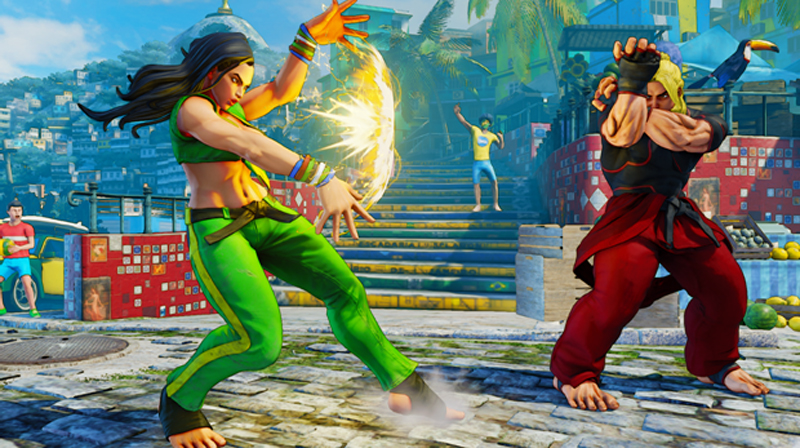 In addition to new details surrounding the game’s soon-to-be-expansive take on the franchise mythos, details surrounding the game’s other modes have been made public as well. Survival Mode – something sorely missed from recent entries in the series – will be making a long-awaited return, and will give skilled players the opportunity to unlock various character colors by battling wave after wave of opponents under various restrictions. In what is a first for the series, players will have the opportunity to buff their characters by sacrificing points earned during each match. The game’s network modes have been expanded this time around as well. In addition to the usual casual and ranked matches and a new league feature (enabling built-in rankings for the strongest online warriors), Capcom will also provide an easy way to view rival data/battle stats and battles in progress via a global heat map. Of course, both tutorial and training modes are also included — each with a brand new set of features that make picking up and practicing Street Fighter as painless as possible.

Indeed, the goal behind Street Fighter V was to redefine combat in a way that proves non-intimidating to new fans of the series while at the same time. Ono specifically stated this goal as a “reset” of the franchise — a word that has left some long-time franchise fans feeling more than a little salty. In revamping the combat system and removing features that centered around complex setups and FADC-related shenanigans, what the team at Capcom has crafted is a fighting game centered on basic combos, space control, and “footsies”. Combined with the anemic initial roster of 16 fighters (with some veterans, like Sagat and Blanka, sorely missing from the roster), and the franchise’s new console and PC exclusivity leaving a chunk of dedicated players out in the cold, the new game is considered a tough sell for some fans.

Adding fuel to this fire was last week’s announcements regarding the Evolution Championship Series — the world’s largest open fighting game event. This year’s tournament lineup has a gaping hole this year: Ultra Street Fighter IV will not be an official EVO game, with its successor taking the headlining spot. Given the state of the fighting game community, EVO sees this as a way to avoid splitting the community and avoiding competitor overlap, as well as providing more attention for the 2016 Capcom Cup (for which SFV will be the only competitive title). Despite the controversy, EVO will be bigger than ever this year, taking its final matches into the Mandalay Bay Sports Arena in Las Vegas this summer. 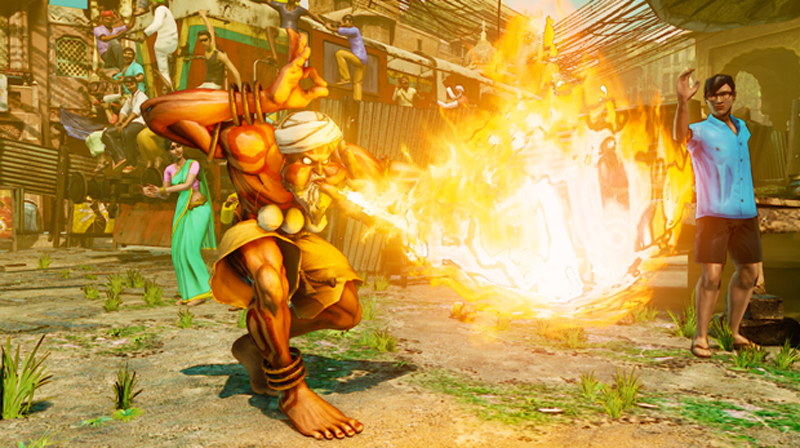 For the fans of Street Fighter who are disappointed at what SFV’s new features have to offer, all hope is not lost. Like Street Fighter IV, the game will continue to evolve over the next year and beyond, introducing new characters, stages, mechanics, and modes. The original Street Fighter IV is a shadow of the game Ultra has become, but it took a long time and several revisions in order to get there. Change won’t happen overnight, but you can be certain that Capcom is listening. Case in point: the game’s beta tests over the last several months.

Is Capcom done revealing what’s in store for the fighting game community when Street Fighter V hits PC and PlayStation 4 on February 16th? It’s anybody’s guess — but one thing’s for certain: if Street Fighter IV’s evolution is any indication, we’re in for one hell of a ride…