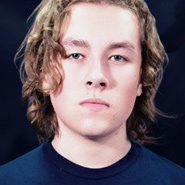 Leading up to the grand event we had a series of tournaments that would prove very difficult to win, but in their own right, would help us advance as a team and would contribute to what we accomplished at TI.

Starting off with the Summit, we had an excellent tournament ran by BTS, which was one of the best tournaments I’ve ever been to. It was administrated smoothly, there were no apparent issues and the atmosphere in the BTS house was great. As for us, I think we gained our fair share of confidence when we beat DK, the team that was, at that time, the absolute best.

Following The Summit, we had DreamHack, where everything went poorly. We had several unavoidable issues that all made DotA very difficult. Coming from a recent victory over the current best teams in DotA, I’d be lying if I said 6th place wasn’t a huge disappointment. But in hindsight, learning how to deal with tough losses was beneficial in the long run. After DreamHack we stayed in Sweden for a bootcamp that would lead up to ESL. We were situated in Stockholm where we sat at an Internet café, and the bootcamp itself went extremely well. Our team chemistry was great, practice went well and we felt like we were developing several strategies that we would not only use for ESL, but also for TI.

After Sweden we moved on to Germany, where we headed for Frankfurt to compete in ESL-one. The tournament went better than expected – we managed to secure 2nd place after losing to the Chinese iG, but we weren’t very dissatisfied with the loss since we were deliberately not using our strongest strategies, as TI was just around the corner. The tournament itself went fine, but there were some major scheduling issues that led to us playing all of our matches in one day, which honestly was quite exhausting.

We lingered around in Germany as we moved to Cologne where we stayed at ESL’s offices for about a week. Unfortunately, the bootcamp wasn’t as great as the one in Stockholm. I think we were all anxious to compete in TI and we should’ve organized a proper practice regime. We just sat and played DotA for at least 10 hours a day for about a week, which was exhausting and led to many petty arguments that escalated into minor fights, something that could’ve been avoided. Practice-wise it went OK I guess, we managed to find strategies and styles that we were comfortable with and built a solid amount of lineups that we would use during the group stages of TI.

The last tournament on our journey would be the grand one – we’d been waiting for TI ever since we formed, and we were finally there to compete. Event-wise TI was the most accommodating event I’ve ever been to, all of your needs were covered as Valve dealt with everything and let the players focus primarily on DotA. Truth be told, the format during the group stages was quite brutal – with so much money on the line, a BO1 format group stage wasn’t ideal. I would have preferred something like a BO2 group stage where everyone plays each other twice, but I we managed to slip through as top 2, so there really wasn’t that much to complain about.

I’m quite content with how the tournament went, third place was obviously not ideal, I would have loved to play in the grand finals, but the two teams that got through deserved it more than us. Newbee did a great job of securing the aegis, and definitely deserved it.

All in all it was a busy summer, but I had a lot of fun. I met a lot of people and definitely hope to re-do it again next year, hopefully this time we might be able to win!