IEM Cologne is fast approaching and will be my first major international tournament of 2014. In 2013 I attended a multitude of events including multiple IEM’s and a homestory cup, but did not place particularly well. While showing good games in qualifiers I wasn’t able to stand against the Koreans that I  inevitably faced in group stage, rarely taking more than a single game through the entire event. 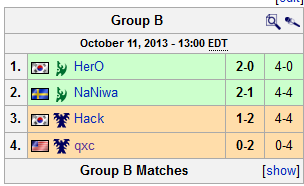 I remember IEM New York as perhaps the most devastated I’ve ever felt at a live event. The results of a series don’t always tell the whole story. Some games are particularly close. Some games you take a risk and it gets punished. For example, it’s hard to feel too bad about losing to a 6 pool if you cc first. Perhaps you should be less predictable or have studied your opponents tendencies more, but once the initial decision is made there isn’t so much in game to be done. In New York, I didn’t feel like I had taken any unnecessary risks. Nothing I did was ‘punished’ because it was supposed to be a trick or I was hiding some tech or timing. I got simply destroyed by both opponents and in reflection there wasn’t ever a point where I felt like the games were in my hands. I put so much time into preparation, traveled to the event and felt like I had almost nothing to show for it.

Going backwards in time, I had attended IEM Shanghai a month or two before that where I had performed about as well against a similarly skilled group. 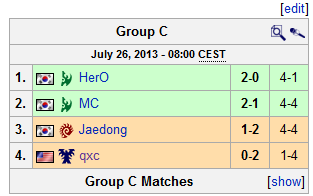 The travel hit me pretty hard at this event as I didn’t deal with jet lag as well as I wanted to. After my losses I always save my replays for later analysis and this was no different. Returning to my hotel room at night I spent time going over each game in detail and figuring out where to improve and what to do better. As you may have seen, I am a very passionate person. When I lose, I feel it at my core and when I win I feel elevated. After tournaments and matches, I never take too long to rebound and become absorbed once again this game that I enjoy so much.

I’ve learned a lot from my experiences at these events and constantly try to use it to make myself stronger.

All of that is behind me now and has helped provide a much greater appreciation of what it means and takes to be a progamer. I have altered my approach in significant ways by putting a greater emphasis on making sure I’m using my time as effectively as possible. That means more time spent practicing and taking care of myself. Playing for several hours in a row is taxing on the body and without adequate rest practice is wasted. I have both increased the amount of hours I practice as well as the amount of hours I rest recently and have already seen significant improvements in performance and consistency. 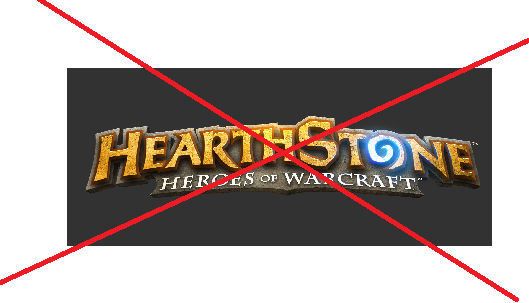 In the past, I experimented with a lot of different schedules and had tentatively concluded for a long time that I had been practicing too much due to my consistently high stress levels and poor sleep. Recently, I realized that some of the activities I thought were relaxing/recovery were actually at best, maintaining my state of stress and at worst, increasing it. I go into the new year with a new mindset, attitude and regiment. In just the last few weeks I’ve been consistently performing better than I have in the past and improving consistently, which is even more important than the skill at which I’m currently playing.

In the beginning of my whole journey as a progamer I found myself a top tier player while also a student. Somewhere along the way, I lost my footing and have been more or less slipping since then. I am hopeful that this is the beginning of reclaiming that dominance.