Hello, I am the Canadian Zerg player hendralisk and today I will be talking about some of the recent tournament experiences from my point of view. Most memorably as of May, I was able to make it into WCS Challenger and Premier league, win the Breaking Out Invitational tournament, snag pool play at MLG Anaheim, deliver strong team league performances, and push our CSL team into the grand finals.

After my school semester ended, I sat down and contemplated on how I could improve my future tournament performance. I was a bit disheartened and embarrassed that I couldn’t bring in the results I wanted, because I let my team and my fans down. I wanted my team to notice me as a good player and give exciting games for fans, so I decided to change things for the better. I asked myself some critical questions through the 5 W’s regarding my SC2 skills. Able to pinpoint my strengths and weaknesses, I effectively spent time working the kinks out of my game. StarCraft is more of a mental fight to me; you can’t win without a proper attitude. Now whenever I play a tournament game, I do my best on never being afraid, always brimming with confidence, and trying to counter my opponents based on what I know of them. If I lose, it’s just a valuable lesson for next time. Though I wish to honor my team and fans, I don’t get upset personally over losses and this hasn’t changed since the day I started the game. Recently, with a more refined gameplay and attitude, my previous tendencies to choke and throw away important matches (more than I would like to admit) have seemingly gone away. My knowledge of the game has increased a lot. Preparing mentality and strategy goes a long way.

My most notable win so far in StarCraft would be getting into WCS challenger league and beating out previous WCS NA champion, Scarlett, in a convincing 3-0 score for a spot in premier. Earlier in the day, I was able to take 4 wins in the Acer TeamStory Cup from the Korean-filled team, Axiom. I knew I was playing better than ever, but I was still a bit surprised when I won vs Scarlett. Through weeks of preparation, I was very happy that everything had gone according to plan. Moreover, the bulk of my preparation were notes of my own thoughts and research as well as help from my friends (esp. Liquid.Snute and teammate Moosegills). The notes are written in a document accounting for any possible variables in the match, spread out across each possible game, totaling about 500 words. With a promising start to the season, I was disappointed when I couldn’t bring my best play in the group stages, and couldn’t advance to the round of 16. Luckily, I learned from my mistakes in those matches and have already thought of solutions for next time.

Around the same time I was able to snag up a win in the Breaking Out Invitational, a tournament focused on helping talented players in NA gain exposure. Though I wasn’t an unknown player, I felt like I never really made a huge splash so I went for this tournament’s qualifiers. Luckily the administrators allowed for my entrance. When tournament day came, I decided it was time for me to give it my all, to go all the way. The tournament featured some great lesser-known players but in the end, I was able to win the tournament, incurring just a single map loss.

It’s been a long season for us in CSL. Our team kept up practice whenever we could, against the ongoing tenuous semester. As a result, we were able to win out most of our regular season games and advanced into the playoffs. From here on, it was no joke. Every week we would prepare against our opponents and as we progressed deeper, the preparations got more extensive. For our final match against University of Texas at Austin in the semifinals, which would decide on the team going to play the CSL grand finals at MLG, we practiced for a week of strategies. As the most tournament-hardened player, I helped everyone for their matchup. I spent time sending relevant resources for my teammates to learn builds from, off-raced to help them practice in custom games, as well as offer my own feedback on the best strategy to prepare catered for their opponents. Through extensive practice, we won the match 4-2, with 2 map wins from myself and the other 2 from our players that were outmatched by a whole league (both times diamond vs master). We are all very glad the preparation and training has paid off, and look forward to winning the whole thing. 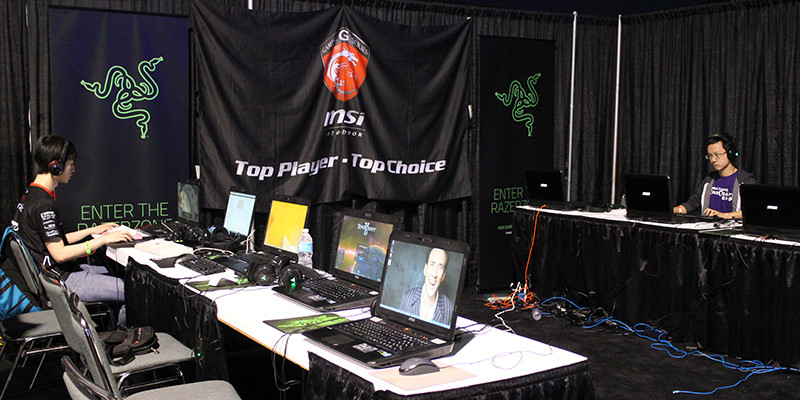 This will be my third time going to an MLG since I started competing, and I am very thirsty for a strong showing. In the qualifiers, I was able to defeat State, desRow, Suppy, Bails, and finally qxc. Historically, qxc has been beating me in every tournament we met, most notably the losers finals of two (!!) IEM qualifiers (Shanghai and NY). In the last few weeks, I have turned things around and defeated him in 3 series back to back. I am very relieved that my improvements are showing through! Luckily for me, I will be seeded into the pool play at MLG instead of having to go through the gauntlet known as the open bracket. When I know my opponents I will begin my preparations and do my best to advance from my group. Very exciting days coming ahead.

I am very excited to step up my game further and convert that improvement into stronger tournament results. I’ve had a few close calls recently as well, such as falling short in the qualifying round both times attempting to qualify for Red Bull Battlegrounds. Also local tournaments where I would lose to ROOT.MaSa in the finals (my true thorn in my side). But if I continue to improve, this will surely change one day. I will be streaming my progress over at twitch.tv/hendralisk_, so tune in if you want to catch my practice – including in-depth commentary. Thank you for reading my thoughts, I hope you will support me in the upcoming tournaments.