First and foremost I would like to thank CYBERPOWERPC. I am currently playing on a Zeus Mini generously provided by them and the computer is amazing. I am very thankful especially to Joey, but also the entire staff at CyberPower that have always treated us like family. Thank You!

About: My name is Jamie Gallagher, I am a 22 year old professional League of Legends player who formerly played for XDG in the LCS and is currently playing for Team Coast in the North American Challenger Series in an attempt to gain entry into the LCS in September.

Prior to Joining XDG 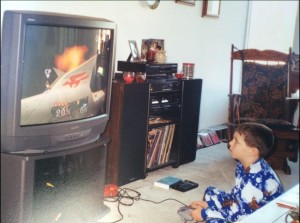 This is undoubtedly the least eventful part of my experience as a professional gamer up until the present. I was a typical high-ELO solo queue player, playing the game 8-14 hours a day, duo queuing mostly with DontMashMe and skipping a great deal of my University lectures to do so. I sacrificed many relationships with my family and friends to put all of my time into playing League of Legends and in that time period all I cared about was winning. Although I performed well in academics I wasn’t ever interested in pursuing them seriously, something that was extremely hard for my family to grasp. The emotions I was going through during this time manifested itself in solo queue and I was really toxic but always invested completely in every game and never wanted to lose. Up until I joined XDG, I never tasted real success and that thought consumed me day in and day out as I played; I wanted my chance to show what I was capable of.

At the time I got the offer to join XDG, I was playing under Curse Academy in the challenger scene and had I declined the offer it is very possible we could have qualified for LCS Summer Split instead of Complexity. A weaker Curse Academy roster lost only 3-2 to Complexity Black in the NACS playoffs and I really think if I was playing with them, it would’ve given us enough of an edge to knock Complexity out. No offense to Complexity, just the reality of that situation from my perspective.

Joining XDG and Playing in the LCS (February 2014)

The question that most people ask me regarding the XDG situation is generally the same: How did XDG go from being a contender at Worlds and top 3 NA team to where they are now? This is a loaded question and also one that I can’t answer completely as I was only playing with the team that is much older than me for a total of two months.

At first, I was simply ecstatic to be going to California and finally having an opportunity to make my dream of being a professional gamer come true. My mother and sister were both very supportive of me at this time. Anyone who has gone through something like trying to make their own way in what is a relatively new job path in North America knows how hard explaining what professional gaming is to your parents. My father has always been supportive of me but he is very much still living in the past and would have likely preferred for me to finish my schooling if I told him what I was doing at that moment and asked for his permission to leave right then.

For the first time in my life I was independent. It was my first international flight, my first time flying on my own, and my first time living on my own. From the time I left Toronto Airport I was terrified and nearly got denied entry at U.S. customs as they put me through a secondary checkpoint and XDG management didn’t prepare me fully / provide me with the necessary documents to seem unsuspicious such as a return flight ticket etc. However, I eventually made it to the XDG house in La Habra, CA., and was welcomed by the team and manager with open arms. Everyone made me feel a lot more comfortable and relaxed with the situation and I miss the time I spent with all of them every day.