As the curtain closes on the 2015 Capcom Cup, the sun has finally set on the era of Street Fighter IV. It’s been an incredible run. 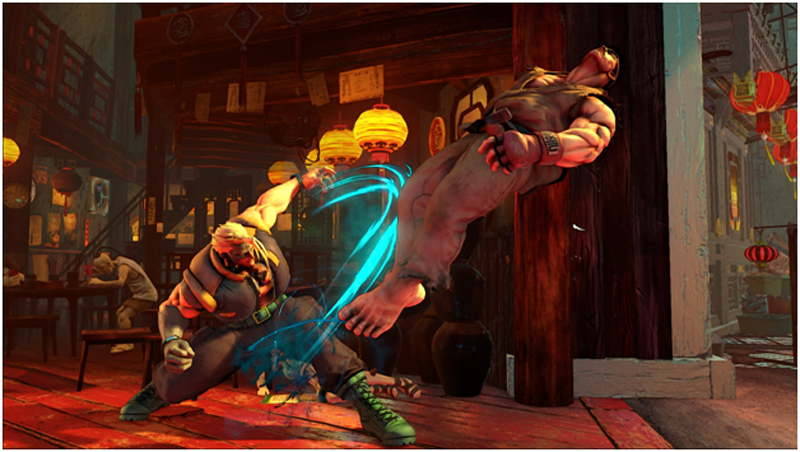 Ever since its introduction on the competitive stage six years ago, Street Fighter IV has continued to evolve — transforming a series kept alive by a passionate, hardcore fanbase into a modern eSports platform, with hundreds of thousands of viewers across the globe eagerly tuning in to competitive tournaments hosting many of the world’s strongest fighters. The ridiculous amount of hype moments the game provided will go down in FGC legend for years to come.

And it only gets better from here.

This February, the next chapter in the Street Fighter saga, Street Fighter V, will hit PC and PlayStation 4 platforms — bringing with it plenty of new faces, new features, new hype, and new controversies. With a brand new cast of characters and gameplay mechanics for high-level players to learn, the competitive Street Fighter scene has been effectively rebooted. Everyone, from the anonymous online warrior picking up an arcade stick for the first time all the way up to fighting game legends like Yusuke Momochi and Justin Wong, will be learning the game anew. 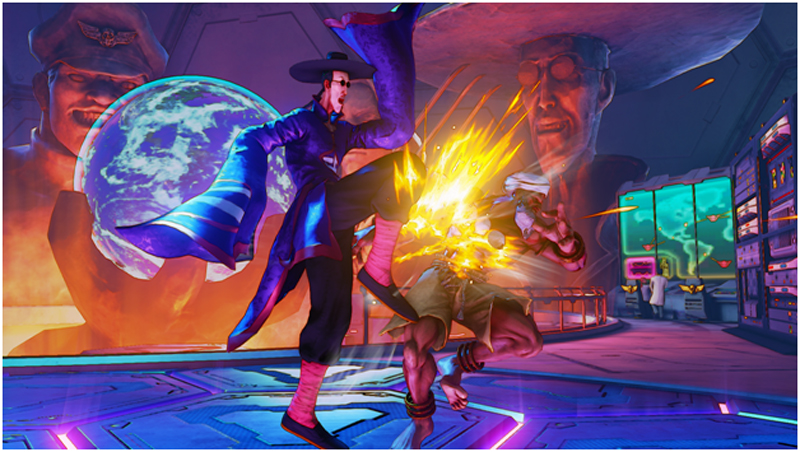 In order to make the game accessible to a new generation of players while still retaining the depth needed for a modern competitive fighter, several aspects of combat have been altered. For example, execution-heavy one-frame-link combos have been removed entirely, expanding the minimum timing window to a more forgiving (albeit still tight) two frames. Each character has been granted a set of normals that can be chained together effectively, known as Target Combos. The stun bar — a feature desired by many players in Team EG’s Fighting Game Division — also makes a long-overdue comeback, producing a visual representation of how close a player is to being brought into a stun state. In addition, the general flow of battle has shifted substantially from Street Fighter IV’s setup-heavy, FADC-laden metagame into a much larger focus on fundamentals, opponent-reading, footsies, space control, and the neutral game: in other words, the essence of Street Fighter. While this may leave some training mode monsters unhappy, it does level the playing field and eliminate an overreliance on execution-heavy traps.

The new mechanics themselves are a mix of new and old, and are as diverse as one would expect from a brand new Street Fighter entry.

First up is the V-Skill, a unique move exclusive to each character. Some examples of V-Skills include a parry for Ryu, an air dash for Chun Li, a projectile reflector for M.Bison, and a ground-pound attack for new character Necalli. Each V-Skill is powerful and enhances the combat capabilities of each character in unique and interesting ways.

Next is V-Reversal, a mechanic similar to an Alpha Counter from the Street Fighter Alpha series. This mechanic allows a player to reversal out of blockstun, escaping an opponent’s pressure and resetting the field instantaneously. This can be done at the cost of one bar of EX meter.

Finally is V-Trigger, a power-up mode that can be activated for each character. Like V-Skill, the effects of this power-up vary from character to character. Some examples include the damage and stun properties added to Ryu’s special moves, or the extra hits added to Ken’s. Other characters, like Necalli, gain access to brand new moves or critical arts.

Ultra Combos also return, though they take on a brand new form as Critical Arts. Each character has access to just one Critical Art this time around, which is activated at the cost of a full EX meter and is capable of doing a ridiculous amount of damage. These moves can sometimes be altered via the activation of the V-Trigger mechanic, but this varies from character to character. 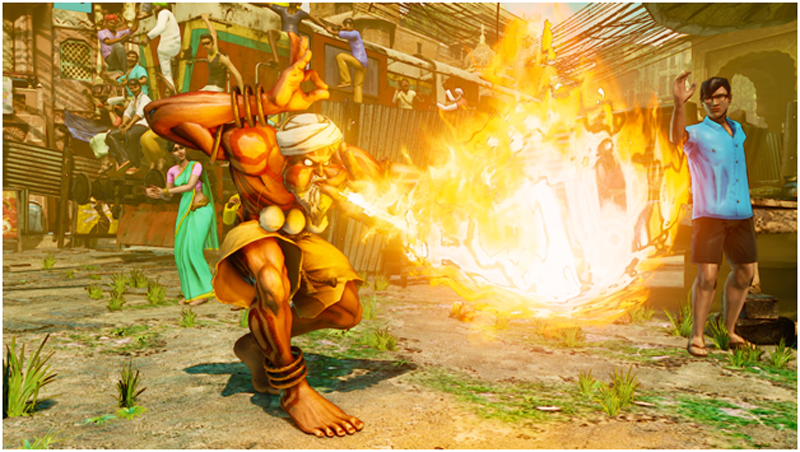 While interesting, this initial roster is somewhat unusual compared to that of the original Street Fighter IV, which had the entire iconic roster of Street Fighter II playable at launch. This was a deliberate decision, according to series producer Yoshinori Ono, in order to entice long-dormant fans of the series to give Street Fighter IV a new look. With Street Fighter V, Ono appears to be targeting gameplay this time around, with a lot of the development team’s effort focused around building a balanced, diverse roster of characters. Veterans may come away disappointed with the lack of certain super-popular selections present during the era of Ultra Street Fighter IV that will likely not be showing up on Street Fighter V’s selection screen for some time. 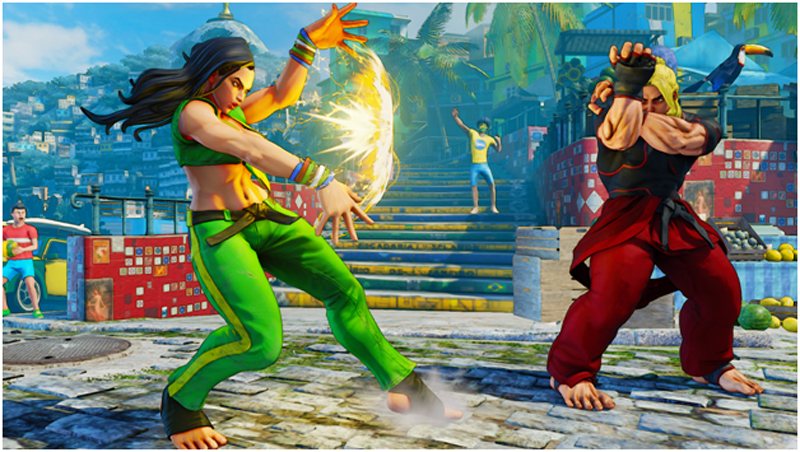 In order to fill out the gaping holes in the veteran selection, several brand new characters will also be joining the fight: fierce, primal South American warrior Necalli, electric Brazilian Laura, wind-wielder Rashid, and creepy, poisonous Shadowloo operative F.A.N.G. In addition, six more classic characters are expected to join the Street Fighter V roster next year, including several long-requested additions: Alex, Guile, Urien, Juri, Balrog, and Ibuki. Beyond that, nothing more has been announced at this time.

Unlike last generation, however, Capcom made a point to announce that Street Fighter V is being sold as a “platform”. In other words, do not expect to see a “Super Street Fighter V” on store shelves in 2017. Instead, players will be given access to all new stages and fighters for free — with a catch. Players can either pay to unlock these new features immediately, or earn enough in-game currency (known as “Fight Money”) to purchase them outright without spending a dime of real money. While it’s still unclear just how much grinding a player will have to do in order to earn enough fight money to purchase any given character or stage, the season pass announced at PlayStation Experience implies the time investment will probably be substantial.

Still, if Street Fighter is going to adopt a free-to-play model, at least they are giving players a choice at all, and players will indeed have the choice this time around. 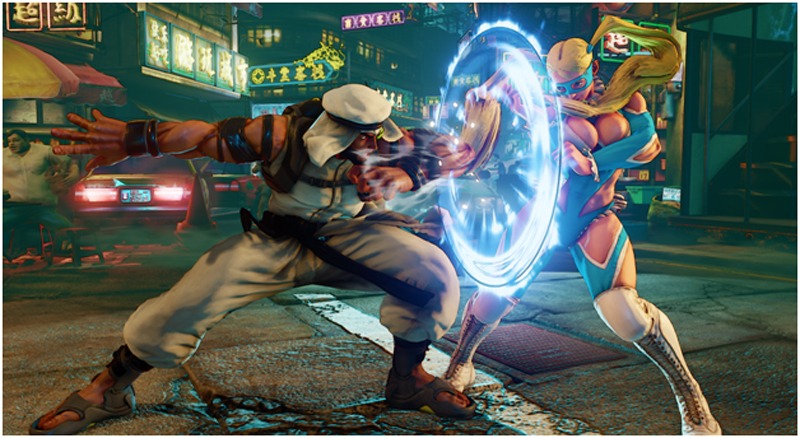 Street Fighter V is also the first game in the series built on Unreal Engine 4, with cross-platform online support for PC gamers to battle alongside their console brethren. An arcade release is not planned at this time (also a first for the series — usually the arcade version is released first, with the console and/or PC version following after several months of exclusivity).

While the changes to the characters and mechanics implemented in Street Fighter V are indeed vast, one thing the several beta tests on PC and console platforms over the last few months have shown is this: it’s still Street Fighter, and it’s still ridiculously hype. The curtain rises on a brand new era of competitive fighting when Street Fighter V hits store shelves on February 16th.