There is nothing more exciting for a support player then landing that clutch Death Sentence or pulling up your Unbreakable at the last second to save an ally. The support position is an integral part of a team’s success in League of Legends, but not in the traditional sense of a high KDA or farming up lots of gold. The League of Legends meta (in its current state) rewards quality support players for their utility towards their team and this has been translated into the professional scene as well. Most, if not every team that has made it to the World Championship this season has a support main who has taken a leadership role on their squad. Each of these players have had a huge impact with their vision control or exceptional play on their champions in game.

With Worlds less than a week away, those support mains have been diligently practicing in Korea to hone their skills and prepare for the toughest matches of their season. We have selected our top favorites, in no specific order, that we can’t wait to see perform at the global stage for the top spot.

Bora “YellowStar” Kim has been around the pro scene since its inception in 2010. Originally, he began his career as an ADC, but later moved to a support role where he has become one of Europe’s best players. After the Season Three World Championships, Fnatic gave him a chance to rebuild a new team around his play style and leadership. This was a risky decision not only for the organization, but also for YellowStar. Their investment paid off and YellowStar, with his newly developed team, had an tremendous year with a 31-5 regular season record and broke numerous LCS records. In addition to their impressive record, they took the monstrous SKT T1 to five games. Even though they lost, no other western team in history had pushed SKT T1 to the breaking point. YellowStar has forged his success through exceptional shot calling and leadership in and outside of the game. 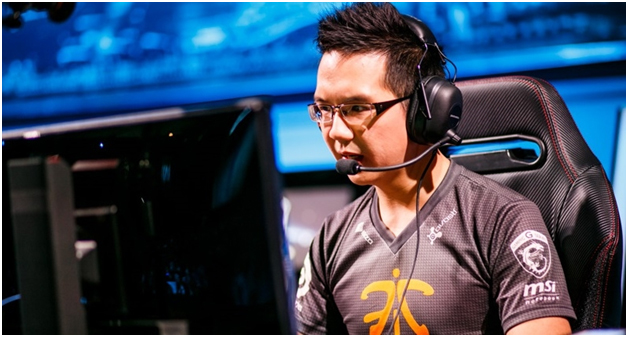 YellowStar may not be the most mechanically gifted support player, but his in-game knowledge is crucial for Fnatics success. He excels with disengage champions, such as Alistar and Janna, where he can decide when it’s the best time for his team to fight. However, this is not to say that his champion pool is small. He is notorious for bringing new champions into the support meta successfully. Even when his team has lost the early game, he relies on his ability to manipulate the match through vision and systematic objective control, which has given Fnatic an edge. Going against teams like iG and AHQ, YellowStar will need to start his control in drafting and insuring his carry lanes can get going. The early game against those teams will be the toughest for Fnatic; however, YellowStar, as the voice of reason in the comms, can dictate the fights and secure victory.

Hu “SwordArT” Shuo-Jie, is one of the youngest supports at Worlds, but he is a veteran in his own right. This will be his second time on the world’s stage, but with a different organization. Previously, he was with the Gamma Bears in Season 3 who fell prey to SKT T1 in the group stage. After that roster disbanded, most of the veteran members were acquired by the Yoe Flash Wolves. After a few roster mix ups on the Wolves, SwordArT began to blossom and his personal level of play dictated the results for his team. Over the season, the Yoe Flash Wolves waned, finding victories earlier in the season and hitting a slump later in the season. Beyond the roster swaps, meta changes, and language barriers, SwordArT continues to adapt and get stronger as time goes on.

He has had disengage style for a majority of his champion pool, excelling at champions like Janna and Nami. He picked up a knack for early roaming to gain a vision advantage before he was paired with a Korean ADC. Kkramer required him to stay in lane to build a bot lane advantage last split, but yet again SwordArT adapted.  Contrary to his usual picks, he pulled out an aggressive Thresh and carried his team to victory in the playoffs to earn a spot at the World Championships. Even though he is young, SwordArT has carried his teams through each season like a battle hardened veteran and continues to grow as a player and leader on the rift. 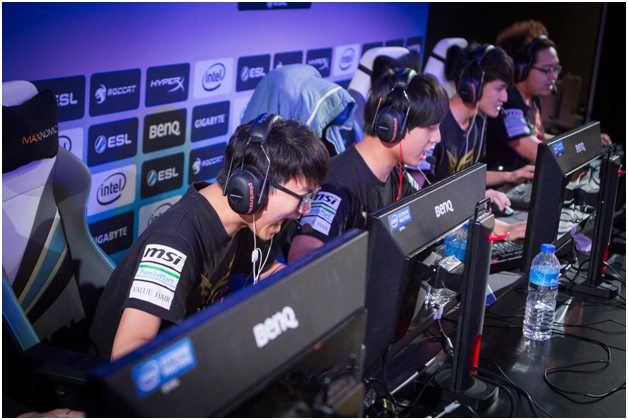 China’s top support player, Chen “PYL” Bo is no stranger to success. He has been the cornerstone for LGD gaming for over three years. PYL has a special skill that no other support across the world can match when it come to his lane partners, he creates diamonds out of coal. A lot of the success that LGD has seen over the years can be correlated from PYL’s ability to optimize his lane partners skill over the season. ADC’s like Styz and XQ were fearsome in their time with LGD. With the addition of the Season Four World Champion, Imp, LGD looked to have the most stellar bot lane in the LPL for season five. Stylistically, PYL is also known for his ability to pick the perfect engage and dominate the lane with champions like Thresh and Leona. When PYL was out for jaw surgery during the the beginning of the second split, he was sorely missed and there was a noticeable dissonance in the team. Upon his return, LGD soared through the LPL playoffs securing their first place spot. 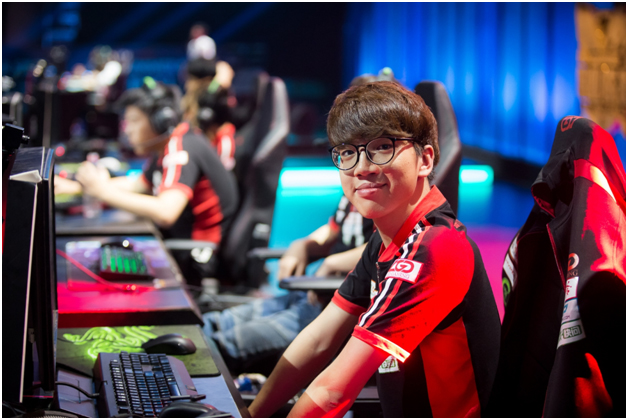 Through the season, PYL created advantages through a series of lane dominance, roaming to the mid lane/enemy jungle, and then deep warding. His roaming in the early game usually guarantees a lane advantage in the early game and most likely LGD secures the first dragon. PYL and his team love team fighting, which their mechanical prowess proves. Sometimes this can backfire for him and on a few occasions it has cost him the game. This is the strongest roster LGD has ever had and their mastermind support is hungry for the glory of the World Championship.

Not a single player participating in the group stages has struggled to find his place among the best in the world quite like Zaqueri “Aphromoo” Black. After many years of impressive regular season  performances and narrow defeats in the playoffs, he has ascended. Aphromoo has consistently been one of the best supports in North America since he switched to the position in 2012.

Since his tour with Counter Logic began he has been paired with one of the world’s best ADC’s, Doublelift. Tragically, the duo lane could not transition their victories into anything substantial for international competition. At the lowest point for the team, Aphromoo and CLG had to claw their way out of relegation just for their spot in the North American LCS. In season five of the LCS, Counter Logic Gaming evolved as team and climbed in the ranks each week they played. Towards the end of the season, the team stumbled and lost four games which put them in a tough position if they were to compete at Worlds this season.

After sweeping through TiP, CLG had to defeat long time nemesis TSM to continue their season. Aphromoo’s shot calling and brilliant mechanics gave CLG their first North American Championship with a clean sweep of TSM. Aphromoo has outlasted and persevered through more defeats and disheartening losses than any other support at the tournament this season. It is now his time to rise up and show the world what all his blood, sweat, and tears will amount to.

Aphromoo’s mechanical transition from ADC to support has gifted him with a mastery of high skill cap champions like Thresh and Blitzcrank. He is the quintessential lane bully, always taking the small advantages in a 2v2 or oppressing the solo laner without mercy. He often sticks with Doublelift unless he wants to establish vision around the map. On many occasions he has been the playmaker for CLG, landing unbelievable hooks or saving Doublelift with split second shield to win a team fight. His champion pool is quite large and strategically he excels in the early game where CLG will snowball their lead for a win. This year has been a golden age for his team and Aphromoo has never looked stronger. Only days remain until we see whether or not he can rise to the challenge of becoming the best support in the world.

Kang “GorillA” Beom-hyeon has been a hidden gem amongst the renowned supports of the Korean pro scene. Early in his tenure with NaJin White Shield, he began to hone his skills in the bot lane and we witnessed the makings of a top player. After an average regular season in 2014, GorillA stormed through a gauntlet and dethroned the previous years Champions to compete at Worlds for the first time. Even though NWS’s season ended prematurely right after the group stage, GorillA had a taste for level play he needed to achieve. 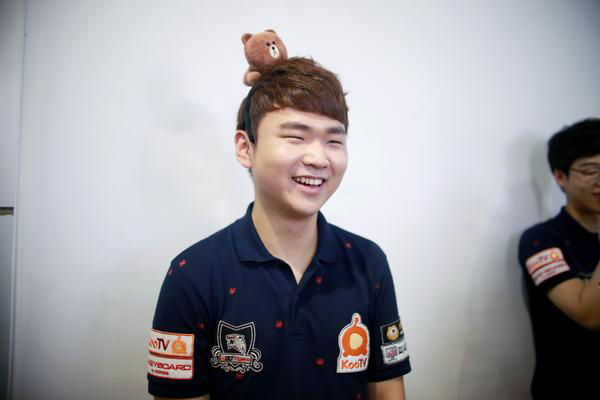 He later left the NaJin organization to join the GE Tigers. Here, he used his notorious Janna to secure eight wins before the team’s first loss. This impressive run got first place for his team in the Spring Split. At the time, his team looked unbeatable before they were astoundingly upset by World Elite at IEM Katowice. This was a devastating blow to him and his team, which caused them to come into the next split disenchanted and disconnected. GorillA pulled through and helped his team secure fourth in the summer split. Through the circuit points of the LCK the renamed KOO Tigers and GorillA  were on their way to Worlds. His phenomenal roaming and vision network is instrumental in the Tigers success. Additionally, his recent success on Kennen and Annie should be a concern for his competition. His rise to fame from an unknown to one of the best in Korean is testament to his recent achievements this year. The Season Five World Championship is nothing short of redemption for GorillA and he will be one of the most exciting supports to watch at the tournament.