The game is set within Paris during the French Revolution, the single-player story follows Arno Dorian in his efforts to expose the true powers behind the Revolution. As the assassin, players see every horrible and wonderful thing this city has to offer. Since the game story is about the French people during the revolution, according Ubisoft, it does not have a happy ending.

For the first time, the series will allow players to customize the character, adopting a skill tree that enables players to assign points earned through gameplay to improve their skills. Players will also be able to customize their weapons, armor and equipment to further complement their individual style of play. Assassin’s Creed Unity also introduces cooperative multiplayer to the series. Players can enter taverns, which act as social hubs in the game, where you can see if any friends are playing the game at the current time. They can also team up to tackle some of the game’s co-op missions. 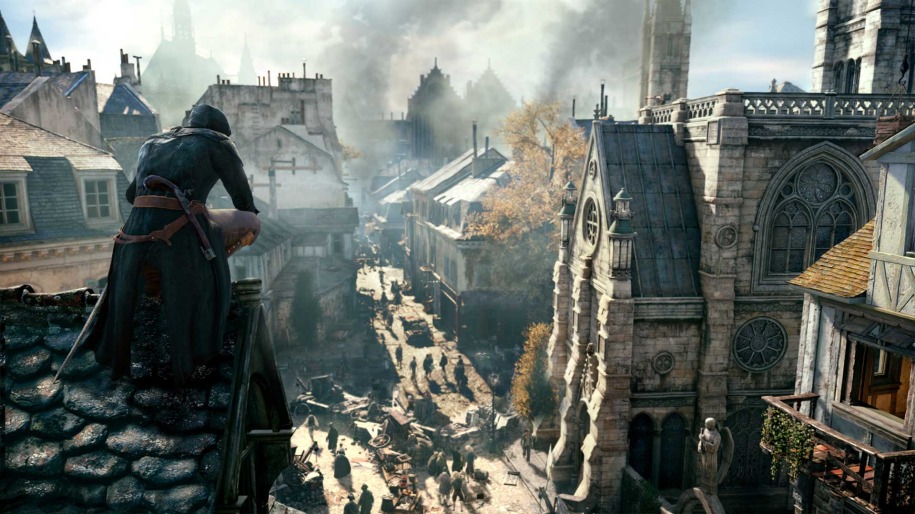 Below are the minimum and recommended PC specs to play, from IGN

Additionally, the following requirements must be met:

The recommended PC specs are fairly high for this one – does your PC have what it takes to run ACU at max settings?