Asymmetric, multiplayer survival horror games have long been lurking in the dark (pun intended), with the exception being Dead by Daylight. More recently, the PC gaming world was taken by storm by a highly impressive indie title called Phasmophobia, where up to four players attempt to track down one of many AI-controlled evil spirits.

Well, indie game developers, Joe Fender and Luke Fanning have just released their own asymmetric survival horror game, Devour, into the ever-growing genre. In the game, a group of up to four players is tasked with performing ancient rites that can break a powerful demon’s hold over a demonic cult’s leader. 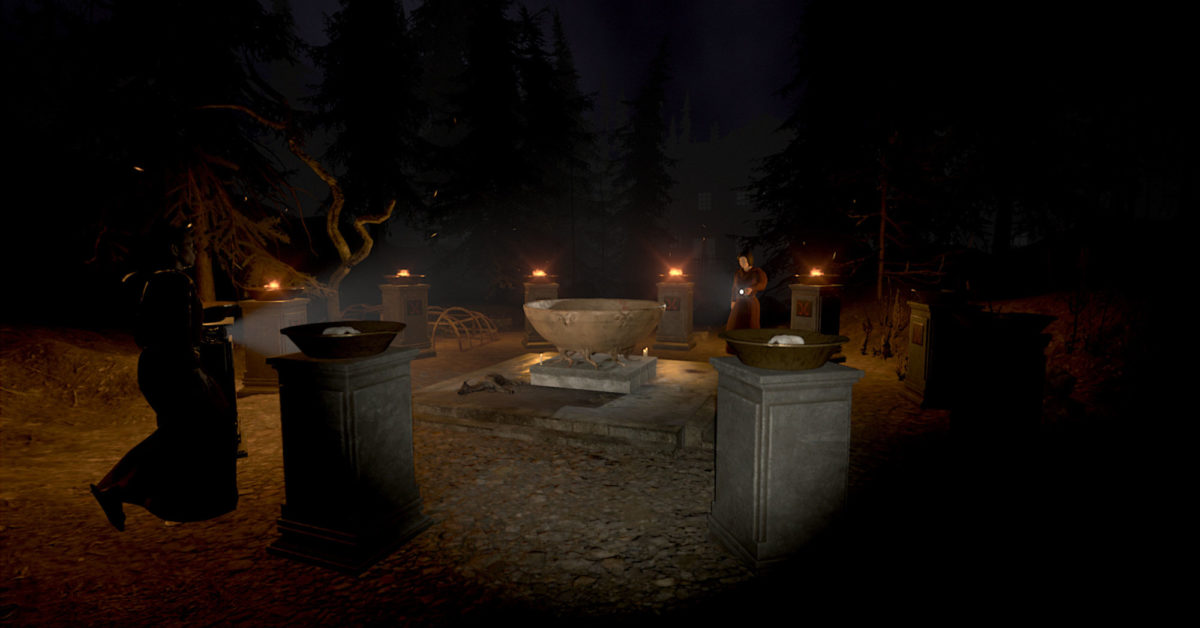 That leader in question is Anna Puerta and her cult is called The Watchers of Azazel—they’ve performed a forbidden ritual, believing that Anna could summon and control the goat demon himself. Unfortunately, something has gone wrong and Azazel has possessed her.

At first, I wondered why my group of characters were all wearing robes. Were we priests of some sort? Actually, quite the opposite. In Devour, the players control members of the The Watchers of Azazel cult, who are desperate to break the demon’s hold over their leader, Anna.

This is no easy task. First off, you’ll have to collect ten sacrificial goats that are wandering around the cult’s gated property. Then you’ll have to burn them at an alter in order to save Anna. While this may sound simple, it isn’t. Anna will spawn an ever-increasing flood of demons that will try to kill you. Not only will that, but the possessed version of Anna herself be shambling around in an effort to locate you and your fellow cult members. In the middle of the cult’s property lies a large house. If either Anna or her demons catch a player either inside or out of it, they’ll become incapacitated. However, just as with any good survival horror game, you do have a way of defending yourself and that is with your handy-dandy UV light. Your powerful UV light can not only burn demons up or momentarily stun Anna as long as her eyes haven’t yet turned red.

Downed players can be revived as long as at least one other player is still alive. You can revive people by finding medikits and administering first aid to the wounded player. These moments can be packed with tension since whatever incapacitated the downed player is usually still in the immediate area and can strike without warning. If all of the players get downed it’s game over.

Things gradually escalate throughout a session because the more goats that you’re able to burn, the more demons that Anna will summon. Thankfully, the game comes with an in-game voice chat system so you can always coordinate your strategies with your co-players. A typical gaming session of Devour can last up to around an hour, give or take a minute or ten. 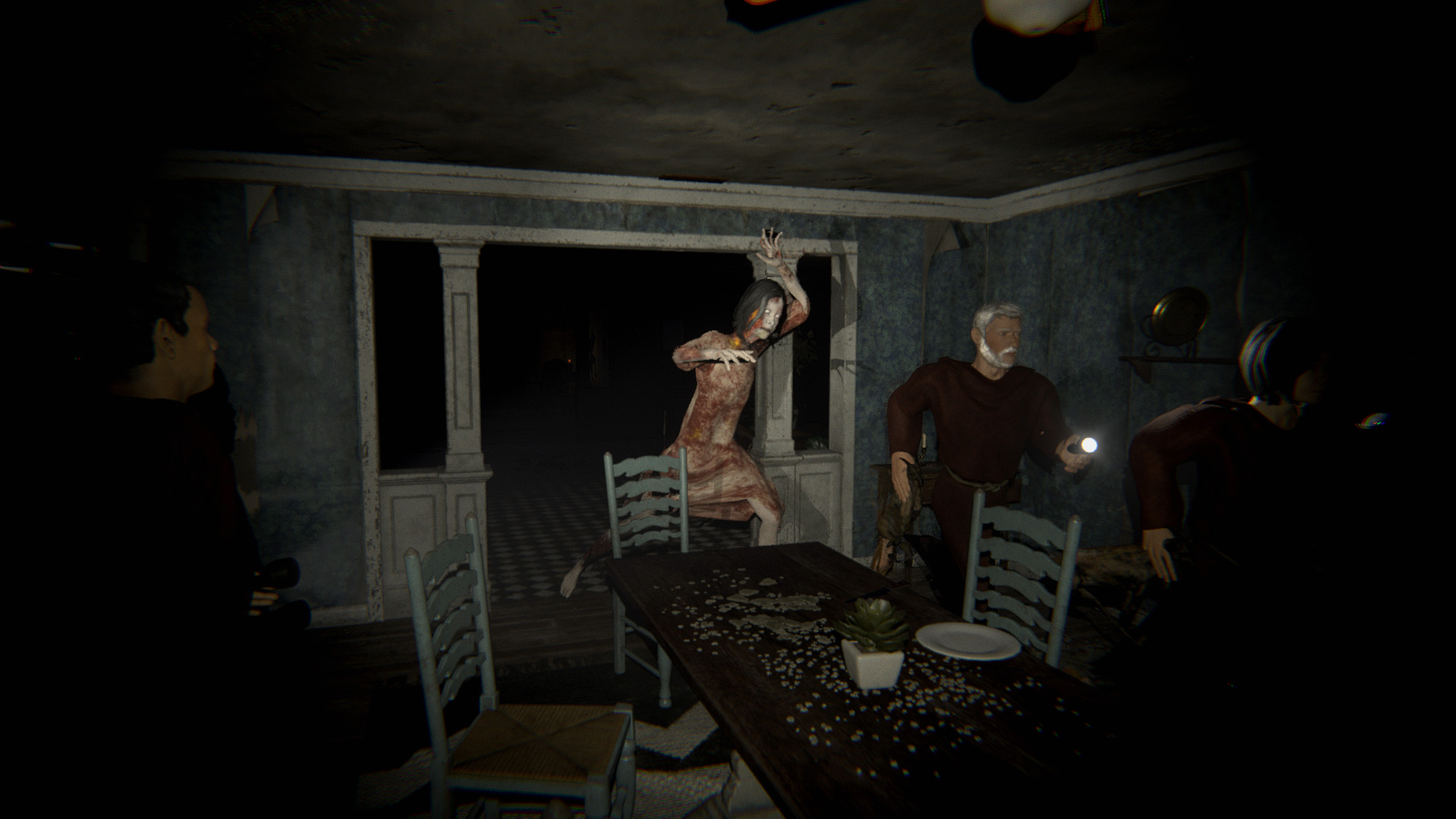 The more you play the game, the more items you can unlock, such as new characters and also new types of robes for them to wear. Although Devour currently only has a single map, it is still reasonably priced at only $4.99, and all of the items are randomly generated at different places on the map for each session—which offers some replayability. The developers are also working on the game’s second map, which they have stated will be a larger, spooky mental asylum map.

Overall, Devour has some great scares even though it’s still in Early Access and is only going to get better with future content additions. Try it out for yourself.

Devour has some pretty good graphics so you’ll need a pretty beefy gaming PC or gaming laptop in order to play it at a decent framerate. Therefore, you may just want to invest in a superior gaming rig: