The game tells a cataclysmic story which happens on the land of Thedas. Dragons darken the sky, casting a shadow over lands on the brink of chaos. Mages break into all-out war against the oppressive templars. Nations rise against one another. It falls to the inquisitors and their allies to restore order.

As the Inquisitor, players will need to lead an ancient organization and put an end to the ongoing war between the mages and templars, as well as seal off numerous rifts that link the physical realm to the demonic Fade. Inquisition provides a gripping adventure, featuring a massive world to explore, deep choice-driven storytelling, and awesome strategic RPG combat. There are four races of inquisitor players can choose, which are dwarves, elves, human, and qunari; and three classes, mage, rogue, and warrior.

This latest action-adventure of Dragon Age also delivers an unparalleled story set in a vast, changeable landscape. It allows players to explore hidden caves, defeat truly monumental creatures, and shape the world based on one’s unique play style. As a leader, players can deploy followers of the inquisition to act on their behalf, at the same time experience real-time and tactical combat. 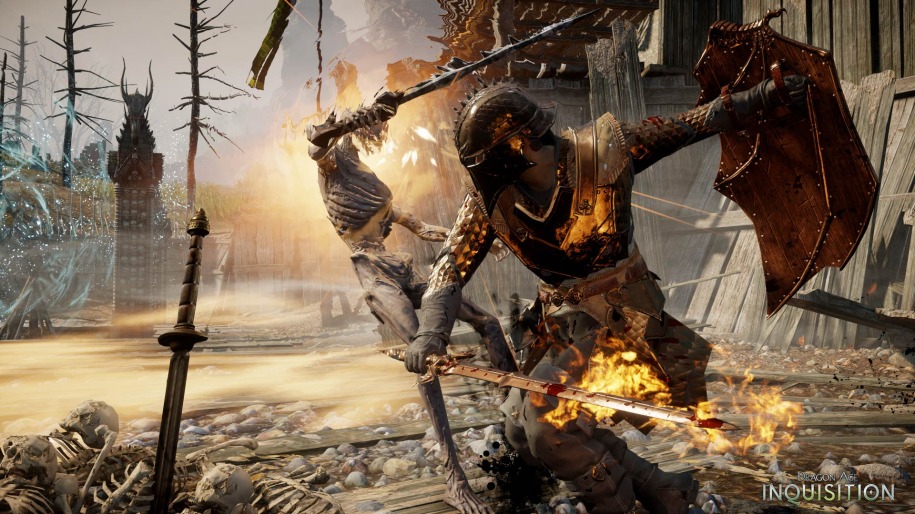 Here is the PC requirement for Dragon Age: Inquisition