First round of playoffs are over and each team sincerely fought hard to reach their position. However, with the EU region starting off the playoffs with a bang, including but not limited to the epic fight between UOL and ROC and the absolute demolition that is Ryu for H2K, there’s plenty to review and much to discuss. Here’s the Quarter Finals Recap of EU LCS. 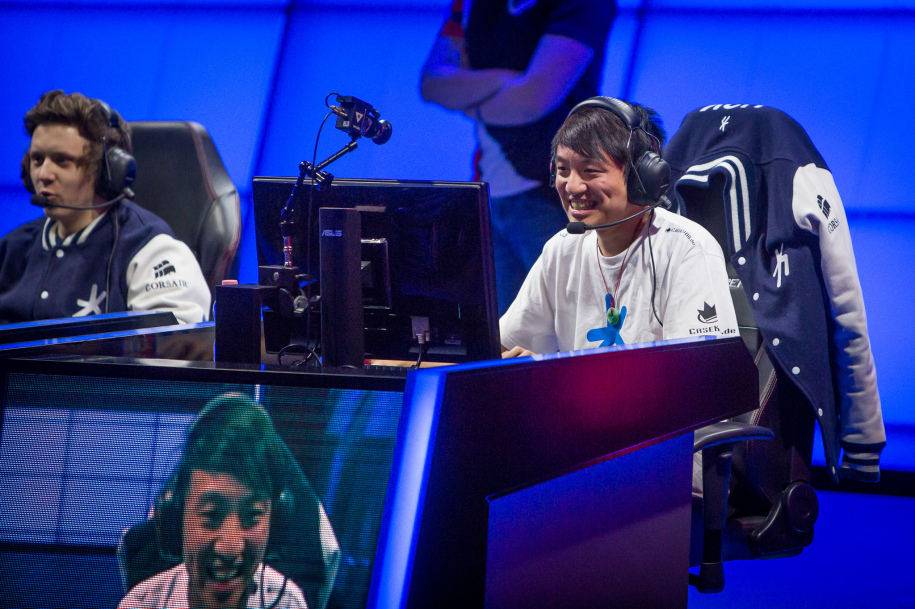 This series, though incredibly one sided, brings a lot of discuss. H2K played their first game beautifully going deathless and seizing the Nexus before the 30 minute mark. The Giants were unable to find a solution to Ryu’s Ahri (Ryu proves to be a trend though all of this) and Werlyb’s Trundle proved ineffective when Odoamne’s Shen got rolling after helping Hjarnan and kaSing pick up First Blood.

Second game, kaSing’s Thresh was banned after being obnoxiously Godlike. However, that didn’t change the result at all. Sweeping up a victory before the 30 minute mark once again, H2K willingly gave up Shen to Werlyb, but was immediately countered by Fizz. Odoamne was up 2-0 before the 15 minute mark, neutralizing Welyb for the rest of the game and set H2K up for victory once again.

Game 3 was a much better game for Giants Gaming. Welyb’s Trundle had incredible pushing power and helped secure turrets and win 1v1 skirmishes. However, this alone was not enough to stop the synergy and team play of H2K’s mid-game. Ryu’s Karthus proved to be amazing with the strong team fighting comp H2K drafted and after capitalizing on a couple mistakes on the side of the Giants, early dives executed by kaSing and a 20 minute baron easily seized through their powerful composition, the team was well on their way for a clean sweep. It’s also worth mentioning that Game 3 was the first time H2K played a substitute, in the form of their jungler BetongJocke who was a nice addition to the team. Between the mid-match substitute and the first Karthus played in the Summer LCS, H2K stands victorious to bring them into the semi-finals where they’ll be squaring off  against Origen. 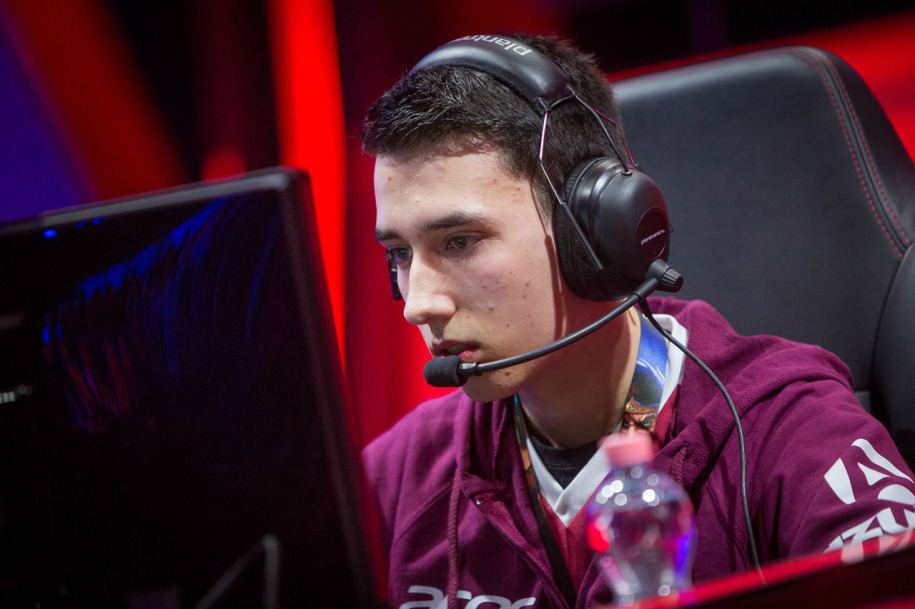 From a sweep to a nail-biter, the bipolarity of EU treated every LCS fan when they received 5 games instead of 3 on Sunday. UOL decided to play H0R0 instead of Gilius, who was played with for the remainder of the season after Kikis left the squad. Game 1 started very one-sided after first blood went onto the side of the unicorns. The lead was pretty much held there the entire game. The only unusual aspect about the matchup was Nukeduck’s decision to play Anivia in the mid-lane which, admittedly works incredibly well with the new AP items. However,  it proved not to be an asset in teamfights and was mostly burnt by PowerOfEvil’s Viktor in the late game. Ultimately, a clean game from UOL.

Game 2 was pretty much just as one-sided. From the excellent vision to objective control to the top-notch team fights, UOL tore apart Roccat with ease securing a total of 3 dragons and 2 barons to round out their victory. More standard lanes were created as Roccat first-picked the Viktor away from PowerOfEvil, but UOL responded with a double AD composition which put Roccat in a world of pain. Although they were always even in fights, ROC’s gold deficit never allowed them to fully capitalize off UOL mistakes making increasingly difficult to combat them at objectives ultimately once again leading to a solid UOL victory.

Game 3 is where things start to heat up. UOL opted to continue with the same three bans for the first two games and ROC punished them dearly for it. Picking up the Kalista for MrRallez, Roccat formed a double AD comp similar to that of UOL from the last game, using Corki instead of Varus. MrRalleZ tore through the unicorns going 6/1/13 making for a very snowbally game and despite all the plays the Unicorns tried to make, nothing proved to be enough.

During Game 4 is where the real match started. Attempting to counter MrRalleZ’s Kalista, UOL drafted a TON of hard CC with Annie, Orianna and Elise. This worked out well for the first twenty minutes of game with ROC turrets falling everywhere across the map and Roccat was unable to combat the team fighting power of UOL. However, when UOL overestimated their power, Roccat picked off both Hylissang and Vardgas giving them opportunity to get Baron. Even after the Baron pickoff, however, the game would continue for another thirty minutes and cycle through three more Barons with the next two going on the side of UOL. In the end, it was Roccat’s superior teamfight and UOL’s overaggression that led to ROC’s win. Despite destroying all 3 inhibitors and both the nexus towers, UOL simply couldn’t close out.

It all came down to this. Game 5: Someone’s going to be moving to the semi-finals while someone else’s playoff season was going to be terminated. After bouncing back and forth and tie-ing up the series, ROC put themselves in a position to steal the Bo5. However, UOL was smart and opted to finally ban away the Kalista from MrRallez. However, there was also a Sivir ban on the side of ROC heavily limiting the pool of playable ADCs. After seeing so much success from the double AD comp, ROC continued that strategy with Corki in the mid-lane and Kog Maw in the bottom lane. UOL opted for the Alistar pick for hard engage but kept PowerOfEvil on Orianna and putting Vardgas on Varus. As the game progressed blood was spilled everywhere. A jungle invade from Jankos set UOL behind which was then responded by an early dive bottom for a kill on both Steve and Vander, setting UOL ahead and allowing the complete neutralization of Steve for the early game. It also set the pace for UOL’s split push strategy which became incredibly prevalent throughout the game. Vander was the MVP on ROC literally blocking all the damage coming from H0R0’s Nidalee and Vardgas’s Varus on his Braum. However, it was Vizicsacsi’s split-pushing Gnar that secured several towers and inhibitors all on his own which set the Unicorns up for victory. By the 44 minute mark, the Unicorns have cracked open the base of Roccat and after a brilliant team fight as they picked off one Roccat member after another, the Unicorns advanced to the semi-finals. They’ll be getting a Spring Split Playoff Finals rematch against Fnatic next week and I think it’s safe to assume that that match will be just as bloody as the one they just came out of. 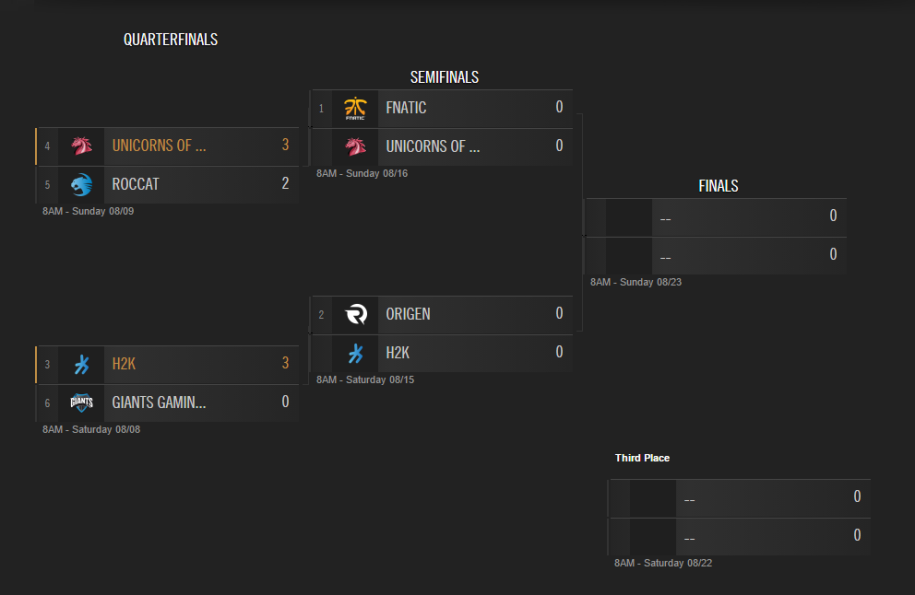 For all your LCS information, keep up with cpgaming.gg.