Final Fantasy XIV’s newest patch is out and it’s time to give it a look! While the previous patch was focused more on the hardcore players, patch 3.3 introduces new content for newer or more casual players as well as some quality of life changes based on feedback from the community. Removing several tedious and frustrating little things throughout the game allows for a more immersive and fun experience to newcomers and a sigh of relief to long time players. The raid however is what truly stands out in this patch as both an introduction to the hectic massive group battle system and a rewarding challenge to players of all skill.

The Weeping (Wiping) City of Mhach is one of the most impressive 24-man raid that I have experienced. The raid tests coordination between the different groups to make each person feel both accountable and that they are contributing to a higher goal. Instead of just playing a designated role, every player must focus on personal positioning as well as side objectives specific to their role. The sense of responsibility and coordination with so many other hard working individuals is just stressful enough to be engaging yet not discouraging in the face of defeat. Knowing that the fate of 23 other players relies on your actions and attention to the fight makes the battle incredibly tense and rewarding to play your part against incredible odds. The game truly immerses the player with the visuals and sounds that surround the entire raid, from the nostalgic introduction to the intense mid battle soundtrack blended together with the breathtaking shifting battlefield, all hopefully climaxing into that final blow and the triumphant victory fanfare. This raid embodies one of the key goals the MMO genre set out to do, to bring people together against impossible odds and to come out victorious. 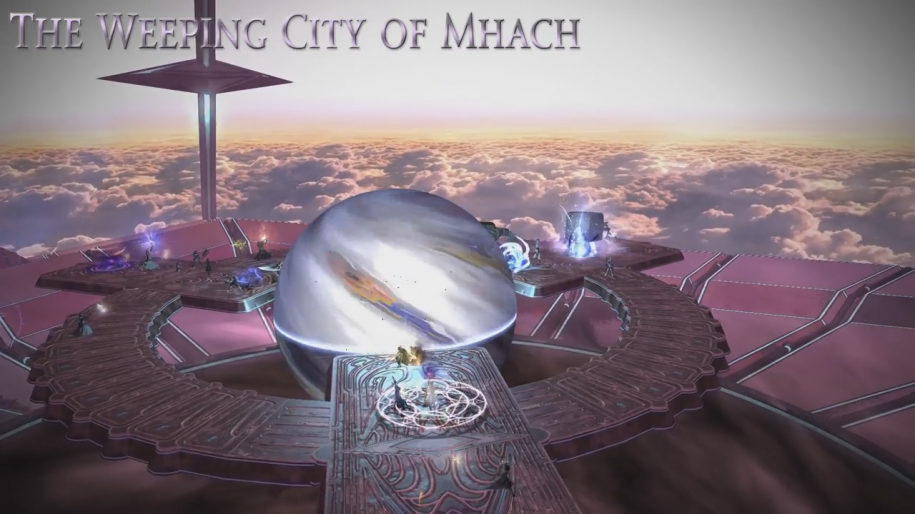 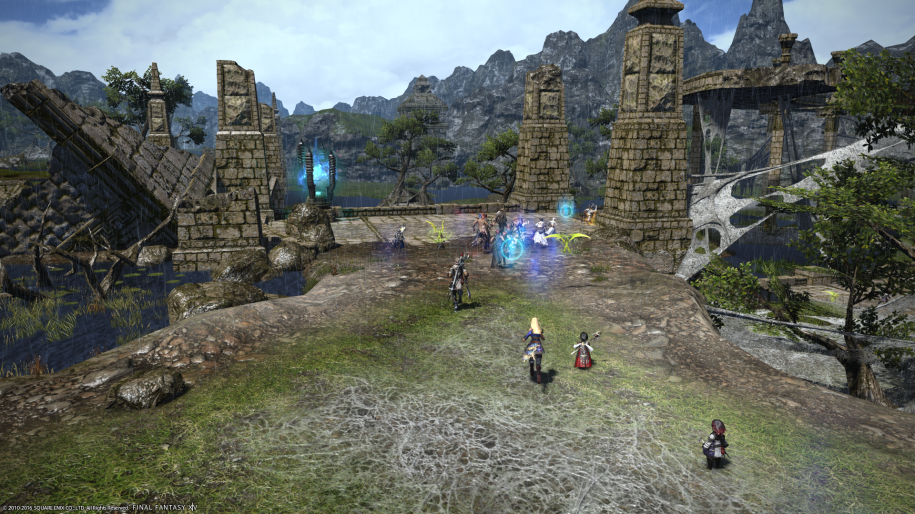 In addition to the raid, the story continues with two more dungeons and the newest primal, Nidhogg. The dungeons aren’t incredibly complicated, though they do add to the story and provide a new place to explore. However, the new primal is incredible not only for how it ties the story and world together, but the scale of the battle is something to behold. Similar to the raid previously mentioned, the visuals and sounds encompass the player, creating both a sense of incredible dread at the scale of the primal and a feeling of courageous determination to vanquish such a vicious and destructive creature. Like any challenge in this game, it’ll take time to beat the “harder” versions for those who wish to challenge the odds even further, but it’s all the more rewarding to finally conquer the extreme version of a raid boss. Rewards of course scale with difficulty, providing an incentive to all skill levels to try and step up to the harder variants.

(For seasoned raiders, Nidhogg EX is easier than Sephirot and should be downed before the next reset) 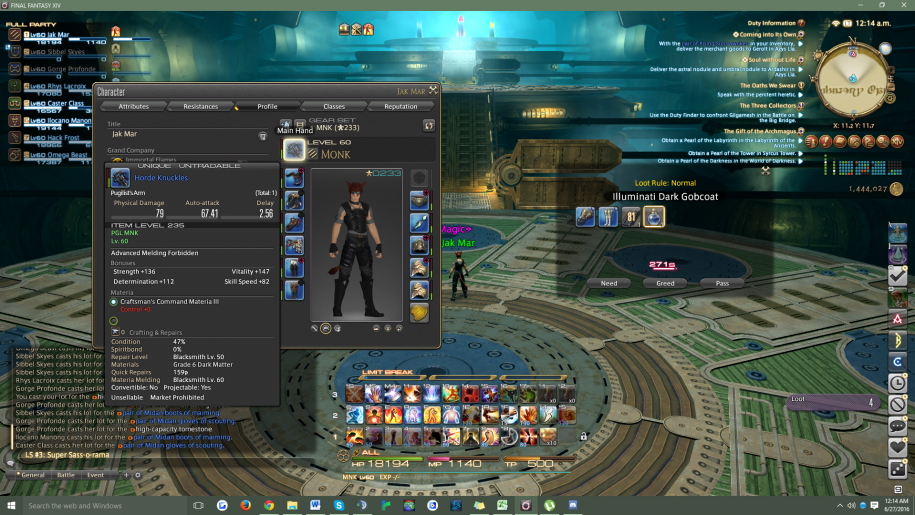 For those who don’t wish to participate in the “raid dance”, Dragonskin maps now have a random chance to spawn a new dungeon known as “Aquapolis”. This dungeon transports the player, and their party, to a separate instance which has a simple goal of “eliminate everything on this floor”. Simple at first glance, but at the conclusion of each floor the players are presented with a choice of “doors” that can send the party out of the dungeon or to another floor with more enemies and better drops. As the doors are randomized, the party feels an incredible rush upon successfully picking the desired door and reaching for the dream of incredible treasure with every success. However, the random nature of the Aquapolis might not be for everyone, the game has also introduced a new upgrade system to the anima weapon. 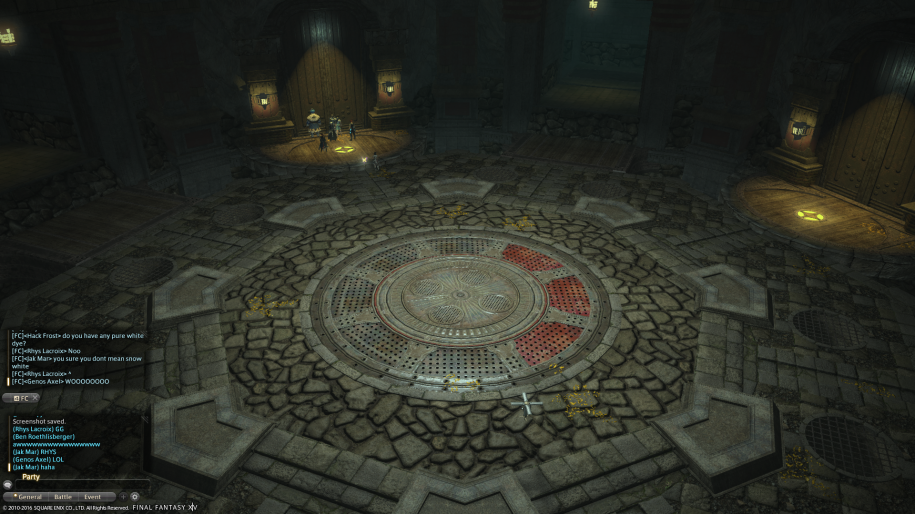 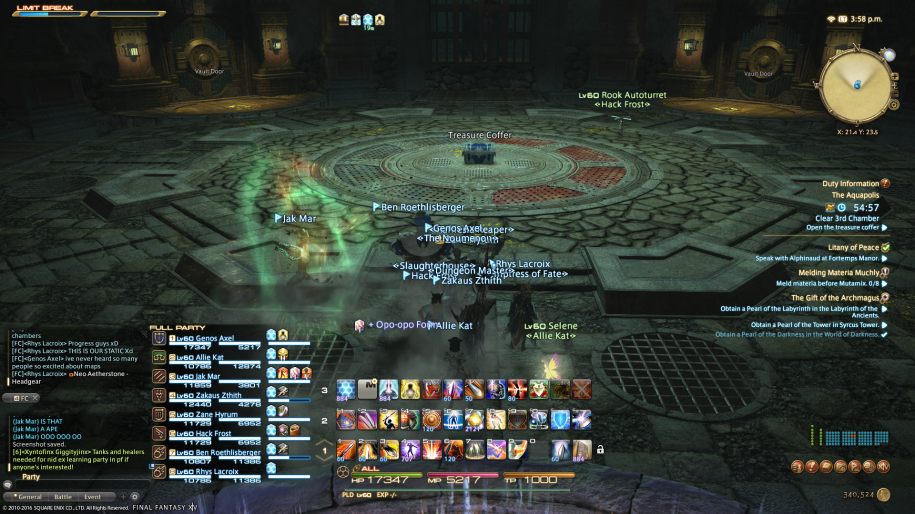 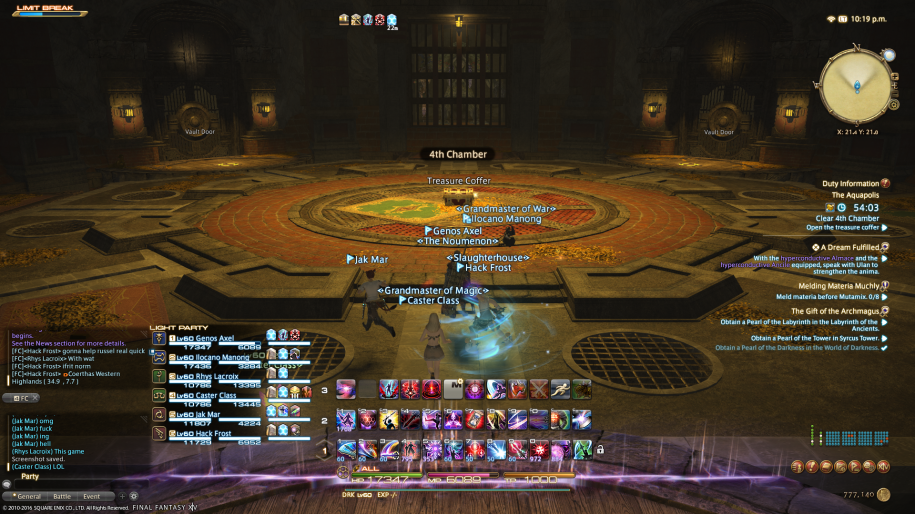 The new anima weapon system focuses on improving it without the tedious disappointment of failing upgrades constantly. By playing through select content, the player earns materials that guarantee an upgrade to the anima weapon as well as customize it towards a specific playstyle. This weapon is incredibly useful even for high level play, making it a worthwhile goal for players of all skill levels. This gives a further sense of progression to the game to those who want to feel that they are always working towards something bigger.

This patch had everything for everybody but in terms of content, this is the best patch to have come out in a long time.  Patch 3.2 was a home run but for 3.3 to be a “catch up” patch, it has loads of content for combat and for crafting and gathering.  Both patches feel like players are finally experiencing the new expansion.  If Square Enix continues patches like these, Final Fantasy XIV will have a bright future ahead.