Grand Theft Auto V is an open world, action-adventure video game developed by Rockstar North and published by Rockstar Games. It has been released for the PlayStation and Xbox, and is scheduled to be released on 27 January 2015 for Microsoft Windows.

The game is the first main entry in the Grand Theft Auto series since 2008’s Grand Theft Auto IV. Set within the fictional state of San Andreas, the single-player story follows three criminals and their efforts to commit heists while under pressure from a government agency.

Grand Theft Auto V blends storytelling and gameplay in new ways as players repeatedly jump in and out of the lives of the game’s three lead characters, playing all sides of the game’s interwoven story. All the classic hallmarks of the groundbreaking series return, including incredible attention to detail and Grand Theft Auto’s darkly humorous take on modern culture, alongside a brand new and ambitious approach to open world multiplayer. 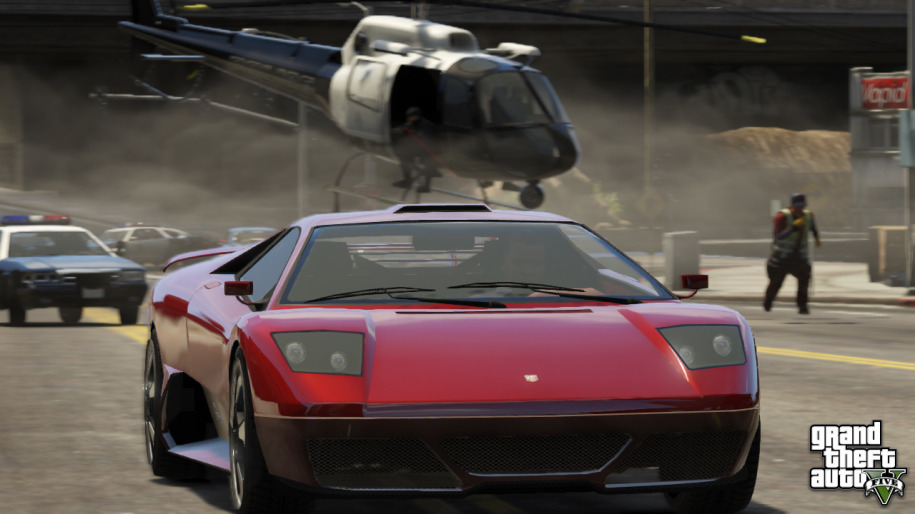 Also updated in the Q&A, Rockstar Games explains the reason they include optional in-game currency in Grand Theft Auto Online. Rather than selling DLC directly, in-game currency is a better way to distribute DLC without dividing the player base each time the company brought out a new content pack. Rockstar Games have been able to give away every piece of DLC so far for free in order to keep the community whole and give people options as to whether they want to earn new content by playing the game, buy new content with Shark Cards or simply don’t get new content and still keep playing the game.

Rockstar also mentioned in the update that though they are not yet ready to give an official release date for #GTAOnline Heist, the company confirmed Heist will be ready early in 2015. Due to the fact that Heist was a much bigger challenge to create, early versions were simply not good enough and had to be scrapped more than once, and they are now finalizing the game and eager to release as soon as it is ready.