Guild Wars 2 is a massively multiplayer online role-playing game developed by ArenaNet and published by NCsoft. Set in the fantasy world of Tyria, the game follows the re-emergence of Destiny’s Edge, a disbanded guild dedicated to fighting the Elder Dragons, a Lovecraftian species that has seized control of Tyria in the time since the original Guild Wars. The game takes place in a persistent world with a story that progresses in instanced environments.

A few months ago, it was announced that Guild Wars 2‘s Living World experience was launching on a path that would result in the game story as well as the whole world of Tyria to reach a point of no return. And now player will finds the Pact’s fleet of airships poised to launch their assault into the jungle, and band of heroes standing before a sealed cave marked with ancient runes.

On January 13, Living World Season 2 will return to take player beyond that seal, and let them discover moments that will forever change the course of Tyria.

There will also be some exciting holiday events for players starting December 16th, 2014 across the core game modes in Guild Wars 2 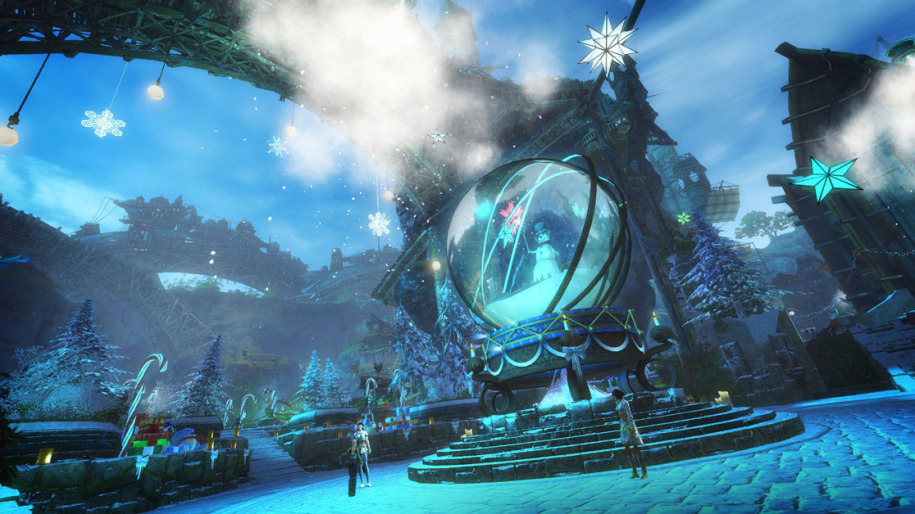 On December 16, the annual holiday festival will make its return at its new home in Divinity’s Reach. Queen Jennah has graciously agreed to host the event to celebrate the Pact Fleet’s coming assault into the jungle, and to lighten the burden on Lion’s Arch during its rebuilding efforts in the wake of the city’s destruction.

Starting December 16, and running through January 13, in this new matchmaking and ladder formulas, player can battle your way to the top of the ladder in PvP for the next four weeks to earn prestige, honor, and prizes!

Right after the World Tournament Series finale event in Beijing, the First-ever ESL monthly championship will be broadcasted on December 10. Join to watch top teams in North America and Europe compete for over $3,000 (USD) in prizes, broadcast live from the ESL HQ studios in Los Angeles and Cologne.

There will also be a non-tournament WvW event called “the WvW Sneak Attack”. From December 16 to January 13, the rules of WvW will be upside down for four weeks, and every player one kills will gain his/her world a point. Objectives under attack will not display their customary white sword, and the Mist War Summons buff will give player an extra +15% WXP gain, +50% Magic Find in WvW, and +15% experience on kills in WvW.