Although holiday sales have not officially started yet, many retailers already released news about their upcoming sales. Both Target and Best Buy will have some great deals for gamers this upcoming week.

According to leaked weekly ads posted by Wario64 on Twitter, both Best Buy and Target are holding video game sales starting the week of Nov. 9, which includes popular games like Destiny, Mario Kart 8, Call of Duty: Advanced Warfare (released today) and even some soon-to-be-released new games such as Assassin’s Creed Unity, Batman 3: Beyond Gotham, and Halo: The Master Chief Collection etc…

For promotion, there is a Buy 2 get 1 free on all video games deal at Target, and Best Buy has a buy one get one 50% off deal for all 3DS games for Nintendo as well as some other video games promotions. 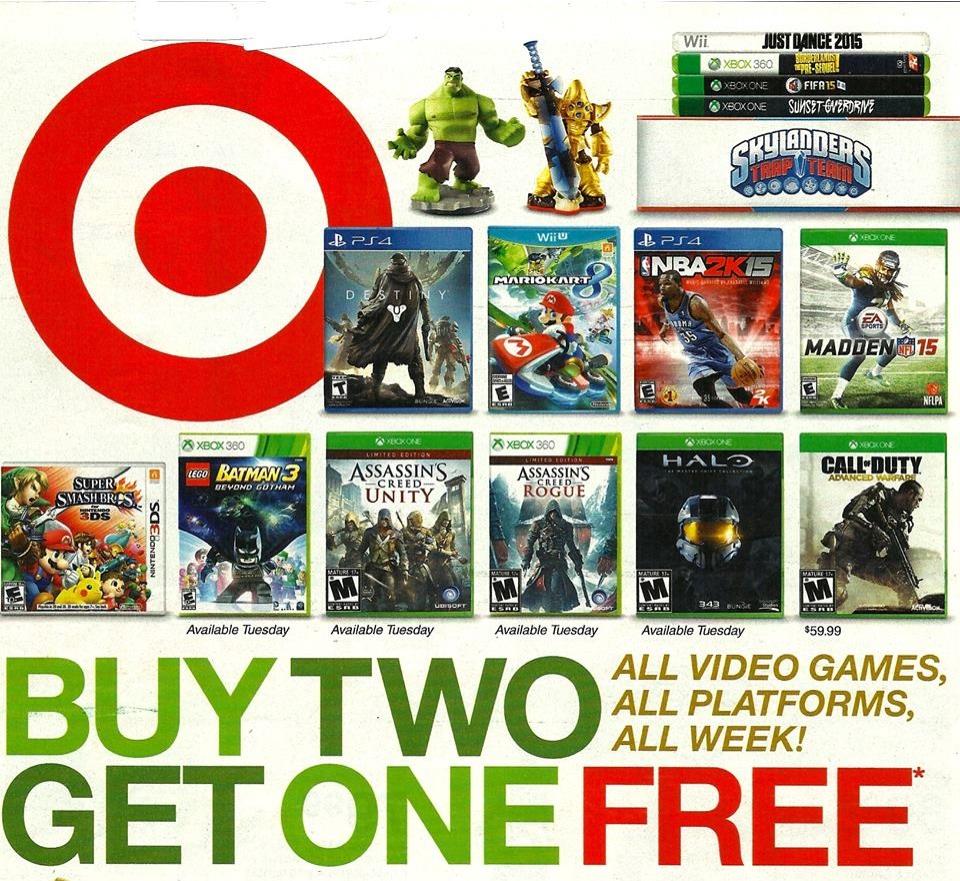 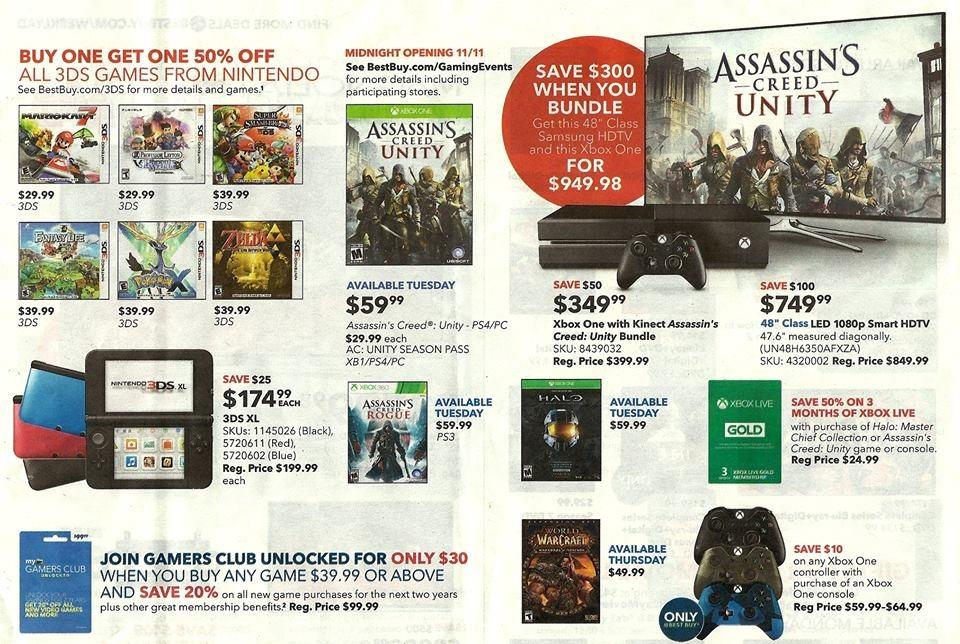 Although it is not sure whether the retailers might change their deal due to this leak, there is a great chance that gamers can get some holiday gifts early this year.