LG announces it will be introducing its first 21:9 gaming monitor next week at CES 2015 which it calls the world’s first ultra-wide monitor specifically designed for gaming.

LG 34UM67 UltraWide desktop monitor has a super-wide 21:9 aspect ratio curved display, which is supported by a translucent stand that almost makes the monitor look like it is floating. Since it’s got a 21:9 aspect ratio, you’ll be able to see details on screen that are hidden from your multiplayer foes playing Battlefield 4 on 16:9 monitors. This monitor has been designed specifically for gamers and integrates support for AMD’s FreeSync in order to prevent screen tearing during more graphically demanding titles. And the display’s Dynamic Action Sync mode minimizes input lag in order to help you get that clutch Battlefield 4 kill, while its Black Stabilizer feature makes it easier to slay enemies in dimly lit areas. 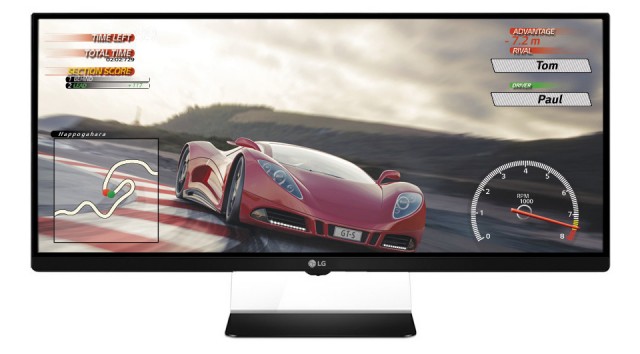 According to Roy Taylor, corporate vice president of ISV/IHV Partner Group at AMD, “AMD FreeSync technology is an innovative monitor technology, based on free and open industry standards, to eliminate the tearing and stuttering that has plagued PC gaming for 30 years…… And AMD is pleased that LG Electronics stands with us with truly exciting AMD FreeSync-ready displays like the LG UltraWide Gaming Monitor.”

LG’s UltraWide monitor has a curved screen in “quad HD” resolution, or 3440 x 1440. It has a 178-degree viewing angle, and uses In-Plane Switching (IPS) display technology for better colors. However, LG didn’t address how much the monitor will cost or elaborate on its availability.

Along with 34UM67 UltraWide Gaming Monitor, LG also has a UC87M multi-display monitors which can be stacked together, allowing one to create up to a 2 x 2 grid of displays to get the best possible view of stock charts and quotes. Lastly, there’s a Digital Cinema 4K model on the way, with a 4096 x 2160 resolution that out-pixels standard 4K (3840 x 2160). 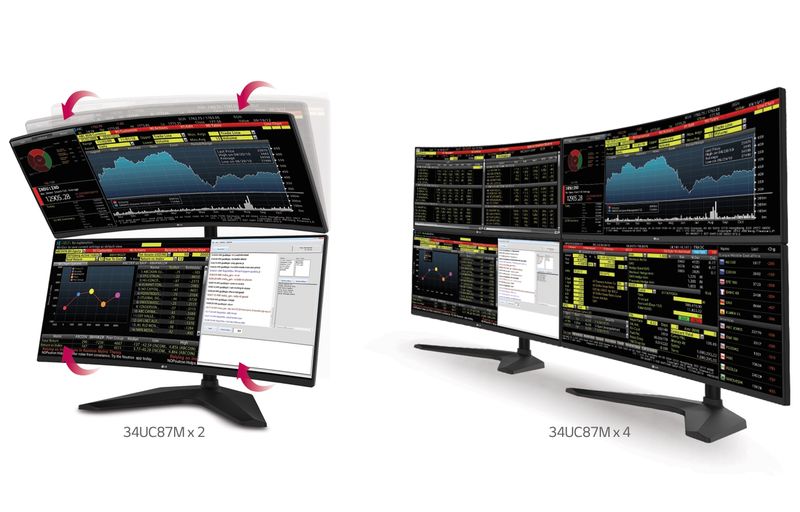