Game Director for Mortal Kombat X Ed Boon brought players a very pleasant surprise with a DLC package including the classic movie icon, Predator. As of September 2nd, however, it appears that Ed Boon has intentions of releasing a second wave of DLCs altogether.

The following picture was posted on Ed Boon’s Twitter confirming there will be 4 more DLC characters who will make their way into fights in 2016. Netherealm Studios have confirmed that this next wave of DLCs will include new battlegrounds, skins for existing characters and of course new playable characters to rip out your opponent’s skull. 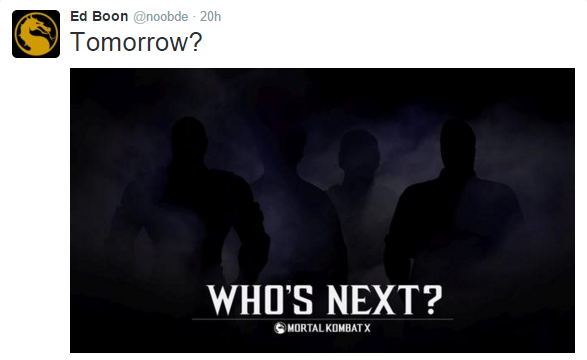 No further details have been released but Ed Boon responded to a post on his Twitter with some very fun faces with the comment “Interesting Theory….” I certainly hope this theory holds to be true. For all things Mortal Kombat, keep up with cpgaming.gg. 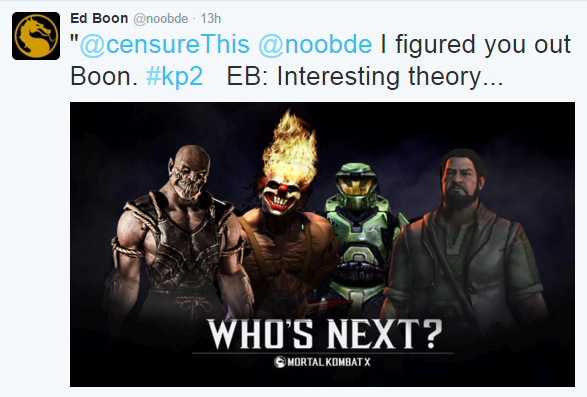