This blog has been divided up into two parts. Part 1 is below:

Hi Everyone! I’m going to talk about two things: the TI invites–specifically Fnatic –and ESL One Frankfurt.

First I’d like to just talk a little bit about myself. I’ve never been an overly open person. I have a predisposition to withdraw into myself when things go wrong and my favorite response for doing stupid things is to wait and hope people forget. This coupled with the fact that I’m very opinionated makes it very easy for me to do stupid things, and then make them worse. So this is long overdue by now, but I’d like to publicly apologize to team Fnatic and their fans for this tweet:

Twitter is a terrible medium for discussion and I should not have said something like that without context. I know a lot of people interpreted it as I think Fnatic are bad and aren’t good enough to be at TI. That was not my intention and that happened because I was dumb, which I apologize for. I have a tremendous amount of respect for the players on Team Fnatic, especially KyXy for having to deal with the repercussions of misclicking an aegis and still fighting–with success–to prove that he is one of the top players in the game. The internet is not a nice place, and with the amount of hate I got over 11 words, I can’t really imagine what he had to go through. Much props again to him for cutting through the noise and repeatedly coming out ahead.

With that said, I don’t think that Fnatic should have gotten a direct invite to TI5. Not because they weren’t good enough–they were probably the best SEA team–but simply because they formed one month before the invites were given out. I feel like my reaction was also partly because of my personal experience in team PotM bottom, where we formed much more than a month before TI. We had pretty decent results leading up until TI, and were passed over for even a qualifier spot. Here is what I’ve heard as the two main arguments for Fnatic to be invited:

2.  Fnatic players have a pedigree that shows a history of success, which means they have accomplishments that transcend their month as a team.

Number one is a particularly valid point. I do think TI should be the best of the best. However, I also feel like Fnatic did not have enough tangible results at the time, simply due to how short they were together as a team. Winning qualifiers over a period of a month should not result in a TI invitation that other teams have been working for over a year. I think that if Fnatic did not get invited to TI directly, then they could have simply qualified.

Number two to me is not a valid point and is in my opinion, dangerous. If players can get an invite after a month then in my opinion, it devalues what other players have worked for the 10 previous months. TI already has a dominating effect on the scene and this compounds it. Furthermore, it’s not unheard of for people in esports to simply ignore their contracts and leave their old team. Let’s be honest here, esports contracts are rarely enforceable simply from a monetary cost benefit perspective. The only exception in my opinion is League, because Riot has absolute control of the scene and they care about more than just the monetary cost benefit. This has the potential to leave some players very stranded right before TI, which I think is the worst possible outcome–imagine sticking with a team through thick and thin for 10 months, with the dream of going to TI, and then two of your best players simply up and leave a month before TI. That’s pretty awful. If you’re kicked from a team or your team disbands in esports, you usually lose a lot of time with no recourse. There’s no severance package–you’re just instantly on your own. I would also like to note that this might all just be irrelevant with the advent of the Dota major system but I think it’s still worth reflecting on. 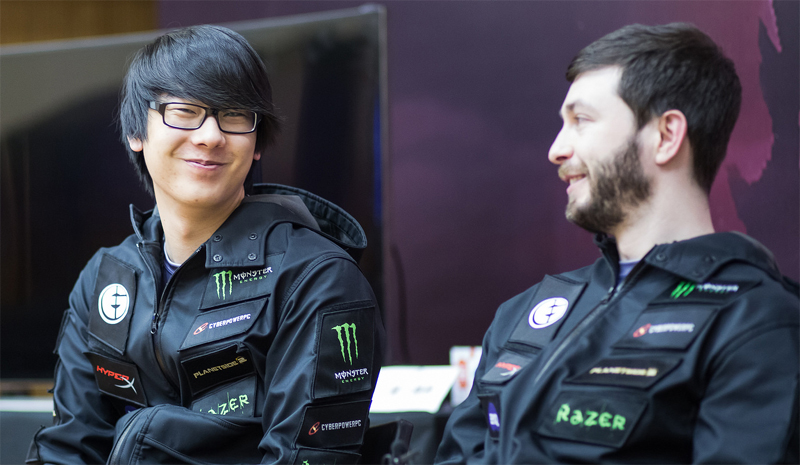 So in short, I do think TI should be the best of the best, but I also feel like a dangerous precedent is being made by inviting a month old team. At the same time, I feel a bit silly saying things like precedent because it’s not like invites are some coded automated process; clearly Valve can make an unpopular hard choice like not directly inviting NaVi. Basically, I think that if a new team is good, stick them in the qualifiers where they will win; Fnatic most likely deserved to be at TI, but I still think they should have had to further prove themselves in the qualifiers. I would like there to be an official cut-off time communicated from Valve to the players for invites and qualifiers. I’d also argue for more qualifier slots in an offline setting, but that’s probably for another time.

I’d also like to talk about Rave, because I expected them to be a TI invite. They had the longest standing roster out of any team in contention for TI. They by far had the most earnings out of any SEA team and in my opinion the best results. They ran into some bureaucratic garbage that affected them in the time period before the invites were given out. They were relegated to the TI qualifiers. Their manager said their conditions during the TI qualifiers were bad. They did not advance to TI, which is pretty awful. However, I guess luck is a part of success, but man that really sucks. Also, it’s sort of bad they probably entered into the TI qualifiers with giant chips on their shoulders. Mental state is a huge part of Dota and I think I wouldn’t be able to play my fullest if I was blocked by some dumb immigration thing, and then passed over for something I think I deserved. Not to mention having to deal with lag/spikes during the most important games of my life. Yup I’d actually go crazy.

Stay tuned for Part 2 where I talk about the positives and negatives of ESL One Frankfurt.