It’s going to be the match of the century. A rivalry that has stemmed from the beginnings of the LCS, we are getting a CLG-TSM North American Finals. Although TSM already has their world’s spot in place, they’re not going to give CLG any handouts as they’ll be looking to crush them every time the opportunity presents itself. This year, however, CLG is coming out of the gates swinging, prepared for whatever may come their way after coming off an incredibly convincing 3-0 sweep against TIP and have held their ground. Between CLG’s thirst for a worlds spot and TSM’s relentless victories the past couple rounds, this is a match that nobody wants to miss. 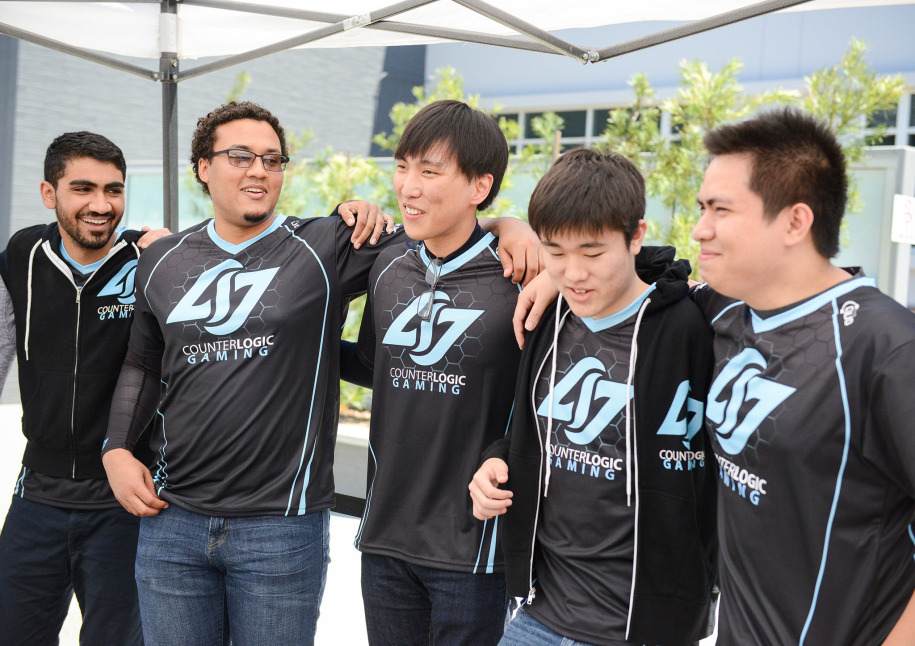 When I predicted the CLG semi-finals match, I assumed that the two teams would go to 5 games. After a clean sweep, I immediately assumed that I overvalued TIP’s play after watching their quarter-finals match. After reviewing the games the second time over, however, I realized that is was CLG that I underestimated as opposed to TIP. Doublelift may have appeared to put the team on his back, but in actuality the team performed better than they ever have this past split. Xmithie was on point with the tank Ekko jungle and held his own against the best jungler in NA. Meanwhile, ZionSpartan too a load of pressure off his team when he was put on a carry with Olaf and applied valuable split-pushing on Gnar. Pobelter basically abused Gate during the laning phase and showed signs of promise on both Viktor and Orianna. The team overall demonstrated that they can adapt in-game without tilting off the face of the Earth and kept their excellent early game rotations whether it involved lane swaps, jungle invades or counter ganks. This truly is the golden age for CLG.

Although they performed excellently against TIP, TSM is a team of a whole different caliber. CLG definitely showed they have the skill to beat the former NA Champions, but with TSM’s ability to adapt in and out of game to any strategy, a skill they’ve demonstrated time and time again, 2015 playoff TSM may be the toughest challenge CLG has to face to date. Something that TIP failed to execute was their potential to challenge CLG with different strategies. Outside of the Tristana ban in Game 3, TIP let CLG do whatever they want and CLG responded by repeating similar compositions in all 3 games. A large question surrounding the team is whether or not they have a backup plan. We know Doublelift and Aphromoo both have a mastery with many champions among their position, but for Xmithie, what does he have up his sleeve outside of Gragas and Ekko? The same question is presented to Pobelter as he has pretty much been playing the same champions repeatedly throughout the entire split. So if TSM deny him of the Orianna and the Viktor, does he have a strong mastery on anything else to compete with the master of middle lane Bjergsen? Additionally, CLG should look out for the mid-game compositions that TSM enjoy gravitating toward. Because of their strong team fight and communication, they’re able to push advantages very easily and can quickly bring a tower lead to an insurmountable gold deficit. CLG has proven that their early game is outstanding and their late-game is coordinated, but the emphasis on the mid-game simply isn’t there yet. So CLG either need to find a solution or fix their game plan because this is definitely a weakness preventing from taking their first title. 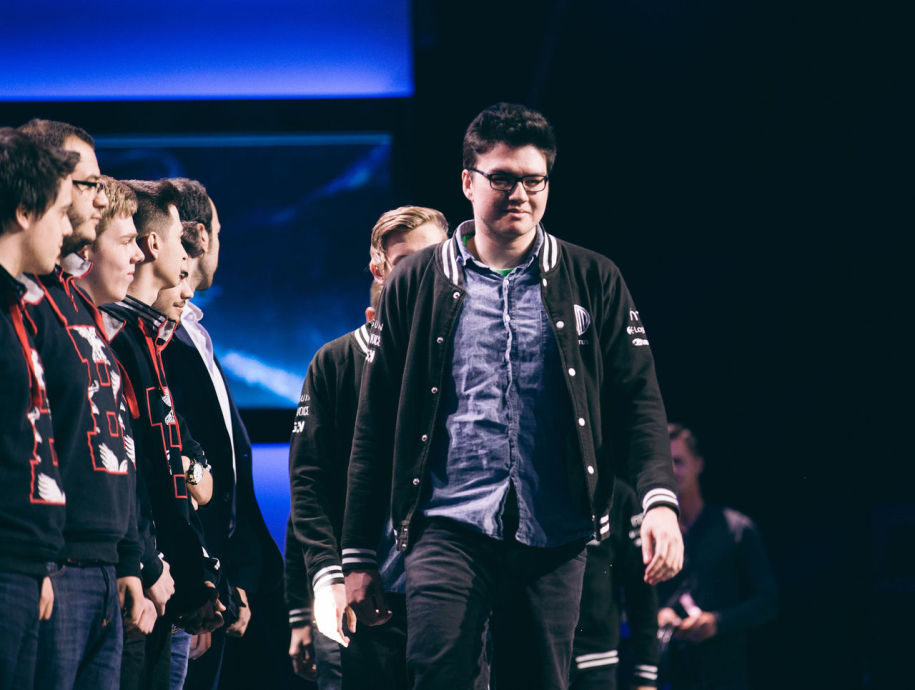 I was just as shocked as many to see that TSM was able to very convincingly take games off Team Liquid, which I originally thought was the best team walking into the playoffs. But of course, playoff TSM is not something to mess around with. WildTurtle silenced me with his amazing Jinx ultimates, securing kills and even a Baron, and even proved that after being down in lane against Piglet was not going to hold him back from carrying his team. Bjergsen proved once and for all who the best mid-laner of North America was (though it simply appeared that whoever had Azir wins) and Dyrus could not have been more dominant on Quas. When the team started rolling, they just could not stop snowballing every little advantage that was given to them until they were confident to end the game. The vision and communication of the team sustained throughout all 4 games and even in their one loss their play was excellent. Rolling off two wins in the playoffs now, TSM look solid to secure yet another title to their name.

Sadly, it will be very difficult for WildTurtle to have the same game as he’s been demonstrating if he’s going against the most aggressive bot lane in the NA LCS. Aphromoo is regarded to be the best support in the region and for good reason. His playmaking potential is absolutely invigorating for the team and one mis-step from WildTurtle could cost him his life. We also saw WildTurtle perform exceptionally well on Jinx while his Sivir play was less than admirable. This presents the question of what champion he’ll default if Doublelift chooses the Jinx for himself, which we all know he can play really well. Additionally we saw that Santorin really likes the Ekko as well, but demonstrated he can use Elise and Gragas in the past. We’ll see just how high a priority Ekko is for these junglers and observe who can make more plays around the map. After Xmithie convincingly held Rush down through excellent vision and masterful outplays, Santorin will have to be very smart about this.

The lanes are really close to tell. I think Pobelter isn’t as good as Bjergsen but can definitely hold his own with his insane champion pool. I’d also put Zion and Dyrus on equal footing as they have similar play styles and champion pools making them pretty incomparable. The jungle is a shroud of smoke since we haven’t really seen Xmithie play on anything else besides Ekko in the post-season and I’ve already explained the dominance of CLG’s bot-lane while touching on WildTurtle to turn around lost lanes and carry his team to victory. In terms of skill, it’s really really close. That’s pretty much all I can say.

When it comes to picks and bans, Azir is most likely a priority ban for CLG unless Pobelter can play it, which we’ve seen in the past. Other than that, I’d target ban WildTurtle of Santorin just to force out another strategy from TSM and see them play something different. The strategy will be similar for TSM. I could see them completely target banning Xmithie since nobody has seen his Evelyn or Elise as of now and Pobelter is a prime target without Twisted Fate, Orianna or Viktor. Regardless, each team needs to understand that the TIP strategy of single team compostion execution simply will not work in this match.

As stated above, CLG will most likely win the early game because they understand the lane swap game better than any other team in the region. Additionally, ZionSpartan would be happy to 2v1 at any time since that’s nothing something foreign to him at all. To capitalize, an emphasis in the mid-lane should be targeted by both teams as TSM would want Bjergsen to get strong as soon as possible and CLG won’t want Pobelter to fall behind. The mid-game has traditionally been known to be CLG’s weak spot so forcing team fights around towers and objectives would be beneficial for TSM, though they’ll need to adapt to a different strategy if they put people on split-pushing duties. When it comes to the late-game, everything is up for grabs. There will be Zhonyas used, summoners burned, ultimates thrown out, incredibly high DPS on both teams, and blood spilled to the floor as both teams have proven that their ready and willing to fight. 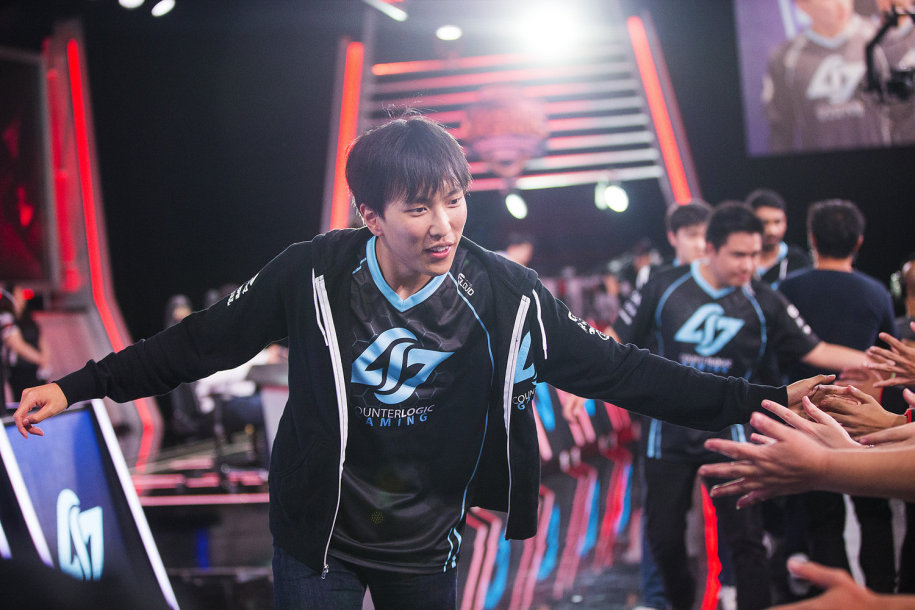 This WILL NOT be an easy game. In fact, if CLG brings anything short of their best, they WILL lose. There’s 3 key reasons why CLG will beat TSM this weekend. First, CLG’s early game adaptation works in magical ways. I’m not even talking about the minor gold lead, or the delayed jungle pressure. I’m talking in the psychological game, they’re unpredictable. They can start off either maximizing the uses of their camps, a hard jungle invade, a unique lane freeze, virtually anything. And this is something that even aggressive teams like TIP could not find a solution for. This early game sets up the vision for the duration of  the game, it sets up the carries for the duration of the game and it makes it easy for CLG to survive their weak mid-game so that they can dominate in the late game. Second, CLG has information they can use against TSM while TSM is left with several question marks. CLG knows that Bjergsen isn’t the best on Viktor. CLG know that Jinx is WildTurtle’s number one default. CLG know that Dyrus mirrored Zion’s style of play. CLG know that the Lulu is high priority pick for TSM. And what do TSM know? Xmithie is good on Ekko and….oh that’s all they revealed in the TIP game. Everything else I mentioned was gathered from common knowledge of the summer split and might not even hold up after CLG’s two weeks of practice. CLG isn’t a team that need to create their play around their players, all of them are skilled enough to hold their own. Therefore, they have the ability to utilize what TSM might want to play and will be more than happy to create a counter composition against them. Lastly, TSM already secured their spot to worlds. If they lose this match, they’ll be in the World Tournament by default due to having the most championship points after reigning as the Spring Split Champions. However, CLG does not have any insurance. In fact, this would be their first taste of Worlds so you better believe that they’re giving their 110% in that game. Even though this factor has nothing to do with skills and abilities, it does talk about mindset which is something that can drive a player to do things nobody would believe. It’ll be close. It’ll be bloody. But CLG has come too close to let the sand fall through their fingers this time. I believe we’ll be seeing both these teams in the World Tournament.

What do you think of my prediction? Let me know in the comments down below and make sure to keep up with cpgaming.gg for all of your LCS news.