The North American LCS Playoff kicks off August 8 and it appears to possess the most competitive set of teams to date. After Week 9 of the LCS Summer Split, huge rifts and gaps were closed as the number one team in the league, Gravity, fell from first to fourth after their tie-breaker game with Team Impulse and Team Liquid and Counter Logic gaming duked it out for the number one position in North America with TL ultimately coming out no top. With rosters full of veterans thirsting for a playoff position, no team should be counted out in this split’s playoffs. With that said, every matchup is unique and intriguing in their own way with lots of information to digest on each side. We’re going to break it down piece by piece starting with the first round of the NA LCS Summer Playoffs.

The lovable losers of Week 9 will be the first two teams to hit the grand stage . Although the Spring Split started off phenomenally for Team Solo Mid, they experienced a mid-season crisis when news about a roster change for the ADC position was announced. Although no direct evidence points to Keith’s acquisition being the indicating change in TSM’s performance and TSM has officially selected WildTurtle as their starting ADC, it marked the starting point for the decline of the 2015 Spring LCS Champions. At the same time as TSM’s downfall, Gravity grew, doing a complete 180 when compared to their thirst 2 weeks of the split to boost them all the way to number 1 seed in North America for a solid two weeks. However, when Week 8 hit, things started to heat up. Team Liquid, Counter Logic Gaming, and Team Impulse all started to creep up in the standings and showed no signs of slowing down. Low and behold, all three overcame both former first seeds, now all standing as the top 3 teams in NA. However, this by no means takes TSM or Gravity out of the picture. Now, they’re given the opportunity to prove who can still play at a top tier level.

TSM’s general manager, Reginald, has recently stepped in as the head coach of TSM, only assuming the position due to TSM’s poor performance in the last weeks. Regi’s vast knowledge of the game being a previous player works in correlation with his blunt coaching style leaving many fans believing that TSM can make the turnaround. In addition, mid-laner Bjergsen continues to improve his skills everyday and remains to be TSM’s biggest asset. Santorin’s game is usually on-point when he’s not letting Liquid’s Piglet blind steal Baron when his Smite is up (we will never forget), and overall, the team member’s individual skill is all-around decent.

Unfortunately, decent play is not going to be enough to take out Gravity. While it is true that Reginald’s influence should have a significant impact, coaches cannot coach when the players are in-game which is where the TSM crux really falls. Communication is key. Nobody is doubting Lustboy’s individual skill, but his lack of mic talk really inhibits TSM’s potential for engage and peel. While in the past, he might’ve been able to get away with just having brief spurts, this meta requires multiple part engages to successfully lockdown carries, something that needs to be done as a team and something he can no longer do individually. This isn’t to throw Lustboy under the bus, however. As the team’s ADC, WildTurtle needs to do his part and engage with Lustboy while in game. By communicating heavily with his support, Lustboy will feel more active in announcing the plays he make. In addition, WildTurtle needs to be extra conservative with his positioning, not burning flash for engages and not standing in a punishable position, something he’s had to work on time and time again. There also needs to be a unifying decision maker on the team. While the team is starting to utilize his Santorin as the main shot-caller, his under aggression and passive play makes it difficult for TSM to find any opening in team fights ultimately dispersing them before the fight even starts. Though most people have faulted TSM’s coaches in their champion select, the players on TSM should be more than proficient to carry a game with a lackluster composition, especially against lower-tier teams. With that said, much still left unknown since they have had a full week to practice under Regi’s teachings, TSM is still very much in the running provided they can get back on track. 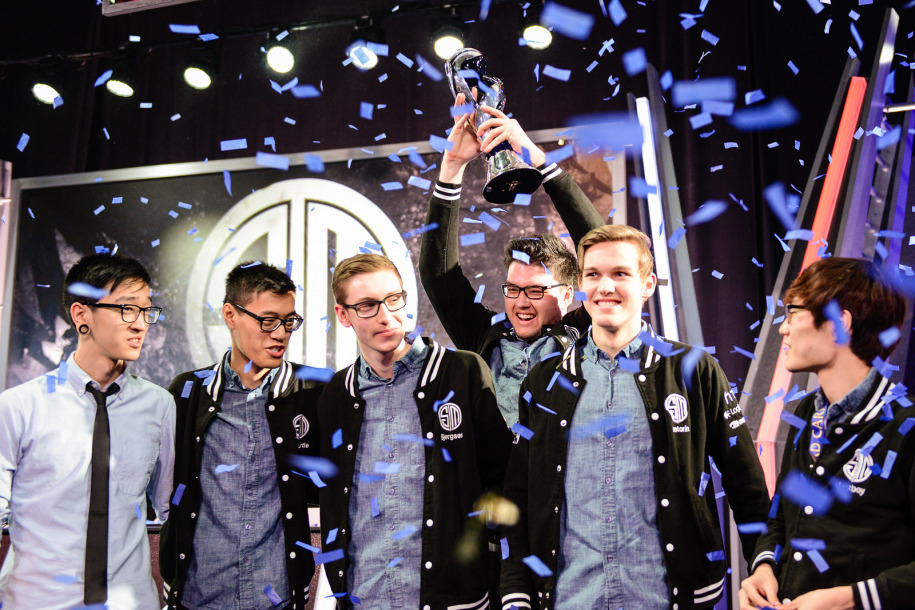 Gravity is an interesting prospect in the LCS. Universally, every team despises them because of their unique champion selection. Gravity’s ace of spades lies in their unpredictability, usually revolving around Keane in the mid-lane playing unusual champions. This, however, is much more easy to execute in regular season games where these so called “cheese” picks catch opponents off guard. Still, Gravity’s champion pool depth creates a reign of terror over an team walking in unprepared. Gravity’s mid-laner, Keane, and top-lane, Hauntzer, both have incredibly deep champion pools. This gives plenty of room for support/shot-caller, Bunny FuFuu, to put his creative mind to work. Move has significantly improved his game ever since the Spring Split, making more aggressive plays and setting up his teammates for long term success. This overall makes the game a lot easier for ADC Altec who is second in the league for average gold acquired per minute and third in the league in average gold acquired per game.

That said, Gravity absolutely has to be concerned with their lack of experience in the playoffs when compared to TSM. Back to back North American Champions is not a title passed around to just anybody. Gravity’s main asset, being their surprise factor, works exceptionally well during the regular season, but against an adaptive team whose known for turning around matches, like TSM, Gravity’s going to need a lot more than just a simple surprise up their sleeve. Gravity also picked a bad time to start declining in play, only winning 1 out of their 3 games played in Week 9. Granted, the two losses were handed by the same team, but it puts into perspective just how prepared Gravity is when compared to top teams. However, they’ve proven to be dominant in the NA scene before so it’ll be no surprise for them to do the same especially with a World’s spot in their grasp. 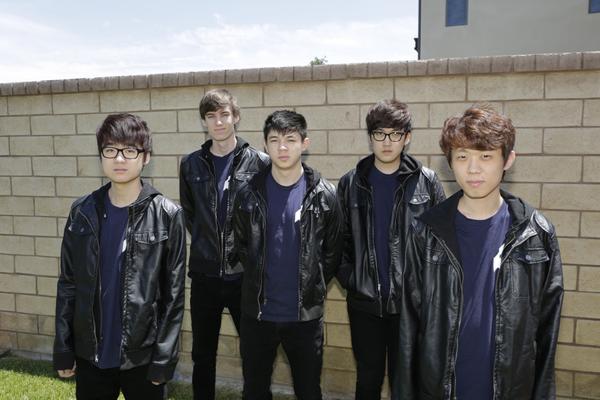 The name of the game is Champion Select.  A large part of this fight is going to revolve around how TSM will be able to react to the curveballs that Gravity throws at them. It will be the job of coach LocoDoco to pick up the pieces and direct TSM down the right path even when hit with an obscure pick as they’ve been known to crack under pressure when they’re hit with champions they don’t know how to play against. In the same respect, we’ll have to see if Gravity is capable of devising several different strategies so that TSM can’t possibly counter all of them. Expect Gravity to choose red side every opportunity they can as that’s how they’ll attain their biggest counter picking advantage. If TSM was smart, they’d deprive Keane of the last pick and maybe play off of Bjergsen’s lane, but that still doesn’t provide them with an advantage strong enough to take them down. Although TSM historically has been known to react fast in Bo5s, Gravity will have a slight advantage during champion select.

The laning phase is going to be one of Gravity’s greatest strengths. Starting with the jungle, the Move vs Santorin matchup will be interesting as both junglers have been known to be aggressive, but controlled in terms of vision and objectives. I don’t think either has an advantage over the other, but granted that they’re both emotional players, an early lead or an early death can set the tempo of the match. In the Top Lane, Dyrus has been known to be a passive player, which is sometimes good in situations where he has a late-scaling champion (Heacarim) or a team tank (Maokai). However, in this current meta, several Top Laners now have to either be threats (in the form of a damage dealers), or engagers (to make plays around the map), something that can’t be done unless the laning phase is executed well. As a result, Hauntzer, known for intelligent all-ins, will be able to run circles around Dyrus especially if he gains the lane advantage, something that Gravity does so incredibly well as a whole. In the mid, Keane often is able to shift the lane to his advantage through his unique champion pool and often selects the red side for the sole intent of counter-picking their opponents. However, the former NA MVP is still standing strong and should be able to win lane, granted Gravity doesn’t choose a comp to specifically counter him. This matchup is a toss up as the jungle pressure and picks and ban will heavily dictate the pace of the lane. On the bot side of the map, because the LCS meta has been shifting rather heavily toward push champions and lane swaps, it’s unlikely we’ll get to see a full-fledged bot fight. However, if it did come down to it, the lane of Altec and Bunny FuFuu has been absolutely destructive all split ranking among the top 3 bot lane duos in the LCS. If this was any other split, WildTurtle and Lustboy would probably have an advantage, but with Lustboy’s play going from stellar to lackluster over this past split, and Wildturtle not asserting his world class potential as he used to, Gravity will win this matchup as well.

When it comes to the mid game, Gravity has exceptional objective control with proper vision all across the map, excellent communication and superior team fights compared to most teams in the league. TSM is unfortunately not an exception to this as their team fight has only been on the decline since the start of the summer split. The one thing TSM does have going for them, however, is that they have multiple chances to get it right. Even if they fluff up game one, they’ll have the opportunity to review what went wrong, how they can improve and adjust their game accordingly which is a strength TSM possesses unrivaled by anybody in the NA LCS playoffs. We’ll have to see if they can adapt fast enough to pull out a victory in this round.

Gravity has been firing in all dimensions. Their carries are usually on point and even when one of them suffers from a poor laning phase, there are always 2 more that can effectively carry the game. Objective control and team fighting has been a strong point of Gravity that TSM just hasn’t proven they can keep up with when looking at their last few week’s performances. The champion select pushes the advantage even further into Gravity’s favor and although TSM has been known to adapt fast in Bo5s, if Gravity puts out a new strategy every game, TSM’s adaptation will be useless in their next game. Even with Reginald’s boot camp and TSM’s experience on their side, TSM needs to improve their player’s individual skills, minimize their individual mistakes (Santorin and Dyrus), improve their communication (Lustboy and Santorin), and learn to adapt in game. All the weaknesses on TSM’s side are translated to strengths for Gravity ultimately making us believe they’ll pull away with the win.

What did you think of our predictions? Let us know why we’re right or wrong in the comments below and keep up with cpgaming.gg for more predictions on the NA LCS Playoffs.