The NA LCS has brought together 6 of the most competitive teams that the region has seen for a long time. Instead of the typical TSM Cloud9 Playoffs, we have TSM in the fifth place spot and C9 spectating from the seventh place spot. With teams ready to rumble the quarter finals is expected to be competitive as ever so let’s go ahead and review the matches from this past weekend.

Game 1 was a nail-biter right from the start. Dignitas knew from the get-go that by opting for Tristana in picks and bans that they would have to go into the late game. Comboing this with a scaling Viktor and Tank Gnar/Ekko, Dignitas needed to stall a little bit in order to reach their full potential. Team Impulse knew this, but also knew they needed their Azir, played by Gate, and Kog Maw, played by Apollo, to get rolling a little bit before anything happens. Rush picking up Elise was huge since his presence was definitely felt all across the map and gave Impulse a form of hard-engage that they could combo with the Shen played by Impact. As the gold lead started snowballing more into Impulse’s favor, picking up kills and objectives slowly but surely, the team felt confident to take on DIG. Team Dignitas, however, capitalized on the mis-positioning of Team Impulse and stripped each of them out of the fight one by one after taking out Gate. Leading to a Baron and a shift in the gold lead, victory was in Team Dignitas’s sights. Despite this, the teamfight power of Team Impulse was still superior to DIG and after the Baron buff was over, Gate got his revenge by picking up a couple kills and securing an Ace leading Team Impulse to Victory.

Game 2 unfortunately was significantly less intense. CoreJJ picked up the Lucian which was incredibly lackluster throughout the game even though KiWiKiD picked up a Braum. Shiphtur was put on Kassadin which would help follow up the engage ability of his team. Both teams looked to engage via the Leona, Shen and Elise on the side of Impulse and Braum, Gnar and Nidalee on the side of Dignitas. TIP also put Gate on supportive mid-laner Lulu, which was a contrast from the AP Carry Azir, but fit in well with a comp that had strong engage and strong siege in the form of Apollo’s Kog Maw. Unfortunately the CC game was won by TIP as DIG could not match the power of Adrian’s Leona. DIG was only able to secure a total of two towers and one dragon the entire game and TIP had a very commanding victory the second time around.

Game 3 was also just as one-sided. Gate went back onto Azir and after Shiphtur took the Kog Maw away from Apollo, TIP put the ADC on Tristana for turret pressure. The big wildcard however was Gamsu on Gangplank and his global presence around the map to match that of Impact on his Shen. As the game started, the gold lead shifted in Team Impulse’s favor. Kill after kill and turret after turret, DIG was just never in a position to contest and when they did, they were punished dearly for it. After securing 3 dragons and two barons, and limiting DIG to collecting only 2 turrets and no other objectives the whole game, Team Impulse took their spot in the semi-finals where they’ll have their champ of taking on second-place North American Team Counter Logic Gaming. 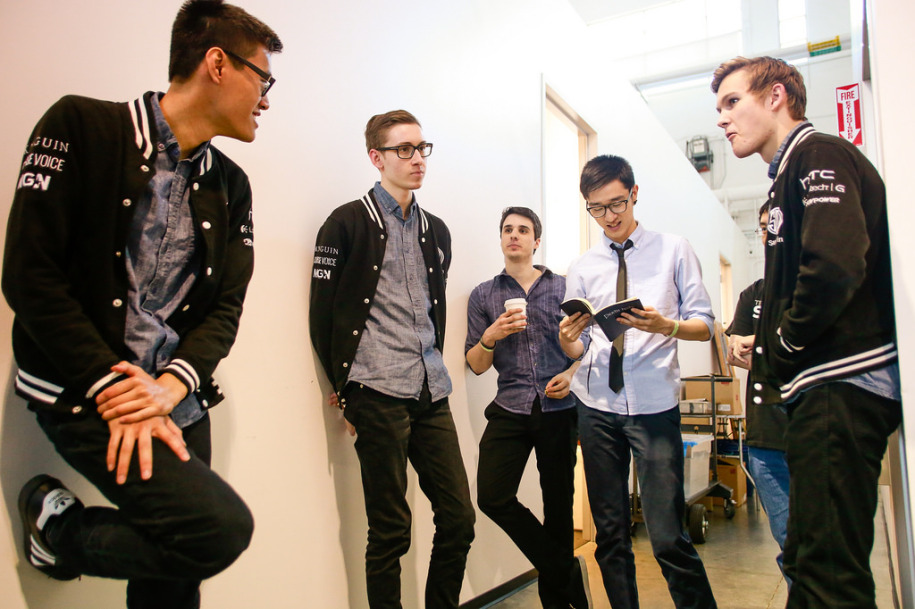 Talk about new and improved. TSM came out of the gates swinging. All the problems that they had in the regular season were essentially fixed. Game 1: Dyrus plays too passive? Fine we’ll put him Olaf. Santorin champion pool too small? Have you seen his Nidalee yet? Bjergsen is the only possible carry on TSM? Meh, he can play supportive on Lulu. It was almost as if TSM completely changed. The game was just too heavily in TSM’s favor all throughout that it was virtually impossible for Gravity to respond. In fact, it was quite impossible for Gravity to respond as they were held to only having 2 towers all throughout the game while TSM secured 4 dragons, a baron and 2 inhibitors to bring themselves victory.

Moving onto Game 2, things were switched up a teeny bit. Keane went ahead as usual and utilized his obscure champion pool picking up the Urgot. Hauntzer kept up on the Shen and Altec kept on Tristana while Move switched from Evelyn to Elise and BunnyFuFuu lost his Thresh to Lustboy but responded nicely with the Braum to create a 4 tank composition. TSM on the other hand kept up with with Nidalee and Olaf while switching from Lulu to Orianna and put WildTurtle on Corki after Sivir was banned away from them. The game was very much reversed with Gravity picking up first blood on Dyrus, forcing him to play from behind. However, TSM was able to keep it pretty close as they traded dragon objectives for turrets, but Gravity’s dominant vision in their jungle in combination with the total of 4 tanks to peel for a late game Tristana was just something that TSM could not deal with. Securing a Baron was not enough to shift things in TSM’s favor and Gravity held TSM to only 2 kills the whole game. Well-played by Gravity.

Game 3, Gravity was forced to switch things up a little bit. With Shen and Tristana being banned out, Hauntzer went onto the Maokai and Altec went onto Ashe to create a hard CC composition while TSM opted for a similar composition to their first game, the only switchup being the bottomlane’s picks of Jinx/Thresh. Sadly, this game was just as one-sided as the first. Dyrus’s Olaf got rolling very quickly picking up the individual tower gold and first blood gold and he was just a force to be reckoned with all game long. Even though Gravity had all the CC in the world, they couldn’t lock it down on the one person they needed to because of Olaf’s ultimate. That, in combination with the support from a Lulu ultimate and a Jinx to siege towers set TSM up for a very easy victory around the 30 minute mark.

As expected, no team was going to be knocked down without a fight. Champion select in Game 4 was unfavorable to TSM in this situation, as Gravity banned out both the Lulu and Olaf. This forced TSM to play an entirely different composition. Dyrus was put on Gnar as Bjergsen opted for his classic Ahri putting together a nice running comp to be round out as WildTurtle selected Sivir. Gravity on the other hand reverted back to Keane’s Urgot from Game 2, and went back to the Tristana and Shen combo they valued so heavily. The game started out very nicely in Gravity’s favor as Altec picked up first blood. This led to two towers being taken and an early gold lead for Gravity. However, this lead was soon neutralized as TSM forced three towers down and won a massive teamfight at the 21 minute mark. This led to a lead that Gravity just could not go back to and the split-pushing power of Gnar was impossible to counter with a Sivir and Bjergsen live and well in front of Gravity’s faces. This put TSM up in the series and moved them up to take on Team Liquid in the semi-finals. 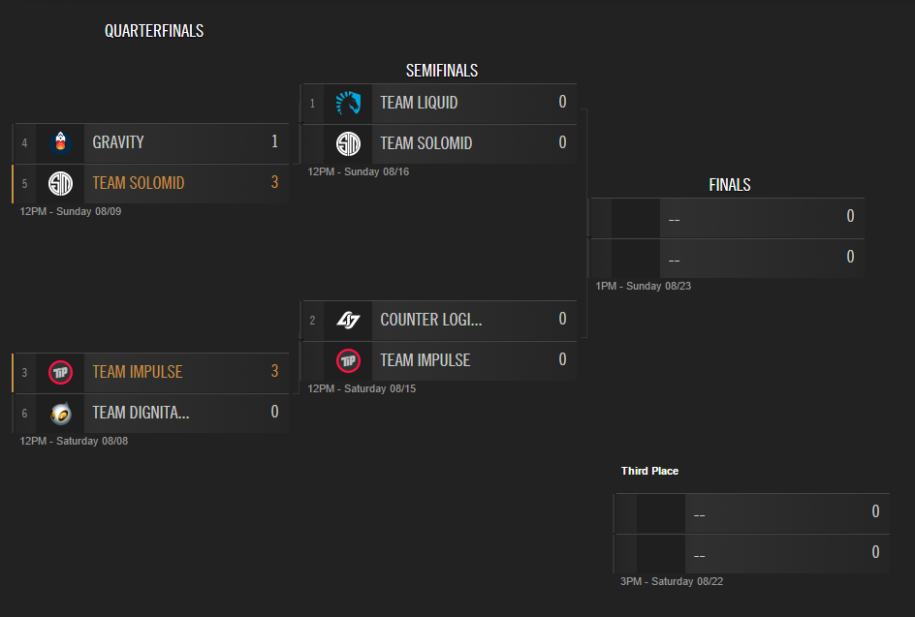 For all LCS updates, keep up with cpgaming.gg