Far Cry 4 is an action-adventure first-person shooter video game developed by Ubisoft Montreal and published by Ubisoft, is the sequel to the 2012 video game Far Cry 3, and is also the fourth installment in the Far Cry series.

In Far Cry 4, players find themselves in Kyrat, a beautiful wild region of the Himalayas which struggles under the regime of a brutal king. The single story mode is under the character, Ajay Ghale, a Kyrati-American who is returning to his homeland to disperse his deceased mother’s ashes. This single player plot allows gamers to explore and navigate the vast open world of Kyrat, where danger and unpredictability lurk around every corner.

There is also a new Drop-In/Drop-Out Cooperative (Co-op) feature in Far Cry 4, which means players do not have to take every journey alone.  According to the official site, the game delivers the most expansive Far Cry experience ever. Players can take their journey with friends and experience scouting from above in a gyrocopter or hunting on the back of a six-ton elephant while at the same time discovering and exploring the massive, living world of Kyrat together.

Animals are one of the highlights in this game since players will be exploring the exotic world of the Himalayas. From snow leopards and tigers to black eagles, elephants and reckless honey badgers, players will experience the harshest the animal kingdom has to offer. However, it is not necessary to take down all the animals, and instead some of them might be able to serve as allies.

It is worth mentioning that Far Cry 4 provides a map editor which features an improved, easy-to-navigate interface and a ton of versatile tools. It lets players create their ideal map and publish it to the community. 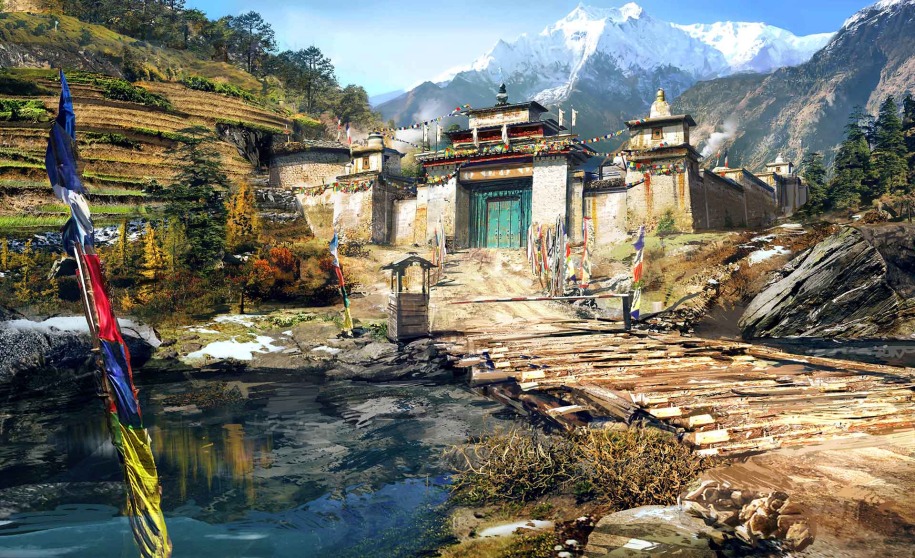 Can your rig run Far Cry 4 in all of its glory?