Poland continues to reveal itself as the hit machine that it’s become, with regards to developing top-notch video games. Standing on the shoulders of such renowned modern classics as The Witcher 3 and Dying Light, Bloober Team adds further to the mix with their new hopeful title, >OBSERVER_.  But does it stand on its own and have something unique to offer as with the other, aforementioned titles do?

>OBSERVER_ is set is a near-future, dark, dystopian world. The year is 2084 (yes, there are references to 1984 is this game), and a gigantic Polish megacorporation called Chiron has slithered its many tentacles throughout the world, and now controls just about every facet of life. It reminded me of an even more sinister version of Cyberdyne Systems from the Terminator movies. 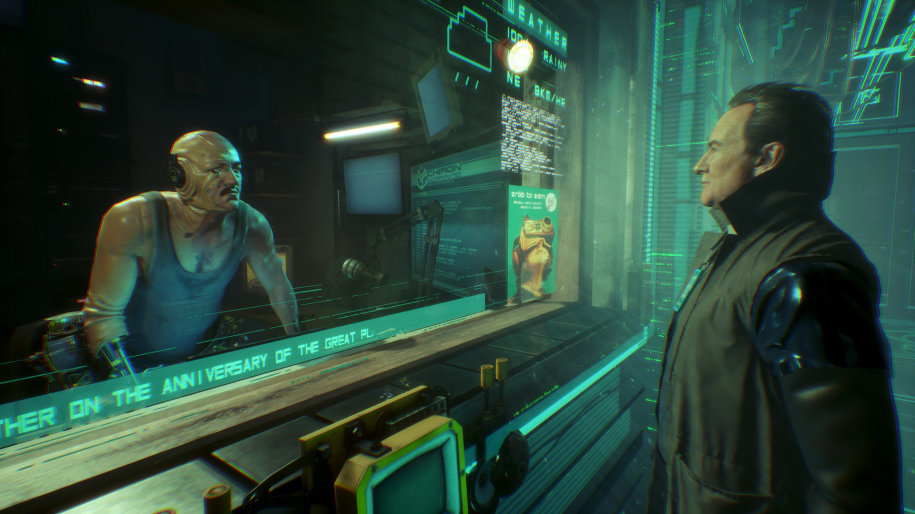 Players take the role of Daniel Lazarski, a cybernetically augmented detective. Using a device called the Dream Eater (pretty sinister name itself, eh?), Daniel is able to gain access to the inner thoughts of criminal suspects in order to extrapolate information from them.

The game kicks off with Daniel sitting in his futuristic vehicle musing about the dismal state of affairs. He’s then contacted by one of his superiors about some criminal case or another, but that in turn is interrupted by an impromptu hacked communication from his son. 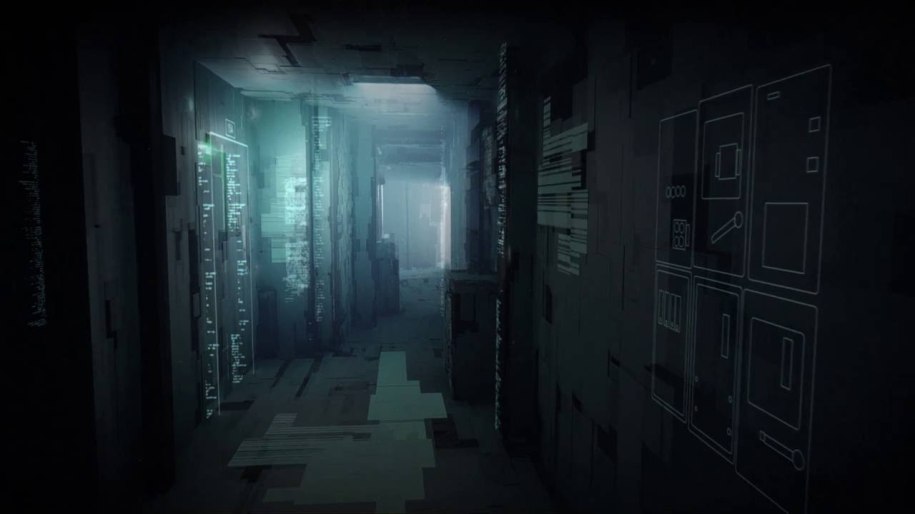 Right away I noticed the Blade Runner-like aesthetics of the setting, with perpetual rain (why is it always raining in these dystopian cyberpunk sagas?), neon signs galore, and depressed everyday citizens scampering around in their squallid environments. The game really hits you right off the bat with a sense of misery and the stifling omnipresence of an oppressive evil megacorp which watches your every move.

From clues he gleaned from his conversation with his son, Daniel locates a grimy apartment complex on the fringes of the city. Daniel enters the funky tenement building and quickly encounters his first grotesque murder scene. 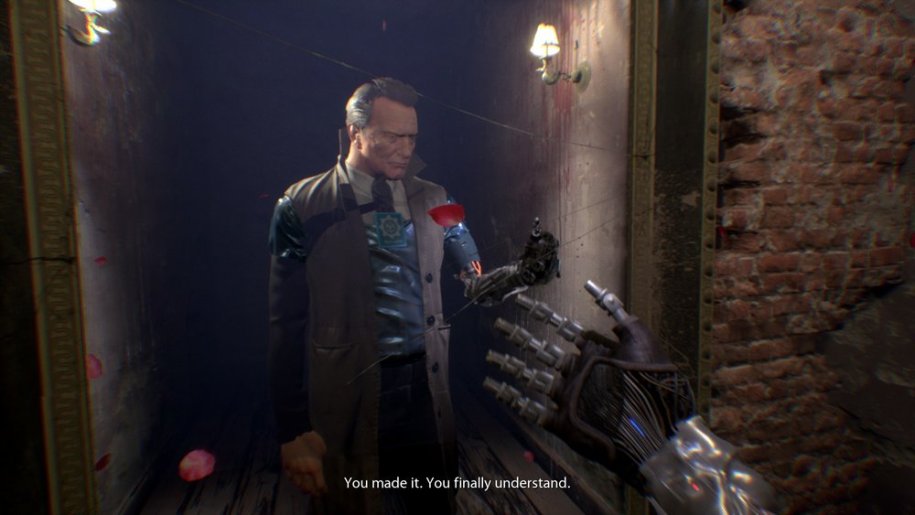 From there, he must utilize his wits as well as his mind-altering cybernetic enhancements in order to try and piece together what exactly is going on. Unfortunately for him, the local apartment denizens are anything but helpful, making his job that much harder.

Suddenly, the apartment complex goes into a state of full-lockdown because of a cybernetic menace known as the NanoPhage. As the super cyber-virus takes hold, Daniel is cut off from not only the rest of society, but also his superiors. Alone, he must come to rely almost solely on his Dream Eater device in order to observe some of the people he encounters.

There’s only one problem. The more he uses this highly invasive device, the more he pushes into the minds of the people he’s observing, along with all of their inner demons. Soon, the line between fantasy and reality becomes less and less distinguishable, and he starts to enter what seems like the fringes of madness. 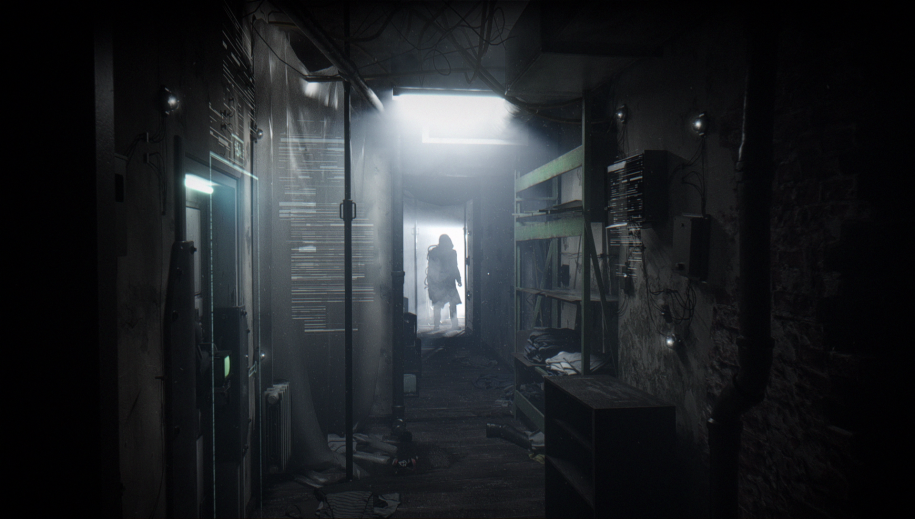 The Dream Eater sequences are startling to say the least, and each one can hit you out of nowhere. One minute you’ll be trying to figure out if someone in front of you is even real, and the next you’ll be traveling through some horrific kaleidoscope of sounds and images that must look like a bad acid trip.

Bloober Team made full use of the Unreal 4 engine to create some of the most impressive (and frightening) dream-like sequences I’ve ever witnessed in a video game. Indeed, they reminded me of the futuristic version of some of the most horrific works of H.P. Lovecraft, or a modern day adaptation of the classic cult hit, Videodrome. 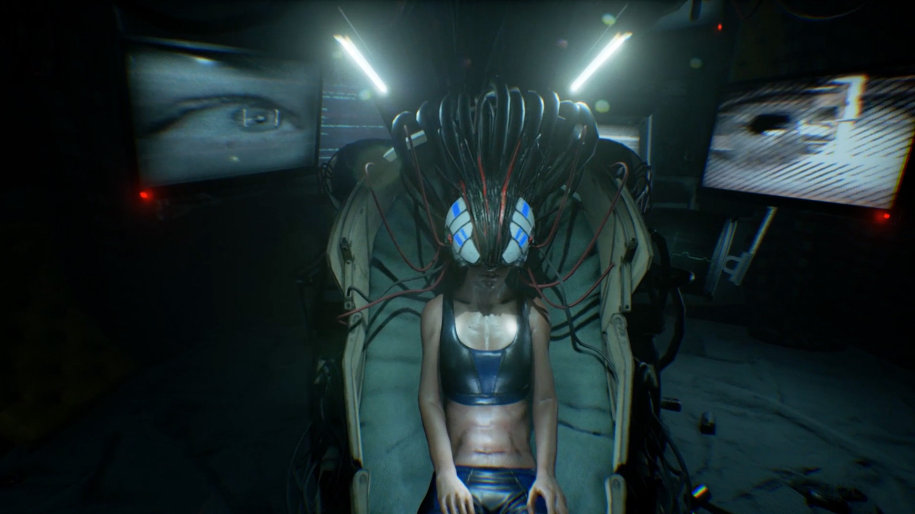 Graphically, >OBSERVER_ has a retro-futuristic aesthetic that is similar to Alien: Isolation. There are many visual references to the 1980s, including a preponderance of the utilization of analog technologies. The environments are satisfyingly dreary and full of gravitas. Likewise, the character models and the textures of inanimate objects all look spectacular. Luckily, the sound department holds up to the visuals well, and the voice acting is also very well done (it’s got Rutger Hauer in it, after all).

Simply put, >OBSERVER_ is a seductively good cyber-detective story, with a good amount of mystery, intrigue, horror, and puzzle-solving thrown in. Bloober Team left no stone unturned in this peppy techo-thriller, and I for one will be playing it (in small doses) as much as I can stomach its sinister and horrific premise, as well as it many grisly revelations.

>OBSERVER_ features great graphics that make its space techno-thriller theme come alive. However, you want to have a pretty beefy gaming PC or gaming laptop in order to play it at a decent framerate. So, you may just want to invest in a decent gaming rig: