Indeed, Blizzard had revealed something new for BlizzCon 2014, but surprisingly it is not WoW or Starcraft or anything most gamers expect. Instead, Blizzard announced its brand new team-based first person shooter game named Overwatch.  It was announced at the first day of BlizzCon along with the reveal of Starcraft II: Legacy of the Void, the third and final part of the Starcraft II trilogy.

Overwatch is a competitive team-based FPS centered on capturing control points, featuring a near-future superhero vs. super villain theme. It features original superhero-like characters like mechanized gorilla, Japanese samurai, robot angel who will be blasting each other in six-versus-six matches. The Game plot is set 60 years in the future, where 30 years ago robots went crazy and caused a global crisis. In the events of the game, evil is back, and heroes is needed again long after they were disbanded after resolving the robot crisis.

It is obvious that Overwatch does have connection with Titan, which Overwatch can be seen as a remnant of the canceled project.  Chris Metzen talked about both projects during BlizzCon, saying that, Titan was a “big, giant” but also “frustrating idea”; it was almost like six video games in one, and was “the most ambitious game ever”. However, the development team could not find the harmony and did not know how to move forward, so they decided to go another way and they got Overwatch. 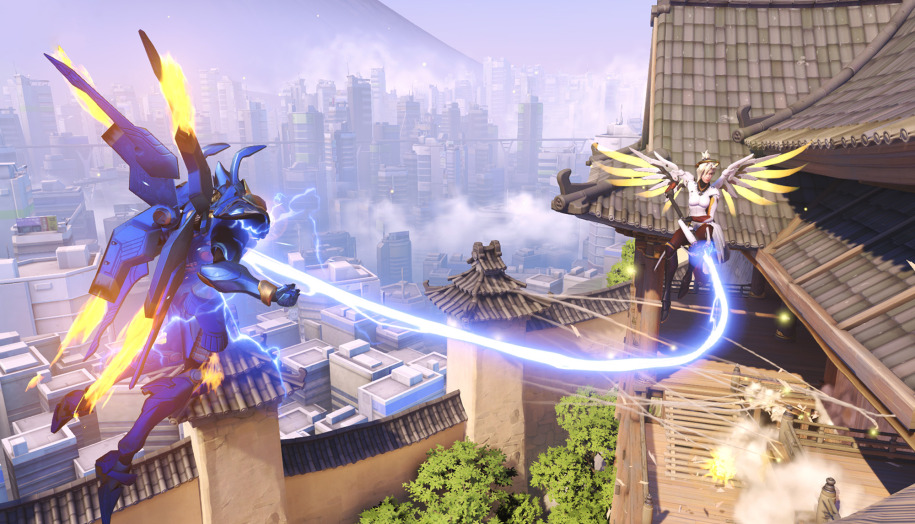 Game Director and VP of Overwatch, Jeffrey Kaplan has shared some additional information about this new game after the reveal at BlizzCon. There are four different types of characters gamers can choose to play in Overwatch which are Offense, Defense, Tank, and Support. However, you’re not fixed with one single characters all the time; instead the game is designed to encourage players swap roles as often as they needed. Kaplan also points out that the game does not work with Deathmatch because the game developer didn’t want people to focus on how many kills they could get as individuals, but rather on what players could accomplish when they work together, which is similar to the game plot that soldiers, scientists, adventurers, and other “oddities” had once banded together to restore peace.

Overwatch will start a beta in 2015, and you can already sign-up for a chance to take part at the official website. The Official Trailer gives a good idea of what to expect but the website has more characters information as well as clips and screenshots, so make sure to check out its official website.