Patch 3.35 introduces the “Deep Dungeon” and some minor PVP changes (which I won’t cover). This new dungeon is directed towards casual and lower level players, but players of all skill levels can enjoy it. While not as challenging as later dungeons, the instance gives decent rewards and can be used to level different classes quickly while getting a few drops at the same time. This makes it a great place for higher level players to “introduce” their friends to group gameplay and experience the unity that different classes can have. Deep Dungeon addresses the lack of real 4-man content at the lower levels that Final Fantasy XIV did not have for the longest time.

Deep Dungeon bridges the gap between casual and mid to hardcore players. One of the biggest problems Final Fantasy XIV had was that it was too reliant on 8-man content. This was understandable, as the main draw of the game was to focus on the intense 8+ group raids against huge creatures. However players have asked for less intense and time consuming ways to play with smaller groups of friends. The Deep Dungeon gives everyone a chance to play quick intervals with a group rather than having to jump straight into the raiding scene. 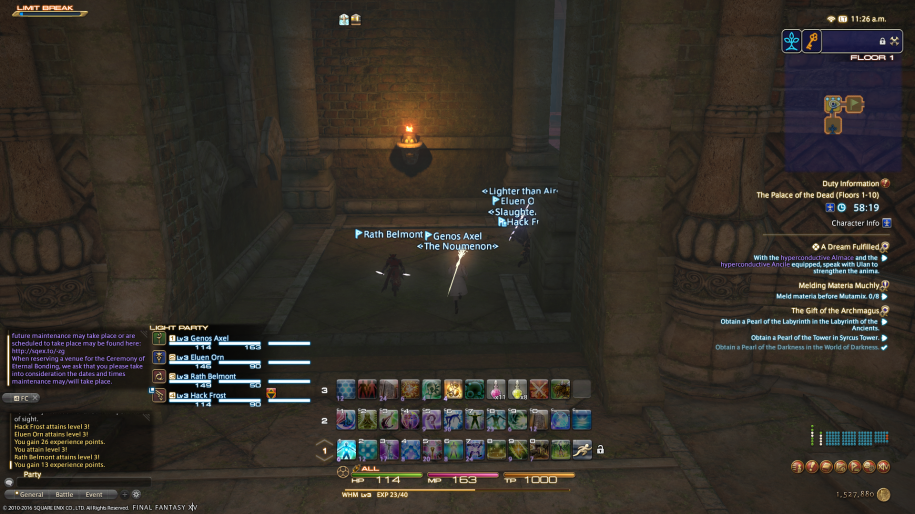 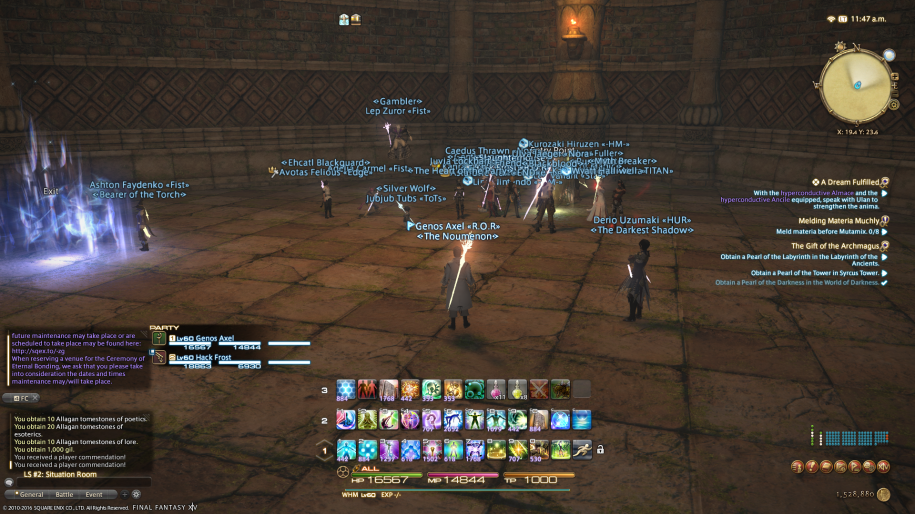 Deep Dungeon is a fifty floor dungeon (with more to be added in future patches) that has a tile set that resembles the old Legend of Zelda games. For those unfamiliar with this, it means the dungeon is broken up into many rooms, each with an objective and a reward upon completion. There are treasure chests that can be found in each “tile” which contain various helpful items. These treasures include “dungeon items” that affect the “ten floors” you are currently in (items collected in floor 21 can be used up until floor 30 and then the items disappear forever). Additionally, the party can receive potions, or weapon upgrade materials, helping to fund higher level players as well as upgrading lower players with better gear. But there’s also a risk that the treasure could be a trap or a mimic, catching a greedy player or party off guard and potentially ending the run.

Players will always start the dungeon from the first floor, regardless of player level. What is interesting is that for level sixty players, their rewards are all three “tomestones” and if they get maxed on their weapon and armor levels, they can exchange these for a weapon that is the same item level as the Nidhogg Extreme raid. This is a way for casual players to get a weapon so they can do high level content. Getting the weapon will be a grind, but as of this review, they changed it so every time players beat Deep Dungeon, they get upgrades automatically without players having to farm chests for a long time. This gives a feeling of constant progression as players get stronger and stronger with each dungeon run. 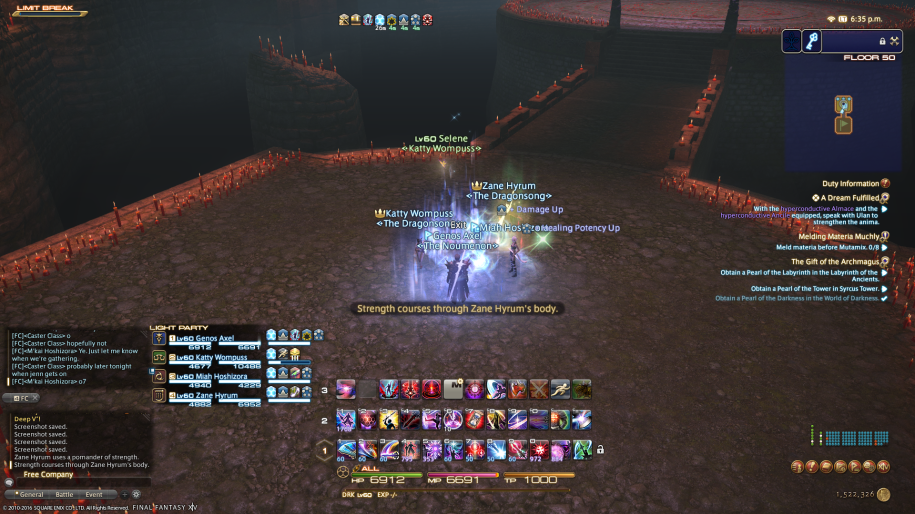 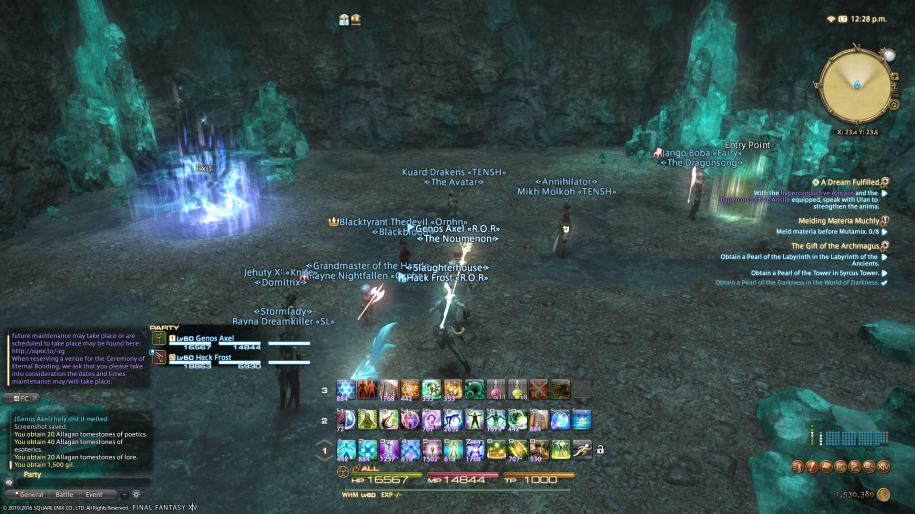 Although Deep Dungeon is great for leveling and for wrapping up parts of the story, the weapon reward has been met with controversy amongst players.  Some may argue that the cutting edge players will already have their weapons so they can gear up other classes using the Deep Dungeon. However others complain that it makes the actual Nidhogg Extreme primal “pointless” as the weapon can be earned with time rather than skill. While content updates often make “top tier gear” a step lower with a new ceiling, this update seems to insult those who worked hard to earn their gear as others may earn the same by simply spending time on something else. It’s worth noting that this “grind to progress” idea allows all players to reach available content, but it takes away from what makes the game great. Experiencing huge battles with a huge raid party, the threat of failure constantly looming over everyone, and the triumph against unreasonable odds can’t be replaced by running the same dungeon again and again.