According to a leaked image on the Internet, there might be big plans for Destiny in 2015. 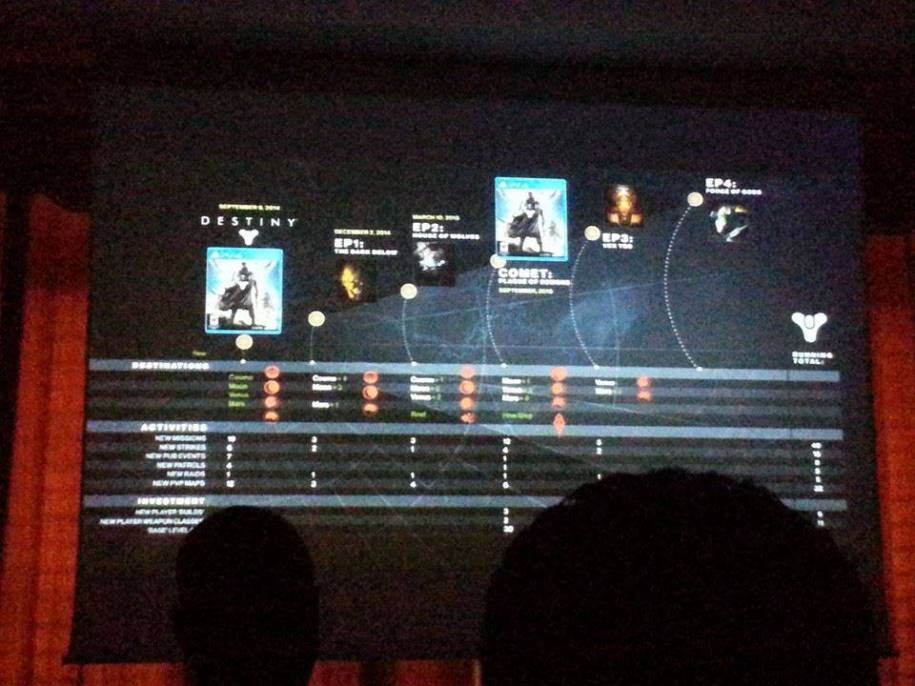 The image could possibly be leaked from an internal Bungie meeting, which indicated five new pieces of DLC extending that could happen in the first quarter 2016. It includes the recently released The Dark Below expansion as well as the upcoming House of Wolves, but the other three are unknown to the public.

Two seemingly smaller DLC packs are titled The Vex and Forge of Gods. The most important is a larger piece of content known as “Comet: Plague of Darkness” set to land in September 2015. It will feature new subclasses, weapon types, PvP maps, story missions, locations etc…While the other pieces of DLC all appear to be following the same pattern as The Dark Below, 3 story missions, 1-2 strikes, 1 raid and a few multiplayer maps, Comet appears to be a much bigger content addition.

Paul Tassi, who writes for Forbes claims that since this image suggests that the other shorter DLCs will be more or less like The Dark Below, it may prove disappointing to fans for a number of reasons. The two primary issues that need to be addressed in the wake of the first DLC are storytelling and progress resetting.

Hopefully Bungie will have more information revealed for Plague of Darkness soon.