Zen Studios, the video game developer and publisher who are known for their pinball game franchises, announced a new pinball table will be added to its pinball platform.

This up-coming new pinball table is another Marvel-themed table, which focuses on Spider-Man’s symbiotic nemesis. It is based on the Marvel Comics property stars Spider-Man’s archenemy, Venom.

The Venom pinball table is created based on Eddie Brock, the character who becomes an anti-hero, working with and against superheroes in Marvel comics after his Brock’s journalism career spiraled downward which he blamed Spider-Man for his own failure. A symbiotic organism from an alien world sensed his rage, and having itself been rejected by Spidey before, shared his hatred of the web-head. Thus, the Symbiote chose Brock as its next host, and together they are – Venom.

However, in the pinball table, Venom will not only be against Spider Man, but also a probability for these two rivalries team up, facing a greater threat, Carnage, Venom’s twisted offspring. 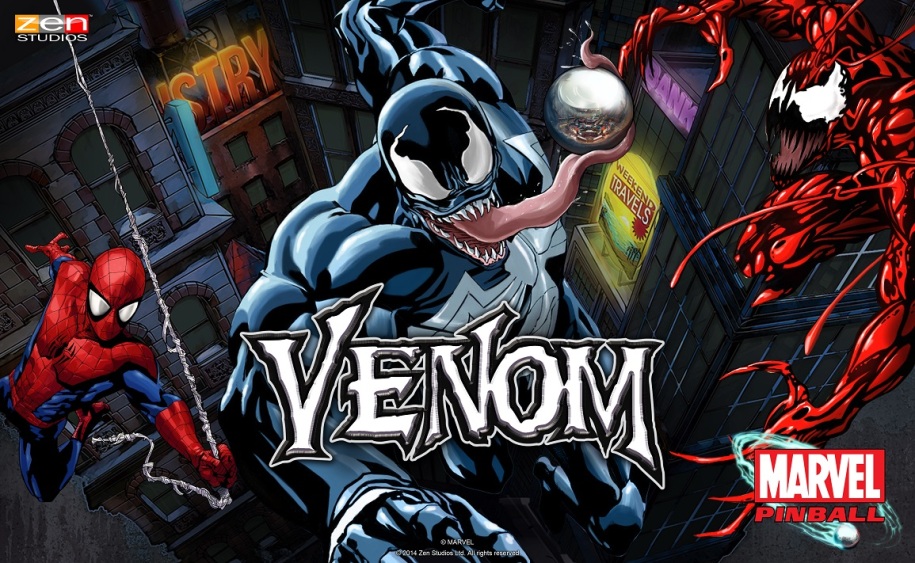