Starcraft II will be bringing in an Automated Tournament mode in its next expansion, Legacy of the Void.

After announcing that it was a work in progress at BlizzCon 2014, Blizzard has announced that the highly-requested Tournament Mode will be patched upon the release of Legacy of the Void (no official release date at this time).

Each match will have a ban phase when selecting maps and will be limited to 25 minutes. If no result has been determined by the 25 minute mark, the team with the most EXP, acquired by killing opposing units, will be determined the victor. Blizzard has noted that the timing will be a little different on the Heart of the Swarm map due to the game-clock difference.

Blizzard notes that it will heavily rely on the community to heavily playtest the program to find bugs that they may have no found at the moment. However, with the fans having requested this mode for the past couple years, I’m certain that won’t be a request that they’ll have trouble fulfilling. Keep up with cpgaming.gg for more Starcraft II updates and visit the official Starcraft post for more information. 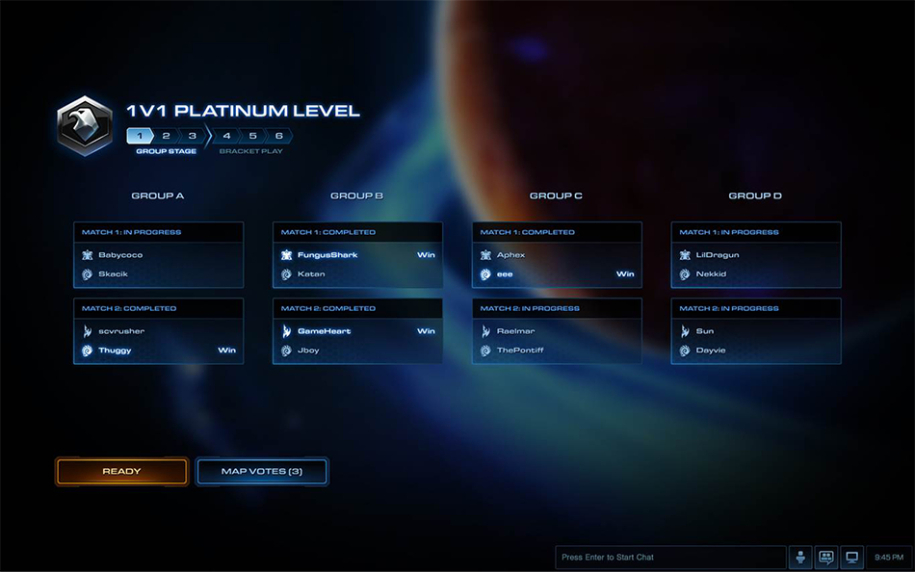