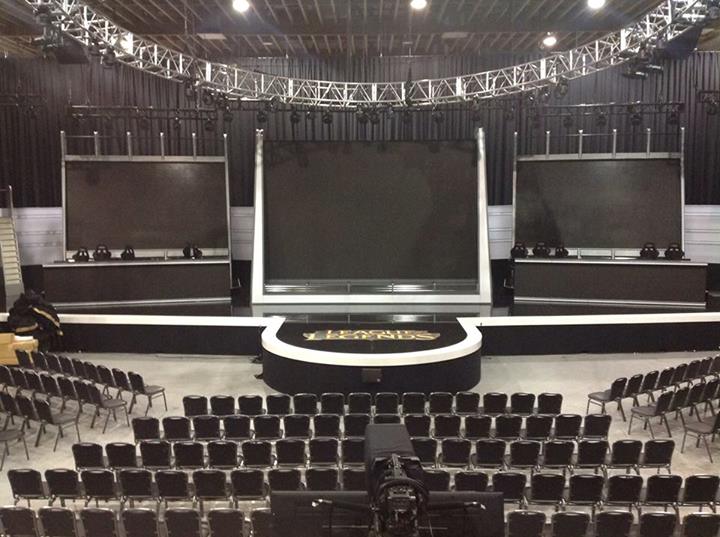 The 2014 North American LCS started this past Friday, and our very own Team Coast competed for their third consecutive season! The first week of LCS is a super week and consists of each of the eight teams playing four games over three days, but after dominating Challenger League over the off-season and swapping out DontMashMe for WizFujiiN, Team Coast was ready to prove that they are a top North American team!

A shuttle will be picking up our team from our house in Riverside, CA and taking them to the studio in Manhattan Beach, CA for their first game of the season against Team Curse. Team Curse, one of the other three teams to qualify back into the LCS alongside ourselves in the December Promotion tournament, heavily favored Renekton, Dr. Mundo, and Annie during their promotion set against COGnitive Gaming which took place a little under a month ago. While Quas favored Renekton and Shyvana in the Promotion tournament, his main account has been dormant for the last two weeks. Will he bring out something new to test the limits of ZionSpartan?

Leaving only 30 minutes later than the previous day, Team Coast will not play until the final game of the day against Team Dignitas. Coming off a disappointing performance at Battle of the Atlantic against Alliance, Dignitas has a lot to prove with their movement of KiwiKid to the bottom lane and the acquisition of Cruzer to replace KiwiKid for the top lane. Predicted by many to be the weakest team going into Week 1, dignitas is ready to prove the world incorrect and take a game. It’s going to be a long day, getting into the studio really early comparatively to when the match begins. Team Coast will be able to watch dignitas’ games against Counter Logic Gaming and Team SoloMid to help prepare for the match. As super week continues, the more and more up to date research each team will have on their opponents.

Each team plays four games during this super week which means one day will be a double-header. Team Coast drew Sunday as their two game day as they face the newly-formed Evil Geniuses and XDG Gaming with their freshly announced role swap. Evil Geniuses will be fan favorites going into the match, and Team Coast will have to make sure the crowd doesn’t affect our performance in the new studio. Shiphtur stopping EG mid laner, Pobelter, may determine the pace of the game and will be the matchup to watch in their first game of Sunday. Both players play similar champions and play style with aggressive kills helping them snowball into the later stages.

The second matchup of the day is against XDG Gaming (formerly Team Vulcun), which is slotted as the last day of the game. Team Coast has a one game break between games on Sunday, which means they have an hour to focus on XDG. The matchup of this game is the bottom lane, with the new XDG bottom lane of Xmithie and Bloodwater vs the new AD carry WizFujiiN and Daydreamin. Xmithie recently switched to the AD carry after proving to be one of the top North American junglers during the 2013 summer split. The jungle pressure from new Jungler Zuna and the laning phase performance from the new XDG bot lane, will be a huge factor in the results of this game.