Ralph Baer, the pioneer of video game console, has died Saturday at his home in Manchester, N.H at age 92.

Ralph Henry Baer was an American video game developer, inventor, and engineer, and was known as “The Father of Video Games” due to his many contributions to games and the video game industry in the latter half of the 20th century. Long before Nintendo, Microsoft start producing expensive gaming consoles and gradually turned video gaming into a $75-billion industry, Baer had already started conceptualizing a “TV gaming display.”

In the 1960s, he came up with the idea of playing games on television screens. He would go on to develop and patent several hardware prototypes, including what would become the first home video game console, the Magnavox Odyssey, and other consoles and consumer game units.

The Magnavox Odyssey was the world’s first commercial home video game console. It was first demonstrated in April 1972 and released in August of that year, predating the Atari Pong home consoles by three years. It is a digital video game console, though is often mistakenly believed to be analog, due to misunderstanding of its hardware design. 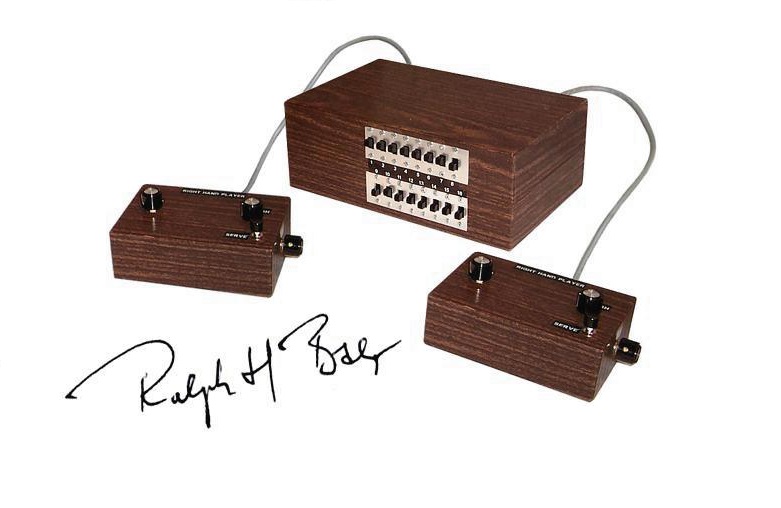 Within a few years, Magnavox had sold more than 300,000 units and had a dozen mostly sports-oriented games built into it.

Similar devices from Atari with slicker graphics and better computing components overshadowed the Odyssey in the late 1970s, but Baer’s company won a patent infringement lawsuit against Atari, which eventually agreed to license the Sanders Associates technology.

Baer’s foresight earned him a place in technology history. President George W. Bush awarded him the National Medal of Technology in 2006 for “his groundbreaking and pioneering creation, development and commercialization of interactive video games, which spawned related uses, applications, and mega-industries in both the entertainment and education realms”.