The Witcher 3: Wild Hunt is an upcoming action role-playing video game set in an open world environment that is currently in development by Polish video game developer CD Projekt RED. It is scheduled to be released for Microsoft Windows, PlayStation 4, and Xbox One on May 19, 2015.

Geralt of Rivia, the main character in the game play, is a witcher. Witchers are mutants, trained from early childhood for one task: to protect the peoples of the Continent from the innumerable foul creatures that inhabit it. There are several schools of witchers, represented by the different medallions their members wear around their necks. The wolf medallion Geralt bears warns him of impending danger or nearby magic by gently vibrating. In recent years the witcher caste has dwindled down to only a handful of active hunters; with so few of them left, the world is beginning to resemble the times before witchers came to be.

With over 100 hours of core and side-quest gameplay, The Witcher combines the intense, plot-driven pull of traditional RPGs with the freedom of choice only open world games can offer. Players will need to develop Geralt’s skills in order to increase his/her gameplay experience, make choices and face consequences that will stay throughout the entire game.

Players will also be able to visit the luxurious and corrupt city of Novigrad, face the frigid cold of the wind-swept Skellige islands, and challenge the dark forces roaming the forlorn, war-ravaged No Man’s Land. 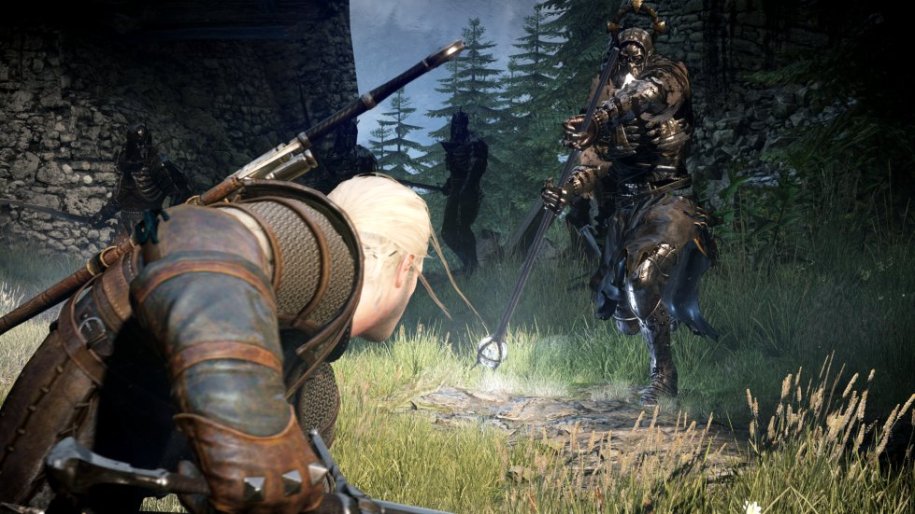