BlizzCon is a celebration of the global player communities surrounding the Warcraft®, StarCraft®, and Diablo® universes. And this year, the eighth BlizzCon will take place at the Anaheim Convention Center in Anaheim, California on Friday, November 7 and Saturday, November 8, 2014 9:30 a.m. to 10 p.m. PT (both days).

Not only does the BlizzCon serve as a gathering place for Blizzard Entertainment gaming communities, but it also offers attendees a chance to experience the latest versions of Blizzard Entertainment games, to see the global finals for Blizzard eSports, and have the chance to communicate with top pro gamers from around the world, Blizzard game developers and artists. It is an opportunity for players to showcase their talents, and a great chance to win great prizes in community contests. 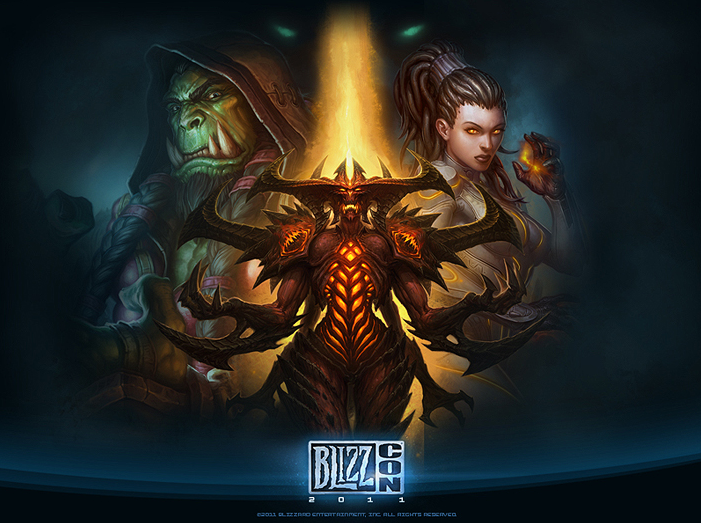 Many fans are exciting about what will be happening at the Blizzcon, so here is a list we prepared to help you get ready for BlizzCon 2014:

Warcraft Movie Presentation
There will be a Warcraft movie presented at BlizzCon this year, so for gamers and WOW fans there is a great chance to see an unveiling of the first, full-length trailer.

World of Warcraft – Items, Class Changes, and More
Since the release of Warlords of Draenor is close to BlizzCon, there will not be many new reveals for World of Warcraft specifically, but Blizzard will likely have a few things in store for fans to celebrate the anniversary.

World of Warcraft: Warlords of Draenor Cinematic Intro – Reforging the Past

Hearthstone – How to Become an Arena Legend
At BlizzCon, Hearthstone balance designer Mike Donais and two special guests will discuss playing the perfect arena run, build a deck, and play some arena on-stage. They will also be answering strategy questions.

Heroes of the Storm Exhibition
Although Blizzard Entertainment’s new MOBA, Heroes of the Storm, is still in alpha testing, there will be a good chance that Blizzard will reveal some new information for this game due to the fact that there will be a Heroes of the Storm Exhibition Tournament at this year. This tournament has the possibility to exceed many fan’s expectations because the four teams who are joining the tournament are coming from some of the biggest eSport organizations around. Cloud 9, Fnatic, Team Liquid, and Evil Geniuses have all put together teams to compete according to JBGNews.
The tournament will be a simple, single elimination event. Starting on November 7th, the first round will feature two best-of-three matches. The winners of these matches will then face of on the 8th in a best-of five match to see who will be crowned the tournament’s champion.

Heroes of the Storm Deep Dive

Heroes of the Storm – Sound of the Nexus

StarCraft II Exhibition
Although no Diablo 3 expansions will be revealed at BlizzCon this year, there is a large possibility that news for StarCraft II will be shared at the exhibition. Fans might hear some news on how Blizzard plans to expand the eSport coverage of SC2 into something closer to current LoL/DotA coverage, or we might even hear about Legacy of the Void.

Evolving Reaper of Souls
Saturday there will be a panel titled Evolving Reaper of Souls which will take a retrospective look and how it impacts future item design in Diablo 3. Game director, Kevin Martens and lead designer, Josh Mosqueira will be host the panel and be joined game designer Travis Day as they discuss the lessons learned during development. They will also be revealing upcoming Legendary Set items coming to the game.

World of Warcraft Live Raid
This year’s BlizzCon World of Warcraft Live Raid will once again pit Horde guild Method (EU-Twisting Nether) against Alliance guild Midwinter (US-Sargeras) in a battle for PvE supremacy. These two teams of exceptionally skilled raiders will be testing their mettle in the unreleased of Warlords of Draenor Raid dungeon Highmaul on Heroic difficulty.