The Age of Wonders series has been one of my favorites over the years and I put a pretty absurd amount of hours into its last fantasy title: Age of Wonders 3. Age of Wonders Planetfall is the latest iteration of the franchise, but instead of being set in the usual fantasy setting as all of the previous ones were, Planetfall boasts a lively science fiction setting, complete with a cast of whacky factions, including misandristic, dinosaur-riding amazons, stalwart space dwarfs, and weirdo slave masters.

Although there have been some controversial aspects to it, mechanics-wise, Planetfall is pretty solid. There are a few exceptions, however. Many gamers have voiced their dismay at the game being too complex for them to get into. Others have mentioned that the mid-to-late game seemed boring and more like a chore than anything. 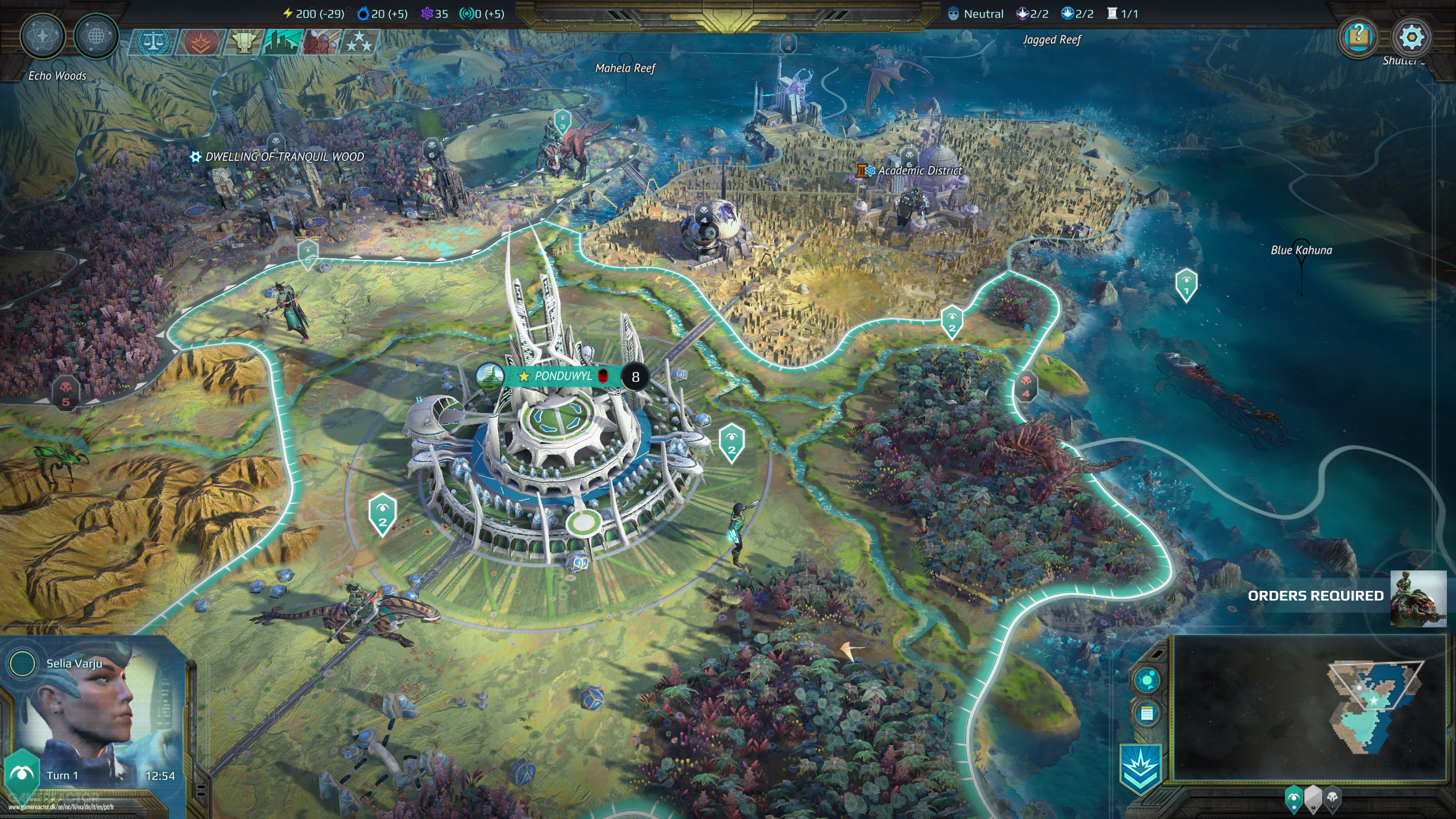 Well, the Tyrannosaurus update for Planetfall is out now. It was designed with community requests in feedback in mind. It introduces a large number of new game modes, updates, and features, including fun new Exploration Sites.

One of the biggest changes within the updates is the completely new game modes. New difficulty settings allow you to have either a relaxed or more difficult hardcore mode. A new No Colonizer mode is an “old favorite” that has been added back into the mix—it allows players to block the ability for anyone in the game to build colonizers and create new colonies, thus becoming much more combat-centric.

They’ve also attempted to add more to the mid-to-late game by introducing Exploration Sites. There are seven new Exploration Sites, each with their own brand new tactical maps and a much more challenging defense, which they’ve rebuilt from the older Visit Sites. If a player manages to clear an Exploration Site, their army will provide powerful buffs and bonuses to colonies that are linked to them.

Another surprising (but welcome) addition is fleeing enemies. Now, instead of AI units automatically entering into battle with your armies, they have a chance of wanting out of combat in the first place. Other new features include:

Improvements to the tutorial and campaign

There’s a lot more; the devs mention the change notes are 26 pages long, but you can see a summary here. 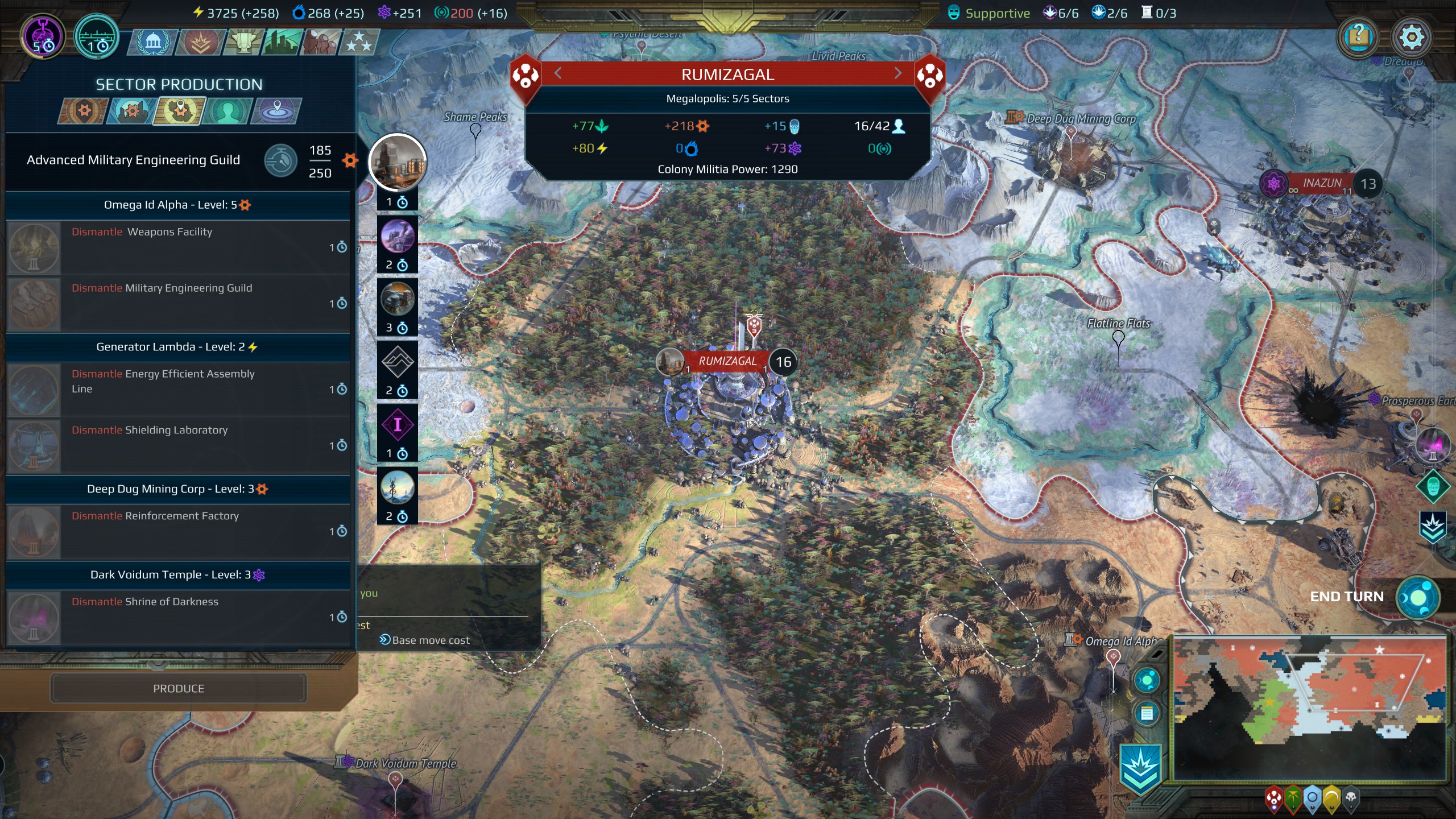 The Age of Wonders Planetfall – Tyrannosaurus Update v1.200 adds a ton of new content—content that many gamers thought that should have been in the game in the first place. But regardless, it’s available now in a free update, so take it for a spin.

Age of Wonders Planetfall has some pretty good looking graphics that make its science fiction gameplay truly shine. However, you want to have a pretty beefy gaming PC or gaming laptop in order to play it at a decent framerate. So, you may just want to invest in a decent gaming rig: 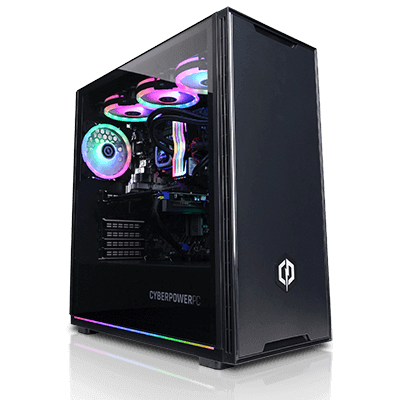