When Conan Exiles debuted in January of 2017, I immediately snapped it up. Anything to do with Robert E. Howard’s Hyborian mythos is a must-have as far as I’m concerned. Then I actually played it. Oh boy, was I in for a letdown. Although its developers, Funcom, plainly announced that there were many features missing because of the game’s Early Access status, it just wasn’t good at all.

Conan Exiles, at that time, was a buggy, glitch-filled, content-lite mess. The AI was appallingly crude, and many of the initial map’s denizens had some seriously dodgy animations—so bad, that sometimes I thought I was watching slideshows. And beyond exploring the sole desert area, there really wasn’t much to do beside build a base and kill other players as well as AI-controlled pests.

Lo and behold almost a full year later, and Conan Exiles has come a long way from its tumultuous beginnings. Funcom has been hard at work here, and diligent in their efforts to infuse their diamond in the rough with loads of new content.

One of the things that initially impressed me about Conan Exiles is that it featured pretty robust building a crafting systems. But now they are simply sublime. There are so many ways that you can construct awe-inspiring bases that it boggles the mind. And now you can decorate your lairs with all sorts of cool-looking stuff. 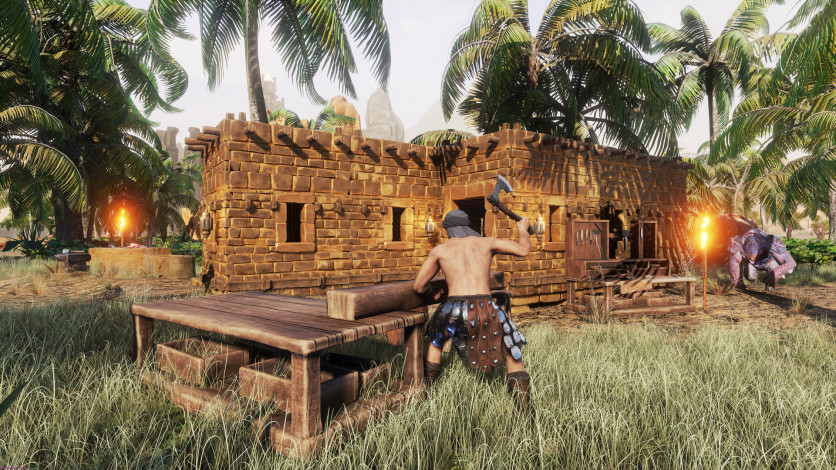 In other survival games such as Ark or Rust, you have no way of guarding your base while offline. As a result, the gamers without lives, or ones who are hyperactive, ADD-inflicted tweens can have their way with your carefully-contracted base, while you’re off living your life offline. Conan Exiles has somewhat mitigated this problem by implementing a Thrall system.

Simply bonk some wandering AI oafs over the head, drag them back to your domicile, break them in, and voila: New Thrall for you to command. Want a group of hardy spearmen to guard your fortress? Done. How about some scantily clad, large-breasted females to dance around your big bonfires? Can do. Or, what about some well-endowed men doing the same thing? Conan Exiles has you covered too ladies.

There’s nothing like sauntering around your lair and overseeing your thralls toiling away at various tasks—be they hammering away at armor and weapons, or simply sitting at a table and preparing food. It’s highly enjoyable. 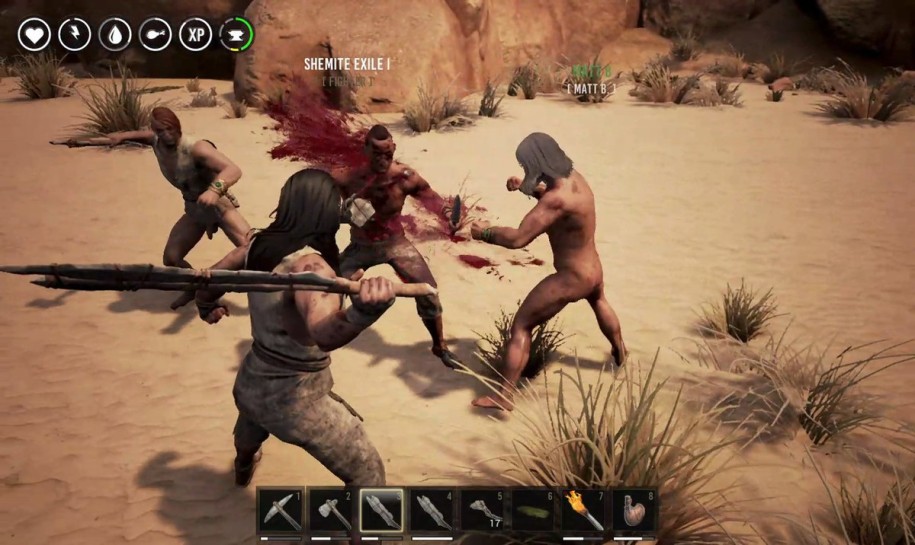 And speaking of enjoyment, Conan Exiles’ graphics now look better than ever. Not only that, but Funcom has improved the game’s optimization so that those beautiful visuals don’t come at the cost of too much of your computer’s processing power. The environments are simply stunning, and the character, monster, weapon, and armor models all look spectacular.

Ark is probably the most comparable title to Conan Exiles, but it comes up short in several ways. For one, Conan Exiles’ programming is far superior. An example of this is in both game’s building systems. 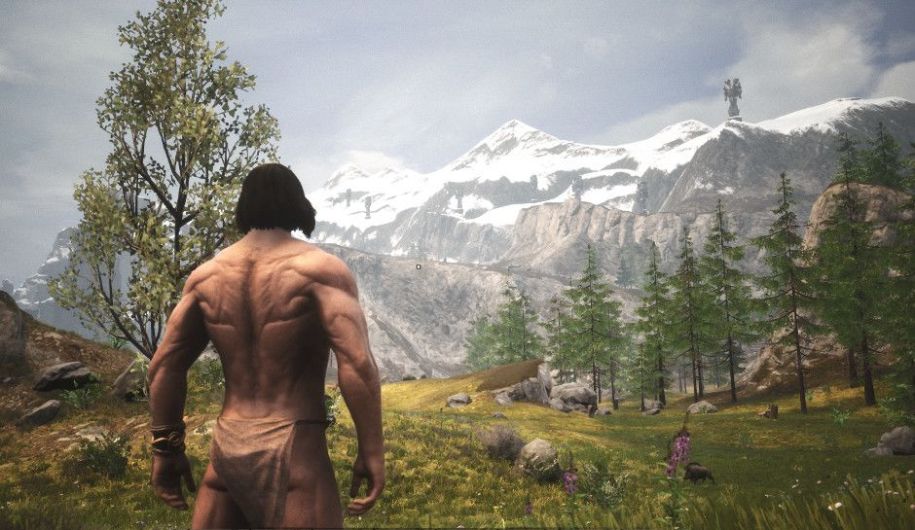 I’ve constructed a base in Ark with a hole in the middle of the ceiling that allows my bonfire’s smoke to escape into the sky. Rain didn’t just fall through that hole, but also everywhere else in my base, even though those areas were supposedly protected by roofing. In Conan Exiles I built the same hole, but the rain only fell through that particular area—the rest of my base stayed dry.

The landscape is also much more immersive in Conan Exiles than it is in Ark. For instance when you hit rocks with tools in Conan Exiles, they actually smash into smaller and smaller pieces. In Ark they magically dissipate into the ether once you deplete a node. Simply put, the voxel-based damage system that Conan Exiles utilizes lends itself to a much higher degree of realism.

There’s nothing particularly awe-inspiring about running around in Ark’s world of laser guns and dinosaurs. However, Conan Exiles draws heavily upon the rich, quasi-prehistoric Hyborian world created by Robert E. Howard. What’s not to love about that? 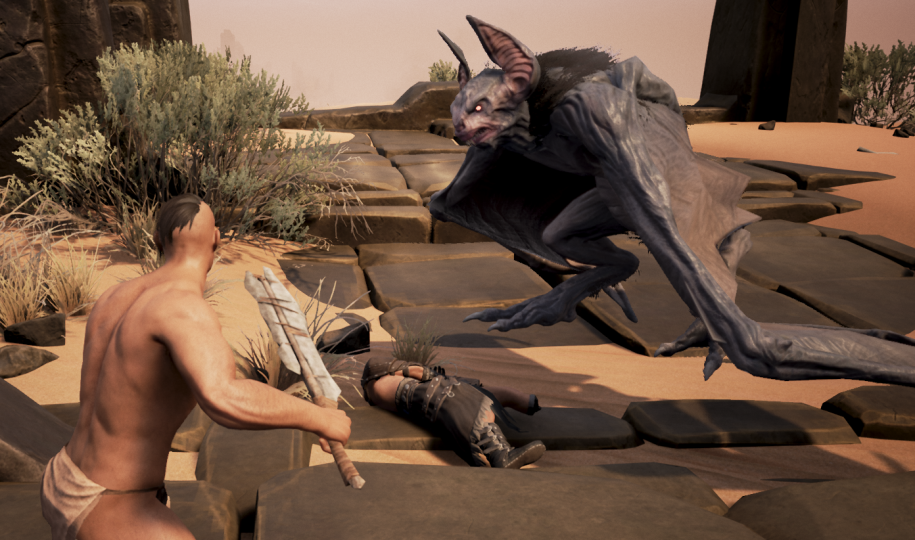 You can even create characters who are from many of the iconic factions of the setting, such as the feral and barbaric Cimmerians (Conan’s friendly folks) and even the tawny-skinned, grey-eyed Hyborians themselves.

In all, Conan Exiles has made tremendous leaps and bounds in terms of content and there is still much to come. Personally, I’m really looking forward to the magic system that will eventually (hopefully soon!) be implemented. But in the meantime, Conan Exiles is still quite a bit of fun with its existing content, and is a no-brainer for any fan of fantasy or survival gaming.

Conan Exiles features outstanding graphics that make its fantasy survival gameplay truly shine. However, you want to have a pretty beefy gaming PC or gaming laptop in order to play it at a decent framerate. So, you may just want to invest in a decent gaming rig: