Roguelike games are becoming all the rage these days and titles like Darkest Dungeon have been instrumental in that upward trajectory. Passtech Games takes some of the same high risk, high reward principles that Darkest Dungeon had and applied them to their neat little indie gem, Curse of the Dead Gods, which has just entered into Steam’s Early Access phase.

One thing that I must say impressed me right from the get-go was Curse of the Dead Gods’ art style. But after spending some time playing it I’m glad that it’s not just another looker, this title has some really interesting gameplay systems in place that all combine to make it a pretty addictive package.

Players take the role of a greedy antihero that has an insatiable lust for fame and fortune. To this end, he sets off to explore a mysterious temple that is just brimming with all manner of monsters, treasure troves of loot, and a gazillion traps. As this game is in Early Access, there is a single temple to adventure through as of yet, but Passtech Games has stated that two more temples are planned when they finish the game sometime toward the end of 2020.

As with other roguelike games, when you are killed in Curse of the Dead Gods, you have to restart with the same rudimentary weapons that you had in the first place. This is offset somewhat by the fact that you’ll have increased stats and/or amount of gold from prior play-throughs.

As your greedy little antihero clears level after level within the temple, he’ll gain new weapons and other equipment, as well as stat buffs. These come at a price, however, whether it be through having to spend gold or pay in his own blood. In a unique twist, every time that you utilize the character’s blood, he increases his chances of contracting a curse. Curses have both a positive and negative effect and you can only remove a curse by taking out the local level boss. 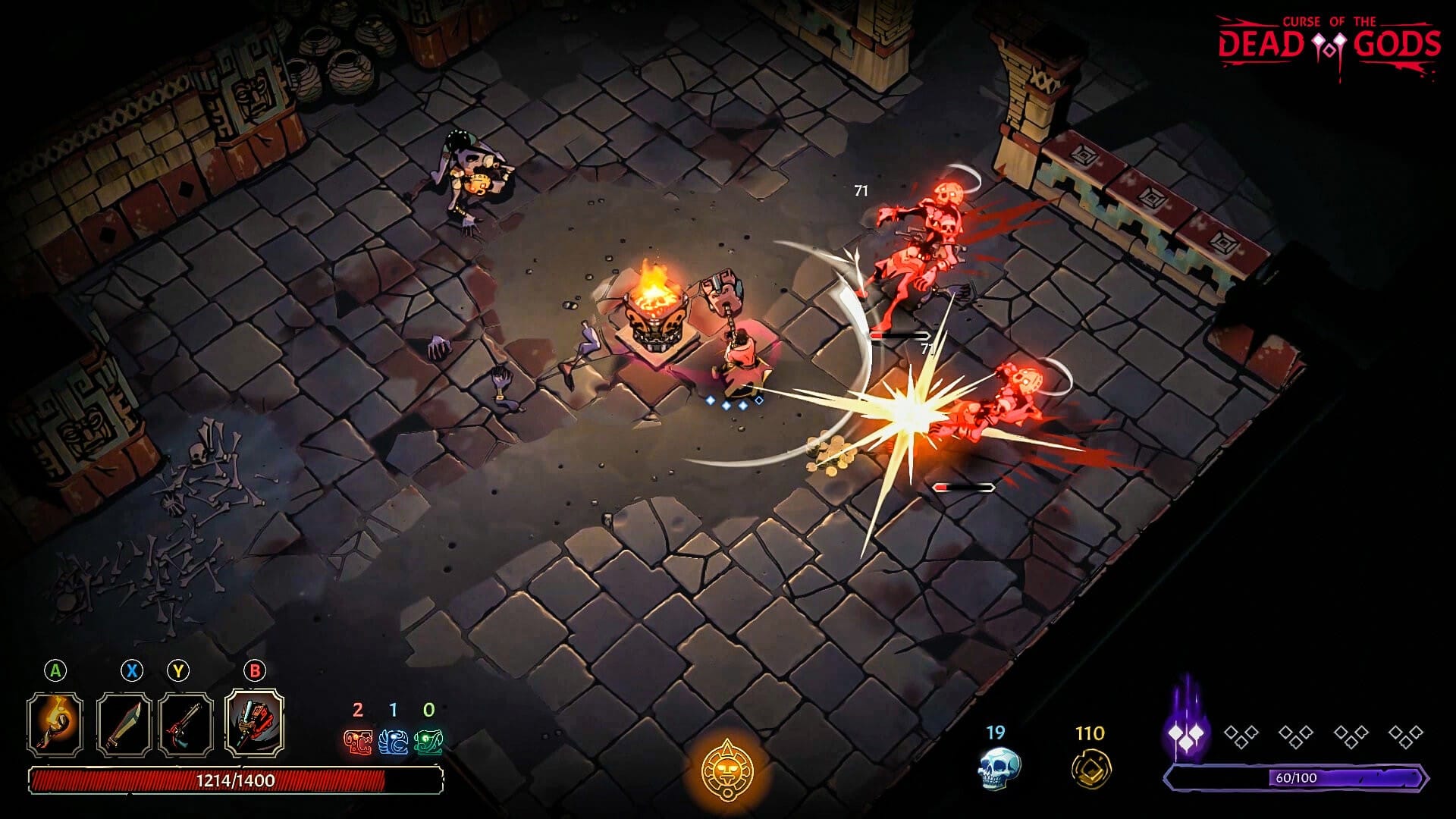 Thankfully, Curse of the Dead Gods’ combat system is pretty intuitive. You can dole out both melee and ranged attacks along with some cool-looking combos. You can also utilize parries and dodge moves to help avoid taking too much damage from the many enemy types infesting the temple’s various hazardous levels.

There are also all sorts of traps that can ruin your day if you don’t respond quickly enough to them. As both dodging and wielding large weapons can drain your character’s stamina, you have to keep an eye on your stamina gauge since when you run out of it, he becomes sluggish. Many traps can also be impossible to spot unless they are lit by a light source, so keeping things illuminated is the order of the day, lest you stumble into one and perish.

Early Access titles can be hit or miss these days, but roguelikes such as Hades and Dead Cells have proven to utilize this phase of a game’s lifespan, very well. Curse of the Dead Gods continues the trend, although its splendid graphics are much more in line with the smooth art design of Hades (I’m not a big fan of pixilated graphics but others may like the Dead Cells look). In all, Curse of the Dead Gods is shaping up to be a fantastic indie title that just may garner its own cult following in the future. If its developers handle it with care, which seems to be what’s happening, we could have a new roguelike hit on our hands. I, for one, am looking forward to seeing how this game grows with additional content updates and patches.

Curse of the Dead Gods has some pretty good looking graphics that make its roguelike gameplay truly shine. However, you want to have a pretty beefy gaming PC or gaming laptop in order to play it at a decent framerate. So, you may just want to invest in a decent gaming rig: 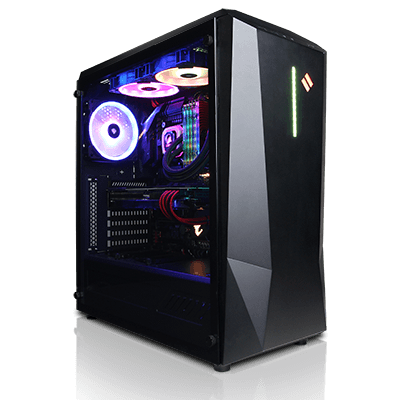