I’d been checking out HypeTrain Digital’s new survival horror game, Desolate, ever since it hit Early Access on Steam a mere two months ago. I thought it looked interesting but a little too rough around the edges. The vast majority of EA games seem to be extended play-testing projects where the developers can still make money while presenting unfinished products to careless gamers.

But, after reading some of the recent Steam reviews, I said to myself “okay, let’s give this a chance,” and took the plunge. I also convinced a gaming buddy of mine to grab it as well so that we could try out the game’s much-ballyhooed about co-op mode. 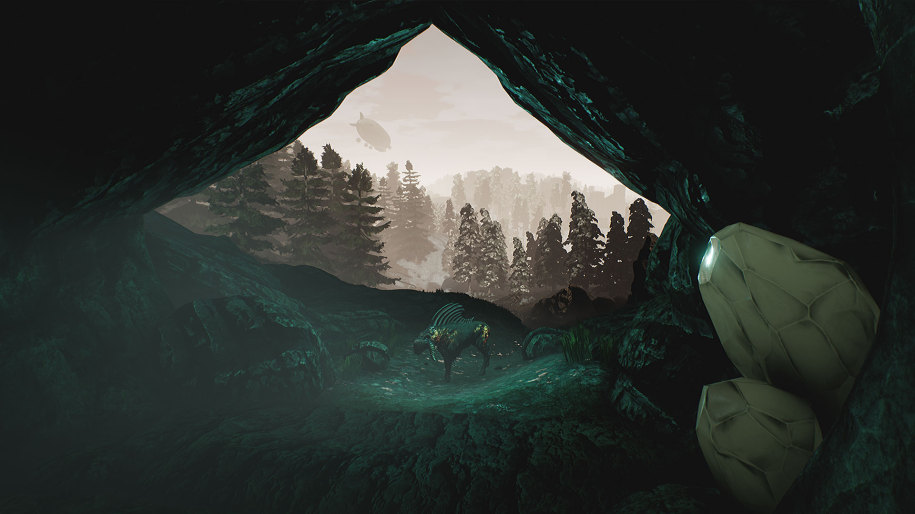 Desolate’s backstory is an interesting one. It involves a mysterious megacorp called “The New Light” which has been conducting all manner of nefarious experiments on the game’s main campaign location, Granichny Island. You step into the shoes of one of many “Volunteers” who have been dispatched to the island.

Your mission: To search the island for any sort of clues that can shed some light on what exactly went wrong. Yes, you guessed it—some type of catastrophic event went down and of course, the company sends its peons out to do its dirty work for it. Isn’t that always the story? But I digress…

As my friend and I began our game, we found ourselves on the eastern coast of the island, near a small complex of buildings. Right off the bat, we remarked to each other how gloomy and forlorn the environments looked (it didn’t hurt that it was nighttime). After a little teasing of one another as to who was too scared to walk down into the complex, we both cautiously crept towards it. 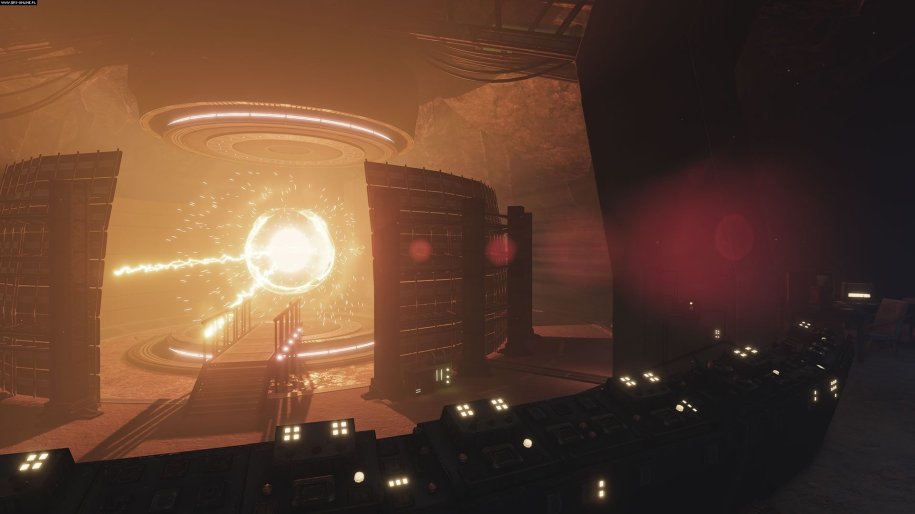 We weren’t even fifty feet from the place when we heard some fierce, unnatural growling noises. Then we saw a large, bear-like creature with way too many rows of teeth coming straight at us. We hauled our behinds out of there in a jiffy, shrieking through our mics the entire way.

After a few moments, we discovered that we were no longer being chased and stopped our sprinting. We took a few additional moments to pretend to each other that we weren’t that scared and were just acting like it for fun. After we played that whole charade out, we crept back down to the opposite side of the complex, except this time we utilized the game’s handy crouching technique. 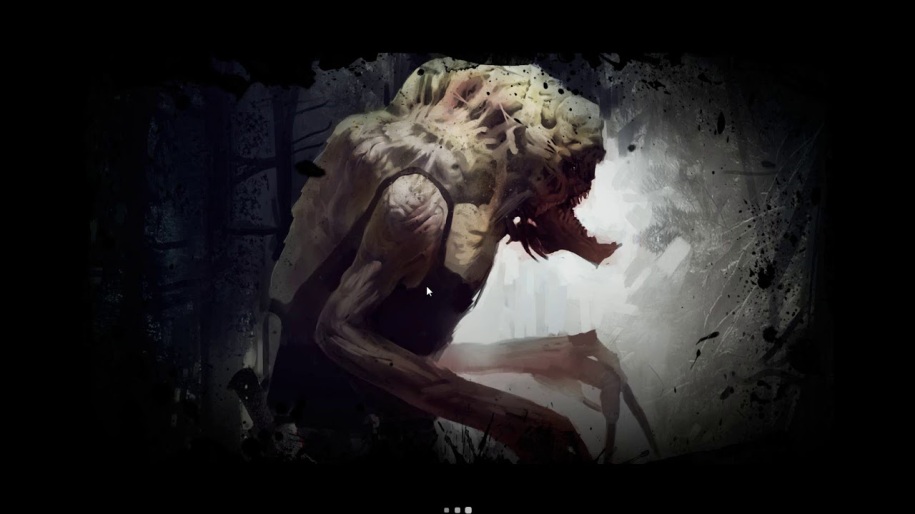 We approached what looked like a storage building and preceded to sneak in through its back door, thinking that we were being so ninja that nothing would be able to detect us. What a joke. As soon as we snuck through the door and were about to begin our search of the premises, we got a nice little surprise. The ghostly silhouette of what looked like a little girl suddenly appeared right in front of us. It was blacked-out and accompanying its appearance was the high-pitched singing of an evil-sounding lullaby.

This time there would be no pretending about being scared…

One of the things I love so far about Desolate is that it’s not afraid to be unique and take chances. In most other survival horror games these days, you’ll find zombies, zombies, and more (drum roll)…zombies. Or, the devs will think they’re being clever and more original by calling them “infecteds.” 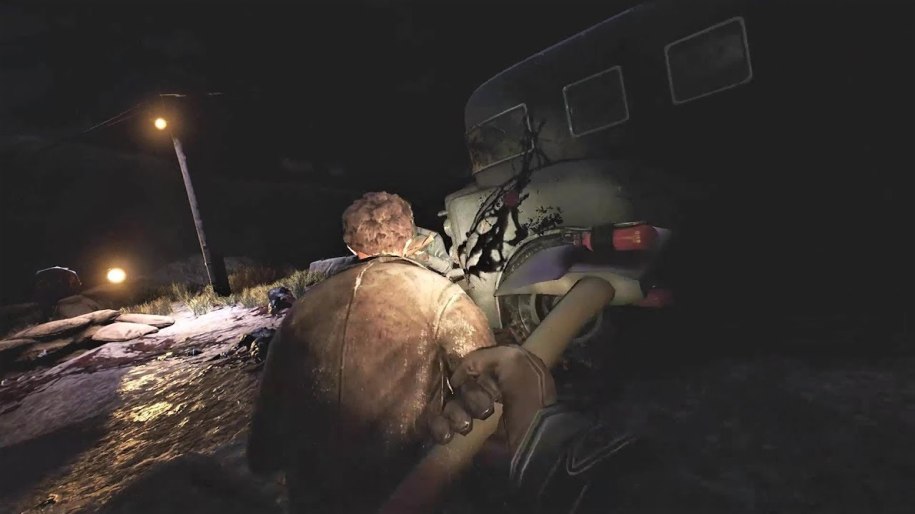 Not so in Desolate. In this game, you’ll find all manner of beasties and entities. Everything from red-eyed, demonic looking madmen; feral, mutated four-legged creatures; different sorts of ghosts; and even energy-based entities—the likes of which I haven’t seen since playing Half-Life.

Desolate also features a full crafting system, and there are tons of resources that can be found on the island to utilize for your recipes. However, just be aware that ammunition for guns is scarce, so if you are fortunate enough to find a firearm, pick your shots carefully. In my first game, I came across a pistol with three bullets early on but made the mistake of freaking out when I saw a low-level madman enemy and wasted all three shots on him. 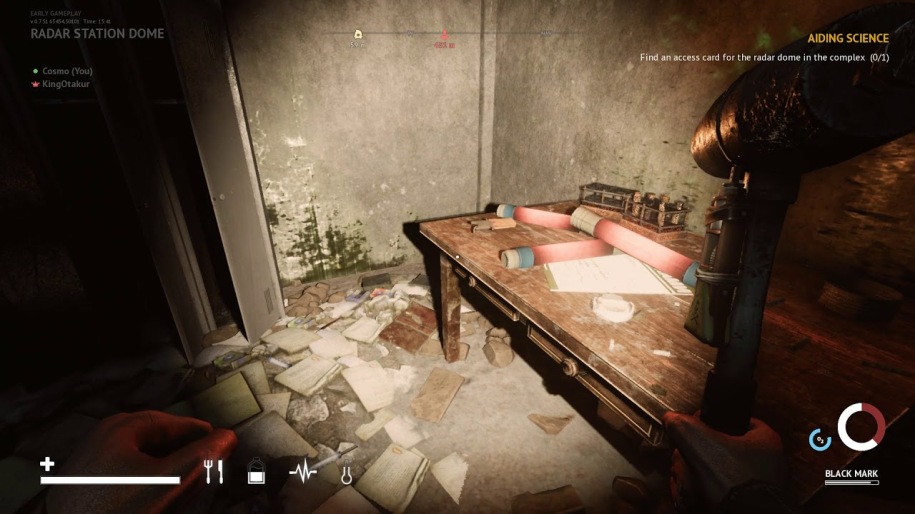 Desolate is probably one of the most unique survival horror titles that I’ve seen in quite some time. It features creepy environments, good graphics, excellent sound design, and an immersive storyline that will keep you guessing. Try it out with up to three of your friends in co-op and see what you think.

Desolate features outstanding graphics that make its survival horror gameplay truly shine. However, you want to have a pretty beefy gaming PC or gaming laptop in order to play it at a decent framerate. So, you may just want to invest in a decent gaming rig: