I’ve always longed for a game that basically copied the theme of John Carpenter’s 1982 science fiction horror classic, The Thing (the one starring Kurt Russell). Like my other favorite science fiction horror film, Alien, it placed a group of relatively intelligent people in an extremely isolated setting, and slowly introduced the main threat. Come to think of it, both were “alien invader” films.

Both films also featured an alien that had a definite life-cycle and incubation period. During the parasitic gestation process, both creatures lurked just underneath the surface (literally) of so-called normalcy. But whereas the xenomorph creature in Alien was pretty damn scary, the shape-shifting horror in The Thing was something else altogether. 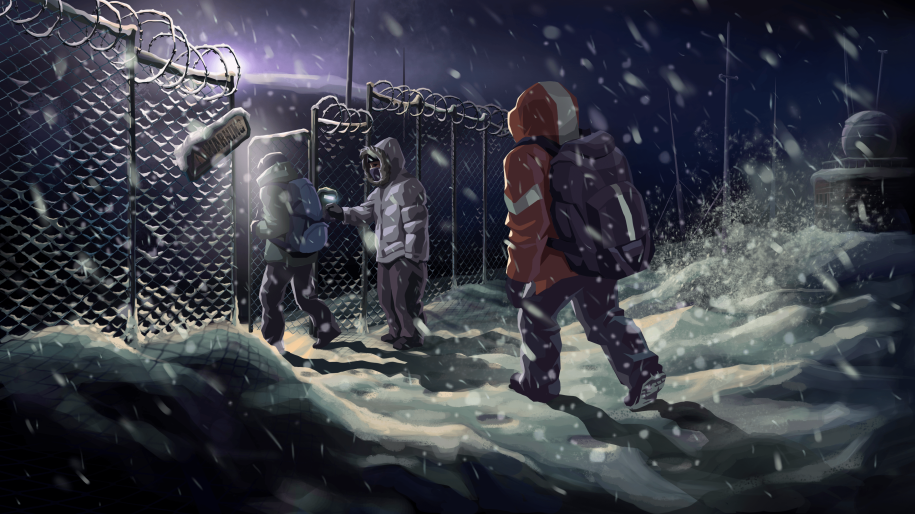 What was so menacing about The Thing’s entity is that after latching on to (and overtaking) a host, it duplicated its outer appearance. Therefore, you could never quite be sure if you were in the company of friend or foe. Compound this with placing the unfolding story in an isolated setting, and you’ve got the recipe for some serious scares.

For whatever reason (maybe a lack of creativity?) no one has ever made a video game that accurately captures that whole isolated setting/undercover-horror thing. Well, until now. Indie game developer Cheerdealers stepped up to the plate and taken a stab with their survival horror game, Distrust, last August (2017). 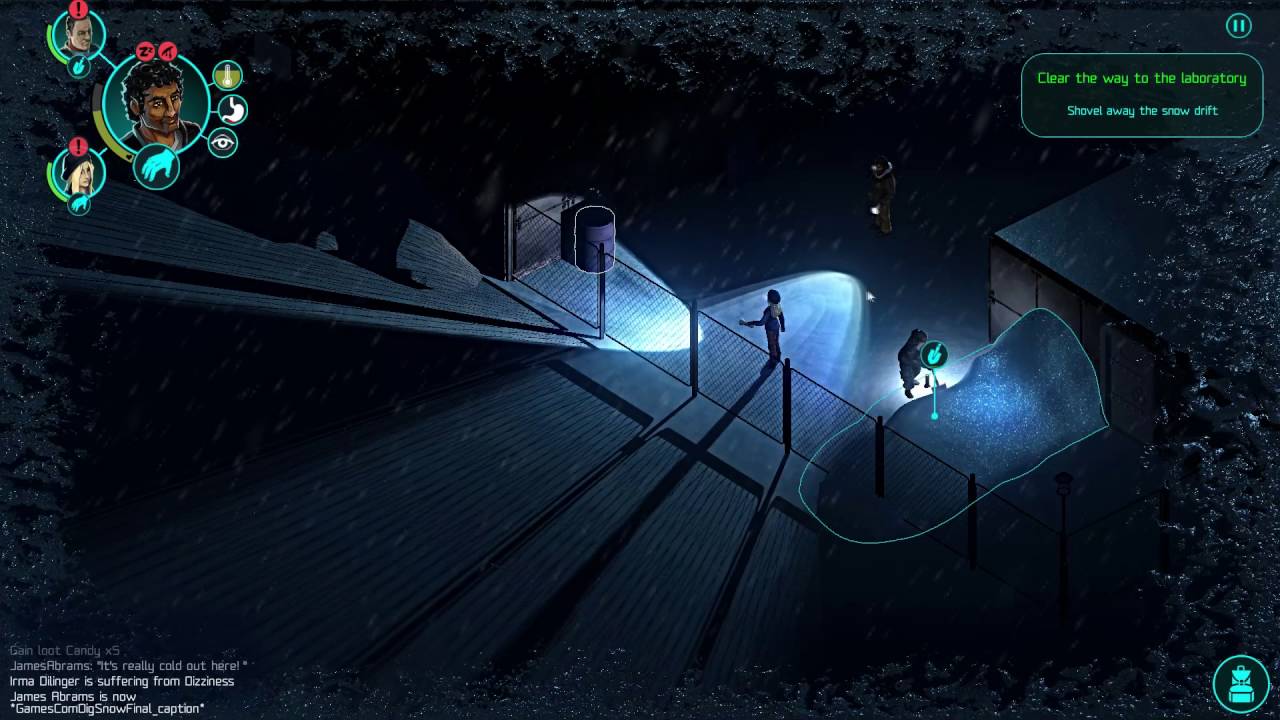 Distrust’s launch was pretty rocky. I’m sure that’s due in part to the game’s Steam page blurb, which reads: “Inspired by John Carpenter’s “The Thing.” When you announce your game like that, you automatically have one gigantic order to fill. Indeed, when I read that, Distrust was instantly added to my watch list. And when I finally received a copy of the game, I was ecstatic with anticipation.

Like many gamers, I was instantly impressed with the down-home graphics and charming atmosphere. Distrust certainly looked the part, as far as painting the picture of an isolated polar base, along with an assortment of well-drawn characters. 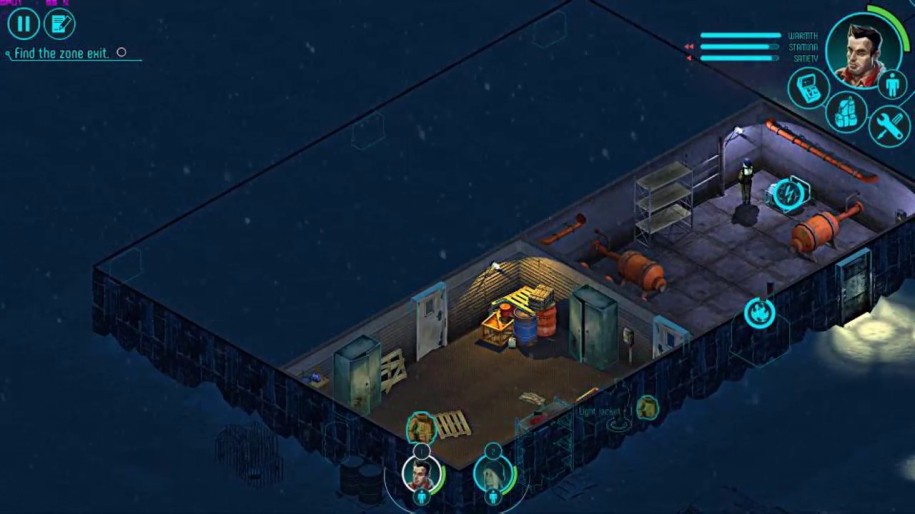 Distrust put you in the role of one of these characters, whose helicopter crash-landed near the arctic base. The basic gameplay centered around trying to stay warm in the freezing temperatures while investigating the base, in order to find clue that might help you get out of your predicament. The only thing (no pun intended) was that there was that every time that one of the characters in the group (it was originally single player with the player controlling a group of survivors) tried to catch some sleep, one or more dastardly alien creatures would probably show up.

I’ll be the first to tell you that I was far from blown away by the initial creature designs. They basically resembled glowing basketballs. And I wasn’t the only one who was slightly underwhelmed by this—many gamers complained (and even made fun of) about the un-scary aliens. They also clamored for a co-op mode as well.

Like any good indie game developer, Cheerdealers listened and reacted quickly. In short order, they not online introduced additional types of alien threats (which are much more in line with The Thing), they also recently released a co-op mode. These were much-needed adjustments which breathed new life into Distrust, which already had an excellent premise, and loads of promise as well. After reading the game’s most recent update notes, I became curious about Distrust and jumped back into it. And boy, am I glad I did. 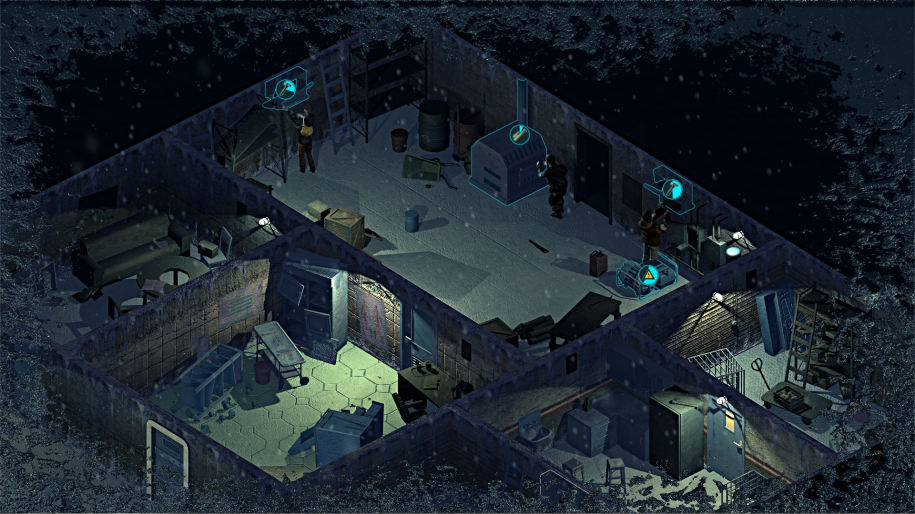 My very first game was quite an experience. I began a new co-op game with a couple of companions. All of us had mics so communication wasn’t a problem. We immediately set out to scurrying around the base and looking for anything of value. Coffee beans; wooden planks; heck even simple bandaides can save your butt in Distrust.

During our ravenous searching, one of my companions cut his finger. He said he was okay but we quickly shifted our focus to locating any sort of first aid supplies. Eventually, our friend collapsed from blood loss but luckily we were all within the same building when he did. Our plan was simple: I would go out and try to scare up some medical supplies while the other remaining person would guard our downed companion.

I was searching through a building not far off when my friends reported that some creatures had suddenly shown up and were trying to get through one of the doors. I ran as fast as I could back to their location but then the one who was guarding announced that he was starting to lose his mind. Things got a lot worse from there. 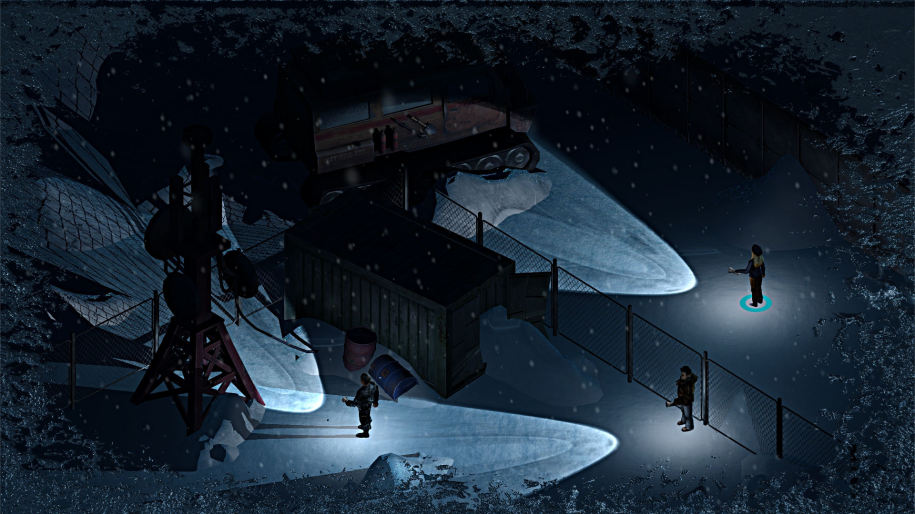 Every co-op game of Distrust I’ve played since then has been fraught with similar forms of high anxiety. This is a game that gradually wratchets up the tension until throwing some real horrific events your way. How you deal with them is the meat of the game.

I’m happy that Distrust is back on track, and is really embracing its science fiction horror theme. It’s a blast to play with friends since every game can be quite unpredictable. I, for one, am looking forward to further updates to the game.

Distrust features outstanding graphics that make its survival horror gameplay truly shine. However, you want to have a pretty beefy gaming PC or gaming laptop in order to play it at a decent framerate. So, you may just want to invest in a decent gaming rig: