What first struck me about the new post-apocalyptic thriller, Encased, was how choosing my initial class during the game’s character creation really mattered. Instead of the usual boilerplate offerings for these types of games, such as Hackers or Mutants, you have to decide what kind of background your character comes from based on the color-coded uniforms they wear.

There are five different choices; Black Winged characters come from a military background, White for scientists, Orange for cheap labor types, Silver for moneyed investors, and Blue for engineers. Not only does your background determine what kind of attributes and skills are available to you, but will also permeate into the game’s stratified society. 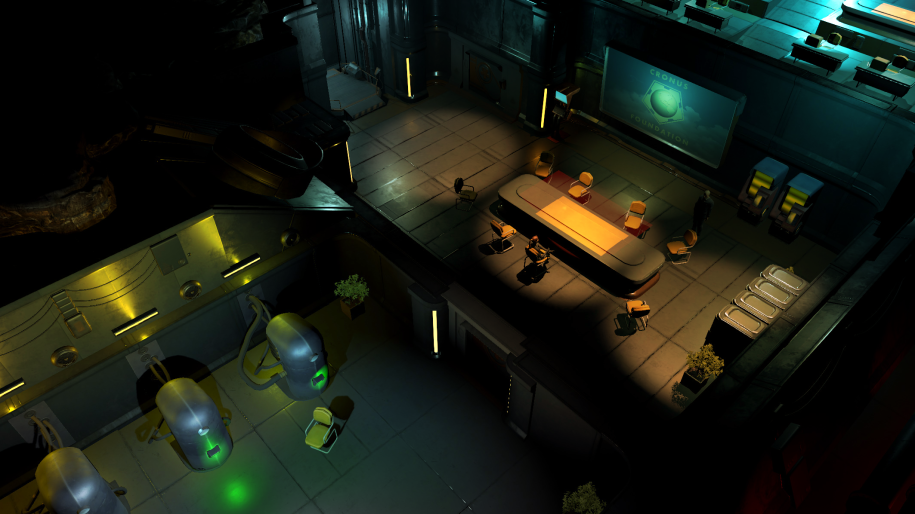 Encased tells the story of a gigantic dome near a settlement called Magellan that was discovered after a catastrophic event befell humanity and wiped out most of it. People in power and their minions hypothesized that the dome contained some sort of powerful artifacts from a bygone alien civilization known as the Forefathers. However, all who enter the dome disappear, never to be heard from again.

The game has a granular dystopian storyline that unpacks itself early on, but also gives you a choice-based narrative that hints at the great things to come: Namely, giving players lots of freedom and interactivity with the world around their chosen digital avatar. Ironically, the world that Encased is a societally rigid one that reveals itself in subtle and not so subtle ways and you progress through it. 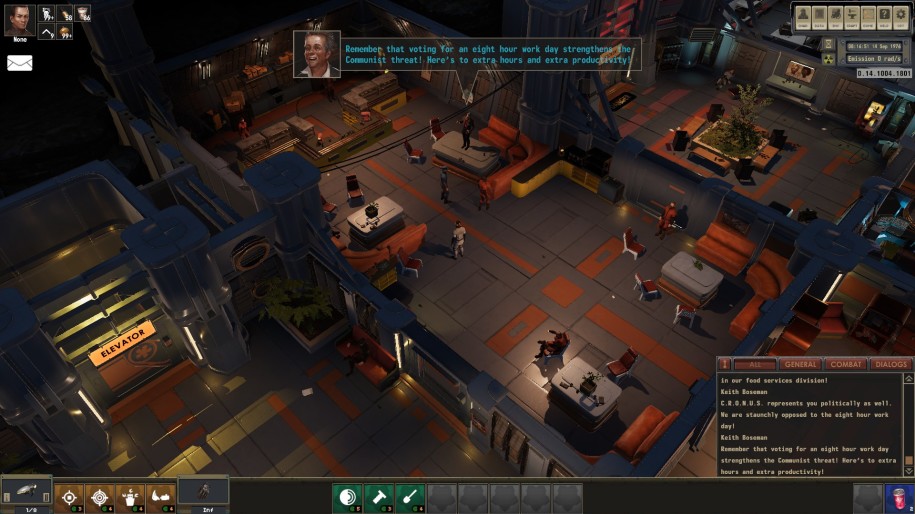 How your game both begins and develops as time goes on depends on your background. For instance, while playing as a White Wing scientist, I was allowed to explore all of the lab and scientific research-based areas and could interact with other scientists. By contrast, being a menial worker Orange Winged guy meant starting my gain in restraints and trying to find a way out of captivity. When interacting with NPCs, the only dialogue restrictions were because of my character’s lack of skill in certain areas.

The dialogue system isn’t there just for players to be given the illusion of choice, as happens in many role-playing games of this sort—each decision actually alters whatever mission you’re on. For instance, when my character was offered lodging in Magellan, it all depended on whether I could locate a fancy watch and transport it safely back to its owner. From there, there were other choices, such as either interrogating a local who seems to know who the thief is, or I could offer him some chemicals to snitch up the info.

If there’s one thing that is certain about Encased, it’s that everything is full of uncertainties. Missions that you take on have minimal information at best and it’s up to you to deduce what decisions your character will make. This sort of non-hand-holdy approach harkens back to the glorious RPGs of old, where you actually had to stop and think about your next move, or even a couple of moves ahead. 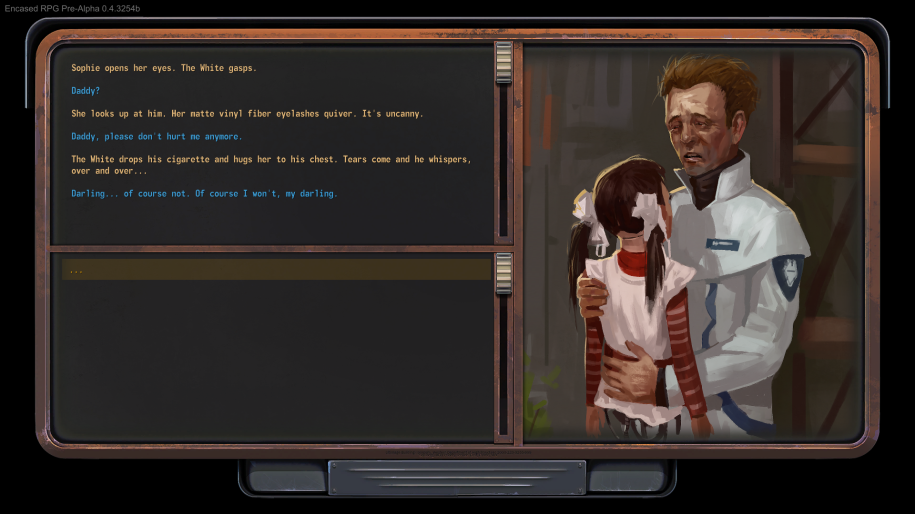 The game’s turn-based combat system should be pretty easy to grasp for anyone who has played these types of games before. Thankfully, no one ever automatically hits their opponents—everything depends on percentage changes, which in turn is heavily influenced by that character’s skill levels.

If I had one complaint about Encased so far it would be that there is no highlighting system for objects in the game’s varied environments. I’m definitely not requesting big glowing symbols that show me everything, just perhaps objects that highlight when your character nears them. This would be especially helpful for smaller objects.

As it stands, Encased looks to be a brilliantly crafted game that reminds me of the early Fallout titles (you know, the good ones?). I just hope that its developers continue to piece it together carefully since there isn’t really anything else like it right now on the market. 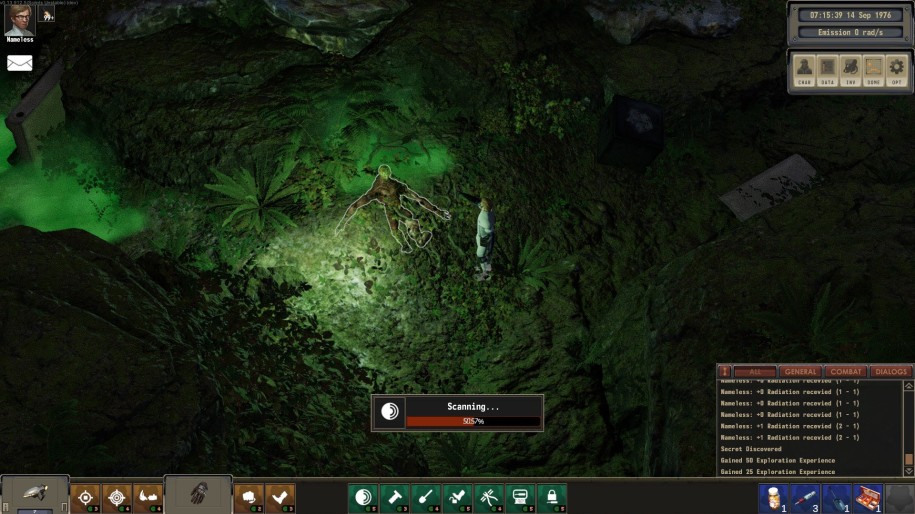 Encased has some pretty nice looking graphics that make its RPG-based gameplay truly shine. However, you want to have a pretty beefy gaming PC or gaming laptop in order to play it at a decent framerate. So, you may just want to invest in a decent gaming rig: