Besides fantasy RPGs, science fiction games have to be my favorite genre, whether they be in actual pen-and-paper form, mass media (books, movies), or video games. Luckily, we’re in an age where computing technology has allowed game developers to match epic graphics with epic storylines (although I do still have a soft spot in my heart for those older graphics from the 80’s and 90’s).

Space 4X games in particular have seen some exponential growth as of late. To me, everybody seems to be trying to capture the magic of the original Master of Orion series. Indeed, that fabled franchise put the term 4X, and the phrase “just one more turn,” on the map. MOO 2 was probably one of the greatest science fiction games ever created. 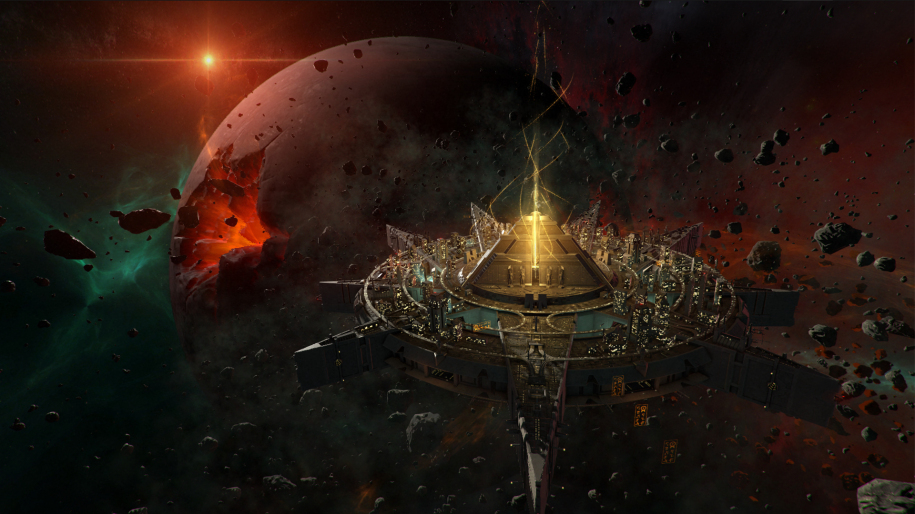 Right now, we have what many regard as the “big 3” science fiction 4X titles on the market, that have emerged from the cacophonous din of “me too” space strategy games that are all the rage these days. Those top 3 games are Galactic Civilizations 3, Stellaris, and last but not least, Endless Space 2.

When it comes to visuals, GalCiv 3 seems to be the roughest and most rudimentary looking of the three, and ES 2 sits comfortably at the higher end of the scale, with Stellaris somewhere in the middle. However, all of these games contain a vast amount of depth, both in terms of game mechanics as well as with the breadth of their respective visions. 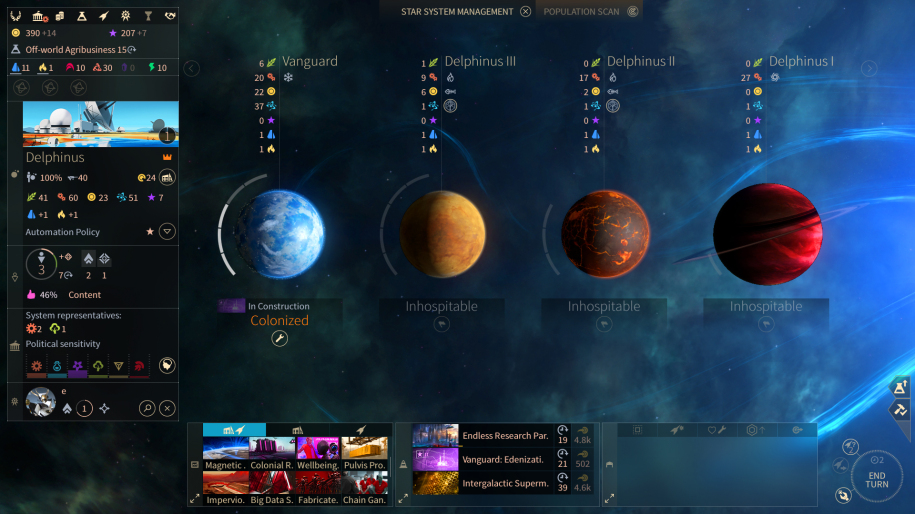 Personally, GalCiv 3 just doesn’t do it for me. In spite of its recent, massive DLC update titled Crusade, for whatever reason I just can’t put my finger on why the game doesn’t draw me in. Maybe it’s the generic-looking races (although you can create your own as well), middling combat system, or boilerplate visuals. Who knows?

That leaves a sort of tug-of-war between Stellaris and ES 2. One major thing that sets these games apart, and why I like them both for separate reasons, is that whereas in Stellaris you pretty much design your starting race from scratch, in ES 2 you choose from one of eight pre-rendered factions. ES 2’s races also play much more differently from each other than any ones that you’d create in Stellaris, at least initially.

Another thing that made them different is that Stellaris features fighters and bombers in its space combat system, whereas ES 2 (up to this point at least) didn’t have them. To me, space battles really aren’t real space battles unless you have smaller craft buzzing around all of the destroyers, cruisers, and capital ships, firing their pesky lasers and unloading their bomb payloads onto the larger ships. It kind of peeved me that although ES 2 had a carrier class already in-game at launch, there were no fighter and bomber craft present. Then I read somewhere that Amplitude stated that they would be introduced in a future update.

Well, that day has finally arrived—they’ve unleased both fighters and bombers upon us, and boy, is that a great thing indeed.

Game mechanics wise, bombers are the more single-minded of the two new additions. Bomber’s sole objective is to fly to their targeted ships and disburse their payloads upon them—it’s a simple as that. Fighters, on the other hand, can either attack enemy ships like clouds of angry mosquitos, or guard ships that they’re escorting and protect them against enemy bomber runs. 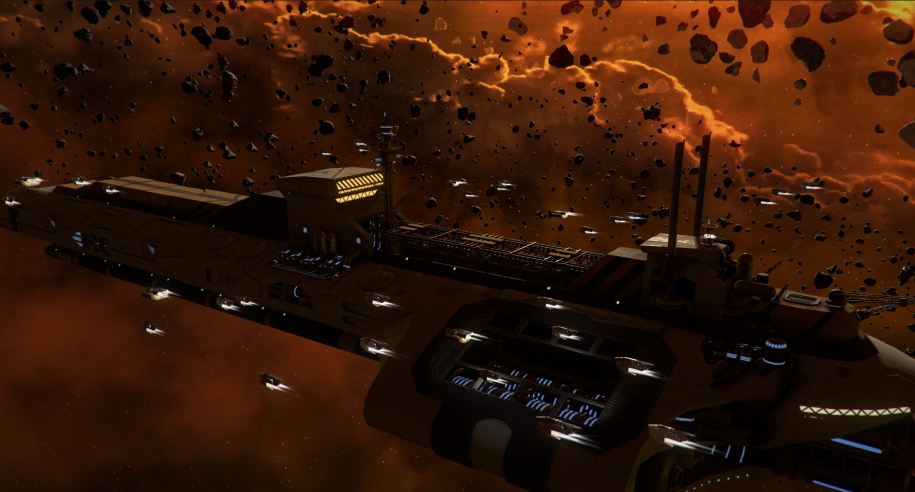 Both fighters and bombers may be equipped as squadron on board your larger vessels. All you have to do is apportion some room for them on your ship’s modules and voila, you’re ship is now a fleet carrier. There are two technology tiers for fighters, available at tiers three and four of the military quadrant within the tech tree. Bombers are located within the same quadrant and have their respective technology tiers at levels four and five.

There are also new battle tactics (utilizing ES 2’s unique strategy card system) that have been added which factor in fighters and bombers. This makes the automated battles much more diverse and interesting. It also makes each battle more visually thrilling and dynamic, as you watch your smaller craft dogfight each other and harass the larger ships of your enemy. 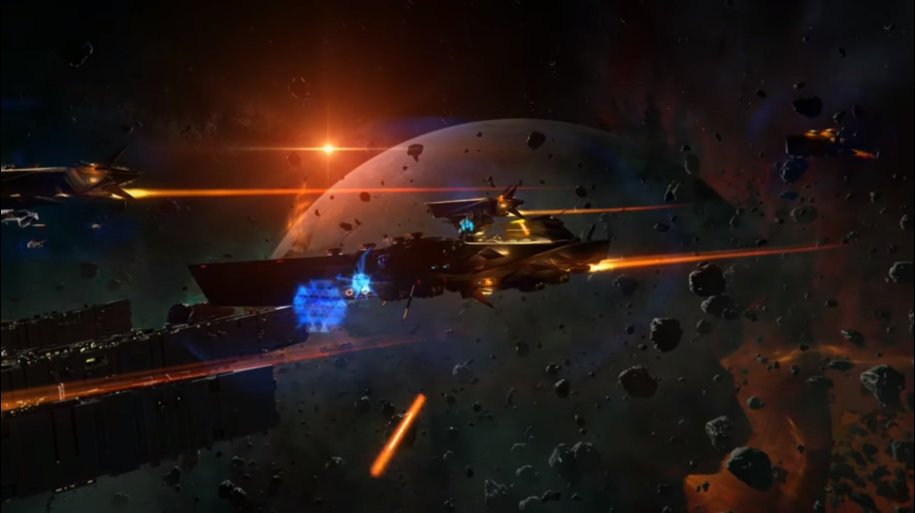 In essence this update gives my space battles that extra “umph” that I was looking for, and makes them resemble the epic conflicts seen in science fiction TV shows and movies, such as Star Was and Babylon 5. Not only that, but the developers have added in much more impressive explosions so that you get much more of a sense of accomplishment when you take out enemy ships.

Endless Space 2 – Target Locked Update is a fantastic (and much needed) update that offers what many feel should have been in the game already at launch. It lends much more gravitas and variety to your space battles as well as makes them look much more spectacular.

Endless Space 2 – Target Locked Update features great graphics that make its space strategy theme come alive. However, you want to have a pretty beefy gaming PC or gaming laptop in order to play it at a decent framerate. So, you may just want to invest in a decent gaming rig: