Nothing ever goes quite right the first time around. Let’s face it, our first run at just about anything ends up with more failure than success. That’s all right. We take that experience and we grow a little from it. This applies to impressions as well, you see something and you make a judgment. You’re not getting all the information yet, but you still put a critique on it. I’m guilty of this when looking at the whole “Subscription MMO” idea. Here’s a little story about how something I judged harshly (with good reason) grew into something that consumed a large chunk of my life.

The basics are still all there. The game starts off real slow with a lot of characters telling you about the world, then demanding that you run tedious errands. But there was something just a little different about it this time around. The fetch quests were simple, sure, but they showed me the area, took me past things that I stopped and was interested in. Between the “go find this, go hunt this, go talk to X”, I got this feeling that the game was focusing on me, the player, growing to understand it the world and adapt into it. It started off simple because there’s so much more than pushing a button on something to pick it up or attack it. The basic elements of the game that seemed so routine always had a faster, more efficient way to achieve more. It was up to me, as a player, to figure this out and adapt to the world. This all became even more apparent as I entered my first dungeon. It wasn’t just a smash and grab event, it required teamwork, communication, and reacting to the events together. The common stereotype I held of “A guy tanks, a guy does DPS, a guy heals” quickly faded away as teams reacted, swapped positions, utilized their strengths, and adapted to achieve success together.

I adore the dungeon runs. The mix of classes synergizing together was far more entertaining than everyone just trying to damage race the others as though they had something to prove. This is done even better with the “Duty Finder” system. This system allows one to queue up for a dungeon and be assigned to a group that would benefit most from your class. This of course means that the players who want to be the big/constant damage dealers will find themselves waiting for longer than supportive or tankier characters. To help with this wait time, nearly every major city has “FATEs” (Full Action Time Event) set up nearby. These FATEs are full of quick spawning creatures that allow anyone to gain some extra experience and practice skills while waiting for the Duty Finder to finish preparing a party. Of course the dungeons and FATEs are just a small part of what there is to do in-game, but the way it’s implemented really caught and held my attention.

What really tips FFXIV over the top is the immersive and beautiful world. Everything is visually stunning. Towns range from covert forest camps surrounded by nature to grand fortresses with towers that pierce into the sky. The music and sounds smoothly blend into each situation I find myself in. I began with very simple clanks and swooshes as I fought small basic creatures. As I grew in power, my attacks grew more fierce and had this satisfying impact against the ever growing opponents. Fights grew into this almost cinematic experience as all the game elements work together to give an intense atmosphere followed by a satisfying conclusion (or a crushing defeat in unfortunate cases). If there was any complaint I had for the audio it would be that voice acting is somewhat limited. I feel quests would have more weight with spoken lines, but I suppose it’s an acceptable limitation the game has run into. 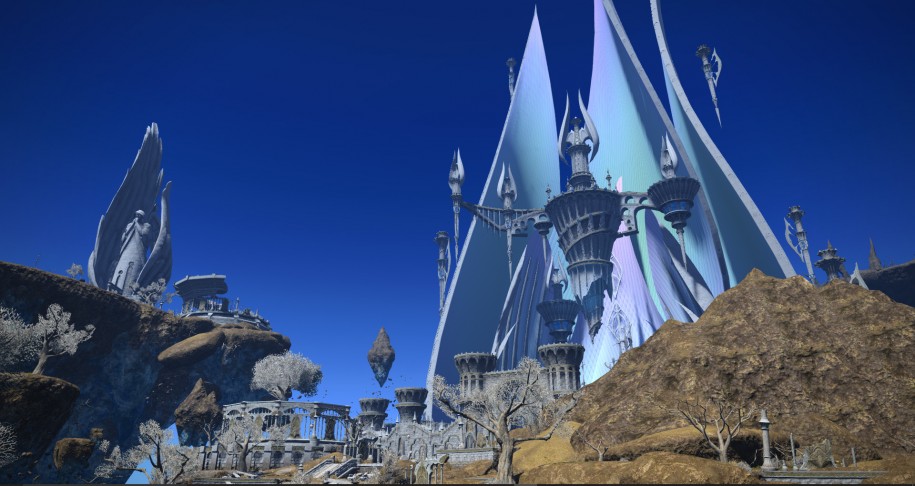 (credit to Jessica Cornelius for the screenshot) 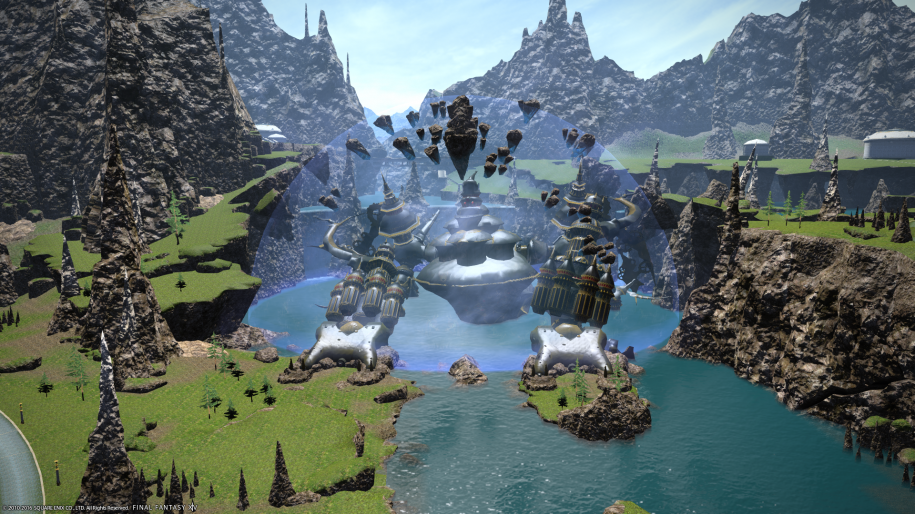 One of my biggest fears coming back to this game years later was “older content” being obsolete and phased out. In Heavensword’s newest 3.1.5 patch, they made it relevant to go back to older content to gain powerful gear as well as the possibility for fun cosmetic items.  They also tied beating the older content to getting one of the strongest weapons in the game (at the time) to beating older raids with new people so the veterans could get their items while the new people could watch the cutscenes and interact with some of the game veterans. Additionally the game updated the music, sounds, and craftable items for earlier content rather than just adding to the late game. For the current content, the game offers weekly rewards for running a huge 24-man raid and they introduced two tiers of raiding so that the casual players can experience the story of the raid and have a “light” version and the hardcore players could have their “savage” version for the challenge. The game constantly develops satisfying content for both new players and the elites that have been subscribed for so long. 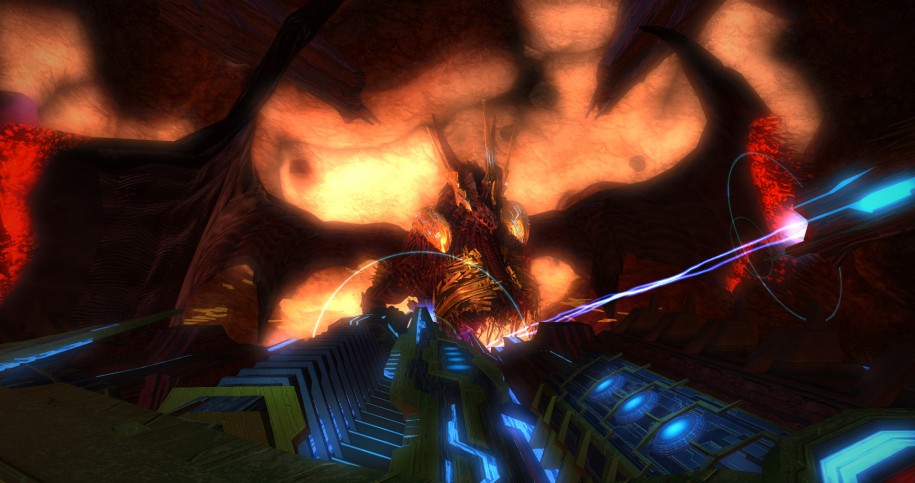 There is something for everyone here, you pick the role you wish to play in the world and off you go. The game allows the player to easily switch between roles/classes to suit whatever is desired without having to start a new character. While the subscription fee might be a turnoff, it’s clear that the game is constantly developing and updating on a regular basis. After such an awful start, Final Fantasy XIV has really worked hard to iron out it’s many kinks. There is a great sense of joy that comes from knowing that my party conquered an incredibly difficult raid because I had prepared grilled sweetfish beforehand. Who doesn’t want to say you saved the world from cataclysmic destruction because you can make a mean plate of curry? I definitely enjoy the game and wanted to share my experiences with all of you.