I’ve been there since the dawn of the Age of Wonders series. It sated my hunger for a game that was similar to the highly revered, pinnacle of turn-based gaming: the hallowed Master of Magic. The AOW series has always featured a high fantasy setting with elves, dwarves, and orcs alike, while also appealing to me because it had an RPG element, with questing and heroes. 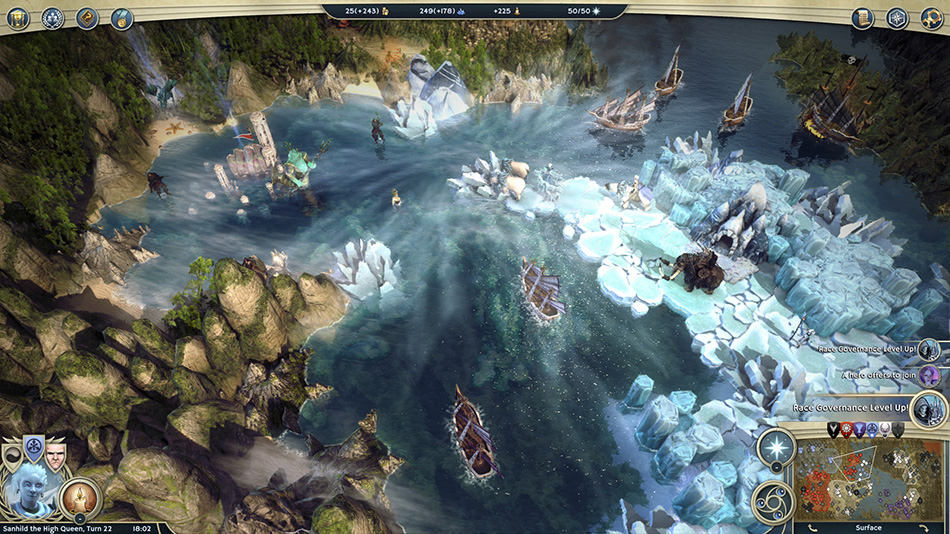 It was with much anticipation that after purchasing the latest iteration of the AOW series, Age of Wonders 3, plus its two new expansions, I fired up my first game and fidgeted nervously with my mouse. I knew that if it was anything like its earlier predecessors in the long-running series, I might possibly be in for one of the finest examples of turn-based PC gaming out there. Here’s a report from my first game…

The latest DLC, Eternal Lords, offers a completely new class, the Necromancer, to the mix. So, I just had to try one out. After carefully constructing my main leader, I chose a large random map with four opponents, and pressed launch. In the course a few hours, I’d amassed quite a formidable undead army. I even managed to take out some nearby independent domains, transforming them into ghoul cities. 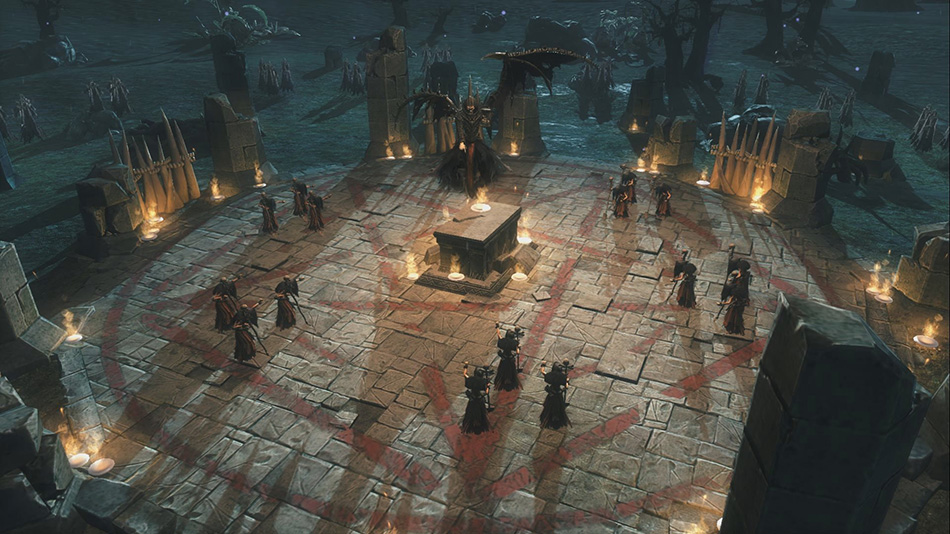 I’d come into contact with a couple of my main rivals, but hadn’t had any martial conflicts with them up to that point. The enemy empire which concerned me the most, however, was that of an evil human Theocrat, whose sociopathic, Machiavellian behavior could easily give any of our current, real-world political leaders out there a run for their money.

There was a contentious Seal of Power structure between our kingdoms, and my arch-baddy foe suddenly moved his powerful forces in to clear it out. He succeeded, and by capturing this game-changing objective, activated a timer that would enable his faction to win the game in a matter of turns. Since the original monsters guarding the Seal had been so powerful, his forces were momentarily weak. 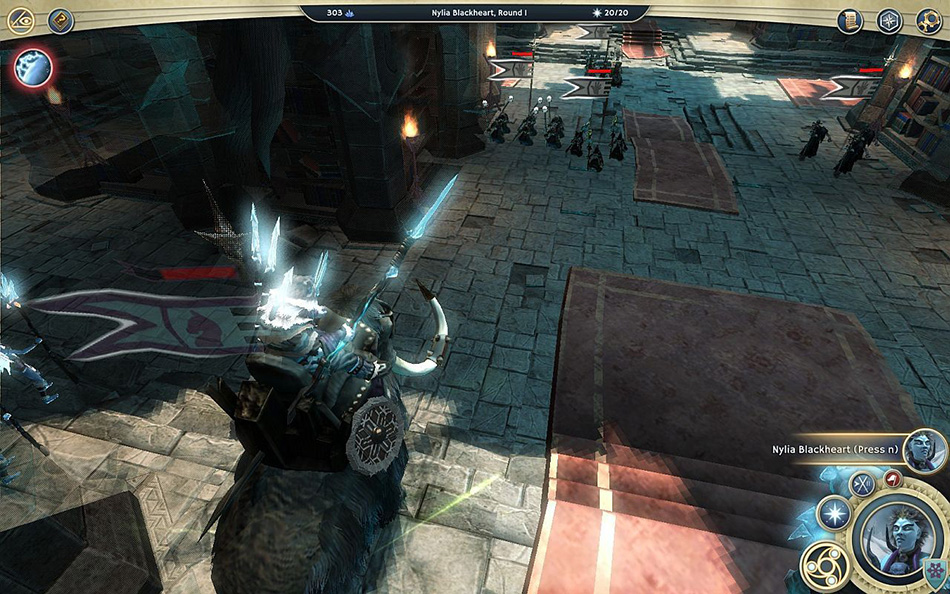 As I massed my main army around the Seal and readied them for an all-out war with the Theocrat’s malevolent forces, I suddenly received an alert that I was being invaded. My home turf, far back from the front lines, was being interloped on by…Halflings. Yes, you read it right: Halflings, which for those not in the know, are essentially Hobbits by another name. They were the other faction that I’d brushed kingdom-to-kingdom elbows with initially. But since Halfling value such things as a good pipe, hearty mead, snuggling life away while tucked within the recesses of their cozy little hill dwellings, I’d hardly considered them any sort of expansionistic threat.

Since the Halfling leader in question was a Rogue, he’d camped his forces close to the nerve center of my empire clandestinely, not far from my throne city, and had snuck through the backdoor. Since I’d scoffed at the notion of a Halfling war machine doing anything to my empires besides getting it drunk on great mead and ale, I had to look on haplessly as these miniature maestros of mischievous mayhem overcame my meager city defenses; I’d (here we go with one more M word) grossly miscalculated.

Adding insult to injury, many of the wee-folk’s shock troops consisted of, apparently, very drunk and belligerent farmers who threw chickens at my skeletal (pun intended) garrisons. Upon being initially distracted by said chickens, they would rush forth on their stubby legs and impale my gaunt guards on their pitchforks. Needless to say, I had to eat crow (along with tons of chicken) while thinking back to my nonchalant murmurings, when I’d first encountered my diminutive adversaries. 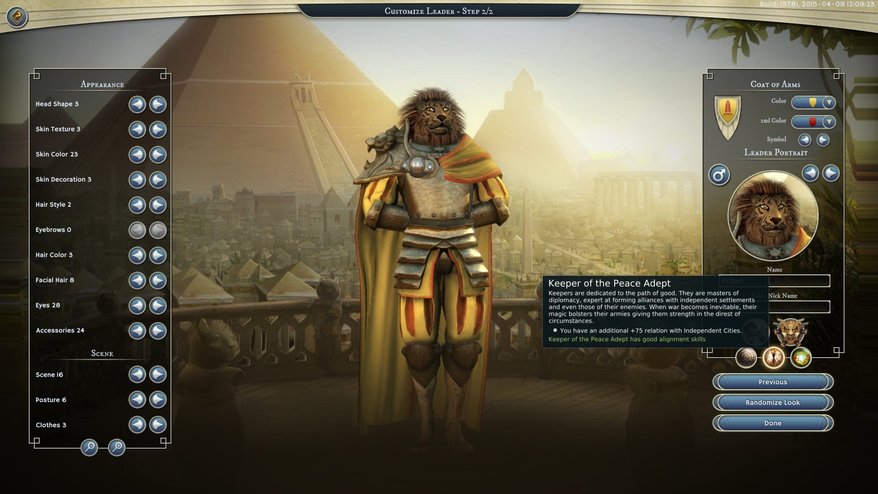 Such is the randomness and dynamism of a typical AOW 3 game (I’ve played many more games since then), and the Eternal Lords expansion greatly adds to the core gameplay. It offers the aforementioned new player class, the Necromancer, along with the cold-based Frostling and desert dwelling Tigran races, cool random “Cosmic Events,” new units and spells, rebalanced gameplay, and much more.

Combined with AOW 3’s first expansion, Golden Realms, which offers different victory conditions (including taking and holding carefully guarded Seals of Power), new hero quests, a new school of magic, and of course, Halflings (much to my despair), and you’ve got a full-fledged epic fantasy empire building game that every strategy PC gaming aficionado should invest in.

The sumptuous graphics only add to the game’s high-fantasy grandeur, and those with 4k gaming setups will marvel at the attention to detail put into it. Watch tactical battles unfold as magical bolts crackle and enchanted blades cleave through the ranks of your enemies. You can really tell that Triumph Studios did its homework on matching splendid visuals with its already tried and true gameplay.

In all, the Age of Wonders 3: Eternal Lords not only add a ton of new content to an already excellent game, but it also rebalanced its gameplay for an even more challenging experience. Oh yeah, and Triumph Studios is known for coming out with free patches which can almost be considered mini-DLCs, and have already released a major one featuring new units. This is a must-buy for any armchair PC gaming strategist. It’s also laptop gaming friendly!

On the go but want to squeeze in some epic strategy gaming in here and there? Check out this monstrous laptop gaming machine, perfect for getting your gaming fix: 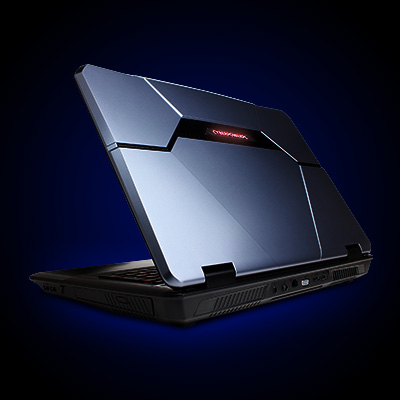 Also, check out CyberpowerPC’s website for other awesome deals as well.