2017’s Everspace was a little indie space shooter title that surprised a lot of people and became somewhat of a cult classic among gamers. It combined really cool space battles with roguelike elements and was pretty addictive.

Its developer, Rockfish Games, didn’t rest on their laurels. Instead, they went to work developing their next space-borne creation (and the sequel to the first game), Everspace 2. However, they didn’t take the lazy route and simply re-create a similar game with updated graphics. So what has been changed? Pretty much everything.

Everspace 2 still provides lots of intense spaceship battles, but Rockfish has removed the roguelike aspects altogether. In its place is a full-on space roleplaying game with a massive open world, or I guess I should say, “open universe,” to explore.

This sequel is linked to the first game in that Adam, the character that you play, broke the clone/rebirth cycle events from the first game. In the process, he upset some really powerful entities. Adam has since been living on the edge of the game’s main star system and staying out of the watchful eye of his previous employers.

Adam returns to action, as he has to make a living as a pilot and, in the process, earn his freedom. It is a pretty cool setup to what is shaping up to be a spectacular outer space RPG adventure and while the writing and voice acting are decent, there should be enough here to keep people invested in the game’s universe, and give all of us space nerds sufficient reason to keep exploring the vast reaches of space. 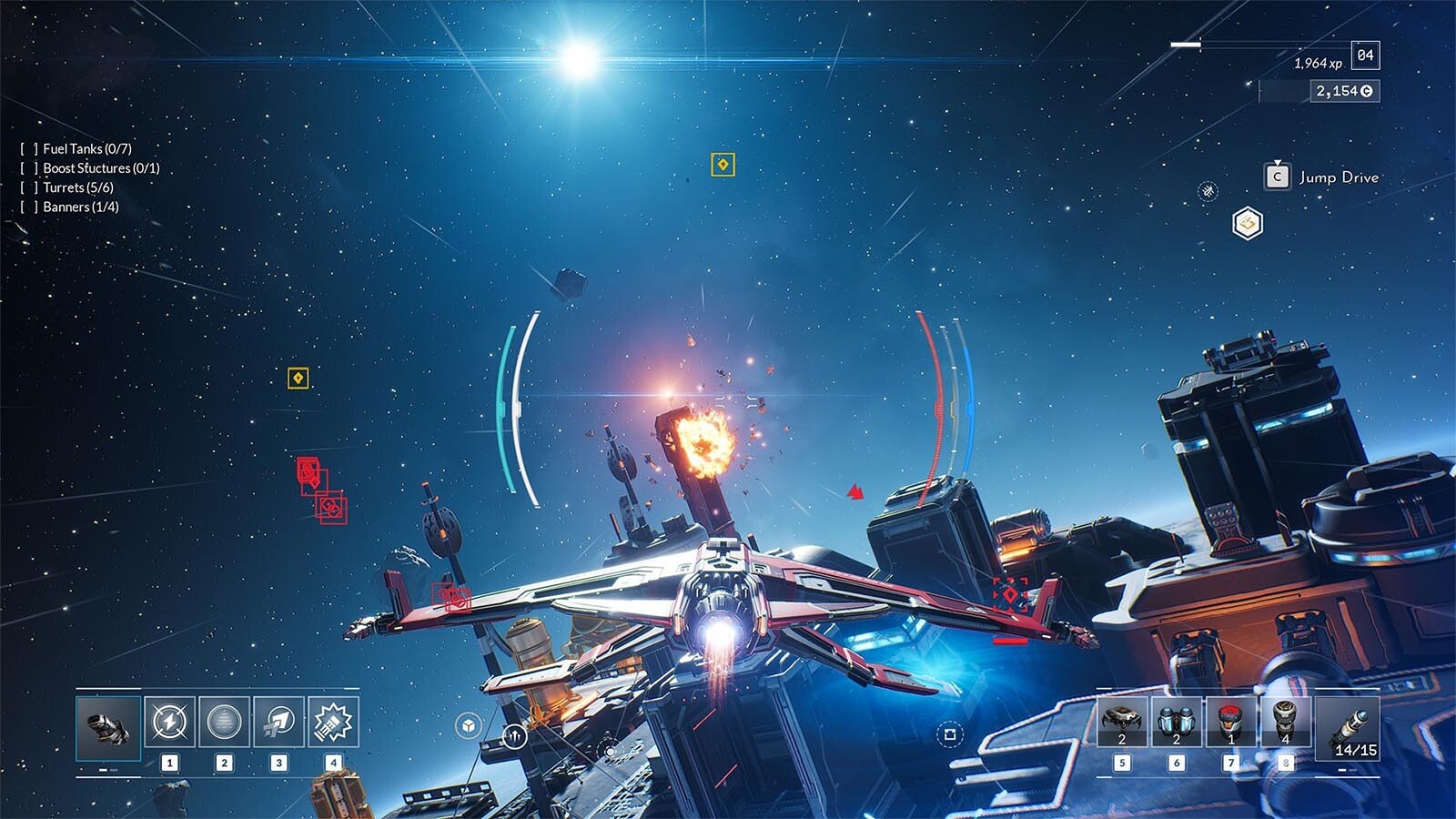 There’s already a wide array of mission types—from finding and activating beacons, to stealing crucial supplies, to eradicating pirates. Each of these main missions has multiple steps to complete and they often have unexpected consequences. There are a plethora of smaller side missions as well, that are generally of the standard RPG variety.

If you’ve played RPGs before, you’ll recognize the typical mission types—you’ll go here, shoot and kill that enemy, collect this or that, etc. What keeps this from becoming stale is that instead of playing as a warrior or wizard, I’m an ace pilot who is flying a powerful spaceship that is armed to the gills.

In Everspace 2, you’ll spend a lot of time finding loot and leveling up. As a space looter-shooter, loot can be found throughout the vast star system, such as in derelict space vessels, in the remains of destroyed enemy vessels, or hidden away in the various nooks and crannies that are just begging to be explored. 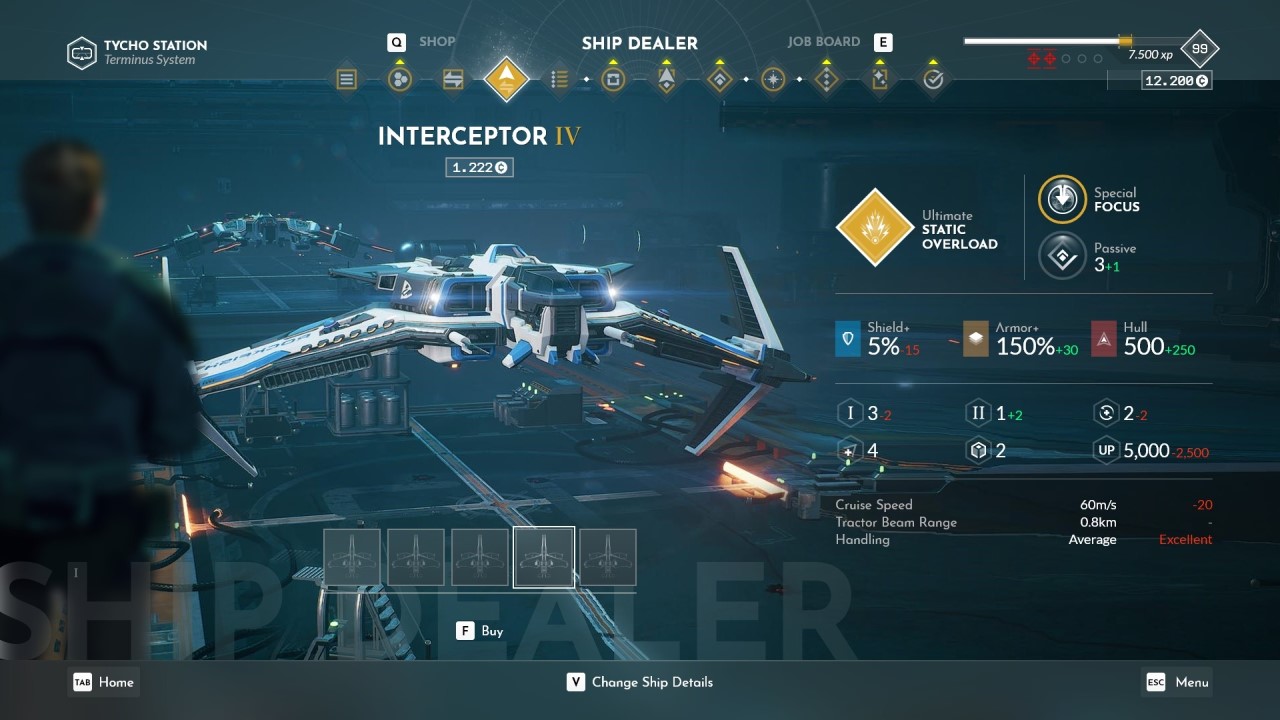 This loot comes in the form of, money, valuable crafting materials, and various ship upgrades. Weapons, shields, armor, engine, and even scanners, can all be upgraded with parts found or purchased throughout the star system.

Leveling up your ship through gaining experience points will also give a boost to your ship’s damage output, speed, and health, along with upgrade points that can be put into upgrading special onboard devices. These devices function as special abilities and come in the form of EMP bombs, armor bonuses, stun attacks, and more. There are quite a few options to fiddle with in Everspace 2 and I only expect these options to grow as the game is developed further toward its 1.0 version release.

As it stands, Everspace 2 is shaping up to be one of the best-looking and immersive space looter-shooter games with an exciting RPG layer on top of everything else. I can’t wait to see where Rockfish takes this promising title.

Everspace 2 has some pretty good graphics so you’ll need a pretty beefy gaming PC or gaming laptop in order to play it at a decent framerate. Therefore, you may just want to invest in a better gaming rig: 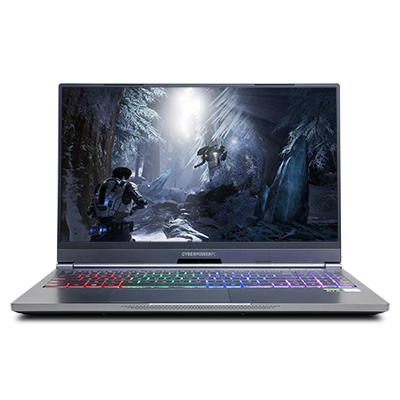