I never really paid much attention to the social deduction genre of video games. The concept of them, where you are thrown together with a bunch of other players and have to deduce who among you is a monster/traitor/alien, is an interesting one. However, the ones that I’ve played, such as the free-to-play effort, Deceit, seemed very underdeveloped, and more like money grabs than anything substantive.

Therefore, I wasn’t exactly chomping at the bit when I first heard about First Class Trouble, a social deduction game developed by indie studio Invisible Walls. But I always give games a chance and the more I played this one, the better it got.

First Class Trouble takes place aboard a luxury starliner just after the vessel’s synthetic staff, here called Personoids, have revolted. There are six players in all and only four of them are actual humans, called Residents, while the other two are the dastardly Personoids who are out to kill them. Right when you begin a match you’ll see on-screen which of the two you are.

Each match begins with players scurrying from their rooms to a central area, where they can begin discussing how to go about traversing through the ship to shut off its central computer, which is trying to hijack the starliner with its loyal Personoids. At the end of each level of the game, the players jump into a waystation where they can compare notes and reveal their suspicions. I call it the finger-pointing phase.

While there, each player can cast a vote as to who they suspect is a Personoid and if enough votes compile on the head of someone, they’ll be forced into an airlock and unceremoniously jettisoned out into the cold vacuum of space. It’s pretty merciless stuff (although it can be pretty hilarious too).

Right now the game is in Early Access, so there one a few levels to traverse through to get to the evil main computer and cut it off. But they’re reasonably sized, which allows people loyal (and secretly disloyal) to each other to form smaller splinter groups. It is at these times that many backstabbing hijinks occur.

For instance, I thought that a certain player had my back while I was extinguishing a fire so we could gain access to a blocked area—he had my back alright, or rather, he pushed me in the back and sent me careening into the fire. As I became crispy-fied he ran off giggling and said “rule number one in this game is to trust no one.”

Other times, you can be among the entire group and suspicions can boil over, at which point accusals can begin flinging back and forth. If there is a consensus that someone is believed to be a Personoid, they may be exterminated on the spot. But if they plead for their lives pitifully enough or make a compelling argument in their own defense, they may buy themselves some more time. Let’s just say that most games don’t last until the final level—indeed, sometimes they don’t even make it past the first.

To my surprise, First Class Trouble is growing a very friendly community around it who are even helpful in showing you the ropes, such as how to properly stick a syringe into people’s necks or grab them from the back so that they can be strangled.

Even when killing someone (or being killed) it’s all fair game and we all end up laughing at the end since each round ends with disclosing who exactly the Residents and Personoids are. I’m really looking forward to how this game develops in the future.

First Class Trouble has some great graphics so you’ll need a pretty beefy gaming PC or gaming laptop in order to play it at a decent framerate. Therefore, you may just want to invest in a superior gaming rig: 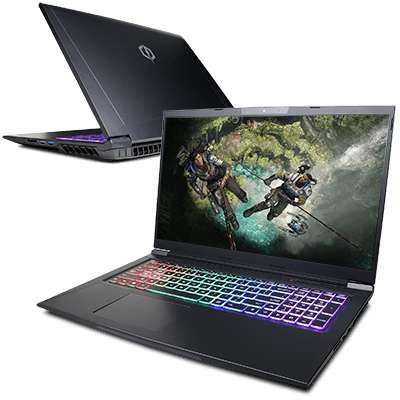