As I mentioned in my recent review of H1Z1’s other game King of the Kill, the whole zombie/survival horror craze has been waning lately. Take Daybreak’s decision to split their new zombie franchise, H1Z1, up into two separate games on February 16th, 2016 (this is from one of their official announcement from their website):

“Last year, we started to notice new player trends emerging – both the initial Survival game and Battle Royale game mode now have strong populations who almost exclusively play one or the other. 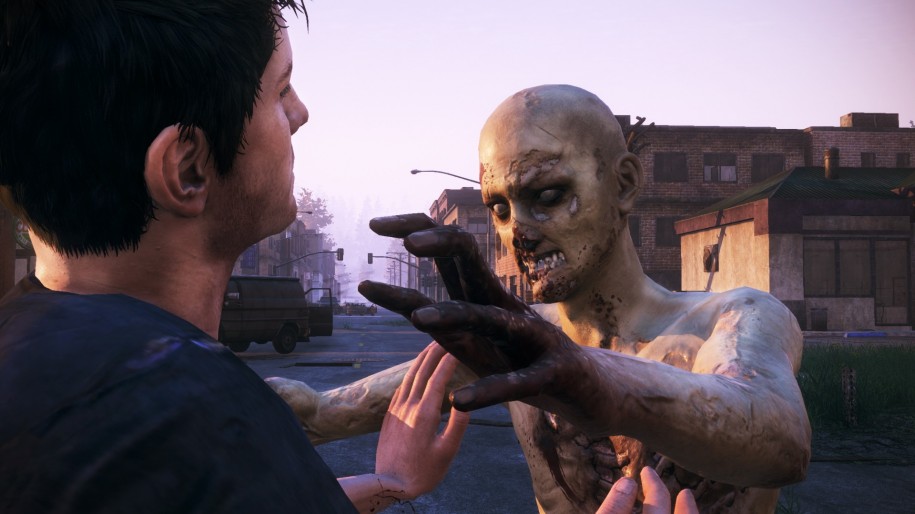 The more we developed this game with you, our community, the more we realized that in order to fully support both aspects of H1Z1, and their respective players, we needed to make them their own stand-alone games supported by their own dedicated development teams. Many players in the community have been discussing splitting the game and we’ve heard you loud and clear. We want to make sure we give both titles the support they need and deserve to truly flourish.

So, we’ve decided to do just that – we’re excited to announce that the survival game will now be called H1Z1: Just Survive, with a renewed focus on truly delivering a persistent, open-world zombie survival experience where scavenging, crafting, and base building are the difference between life and death.” 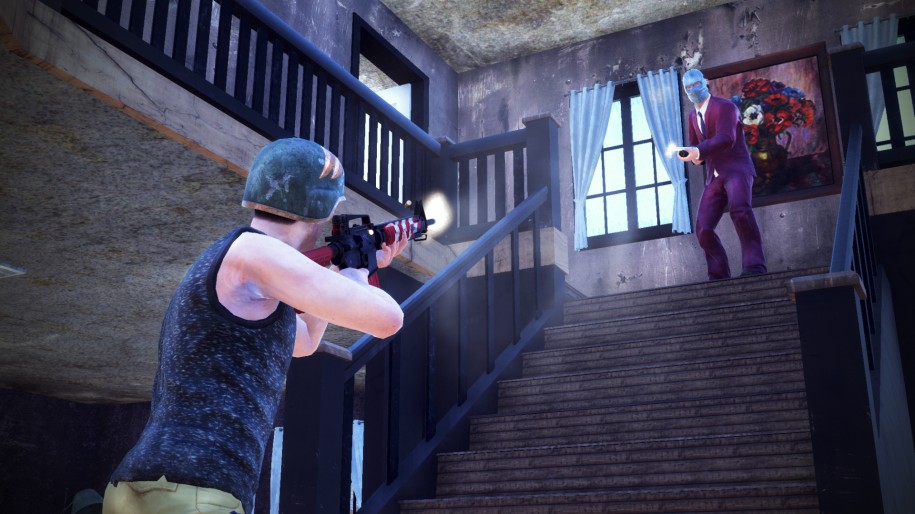 While this decision did indeed divide the communities that favored either one or the other of H1Z1 gaming experiences, it also showed just how relatively uninterested people are becoming in the more open-world aspect of zombie horror. Before the split, back around October of last year when I first played the more open-world segment of H1Z1, the servers were much busier. When I jumped on its newest iteration, H1Z1: Just Survive, I could almost hear a virtual pin drop. In other words, busy not so much.

I figure that this has to do with the upswing in popularity by tighter, more action-oriented survival games like Rust, and Evolve, as well as pure Battle Royale experiences such as The Culling, which is tearing up the charts on TwitchTV. This is probably why the other (more action oriented) game portion of the H1Z1 split, titled King of the Kill, is still relatively popular. People in general, and gamers in particular, seem to have attention spans that are shrinking even further than they were before. The hunger for quick pick-up-and-play PvP games, where you can just jump in and get to murdering folks fast, seems to have become insatiable. 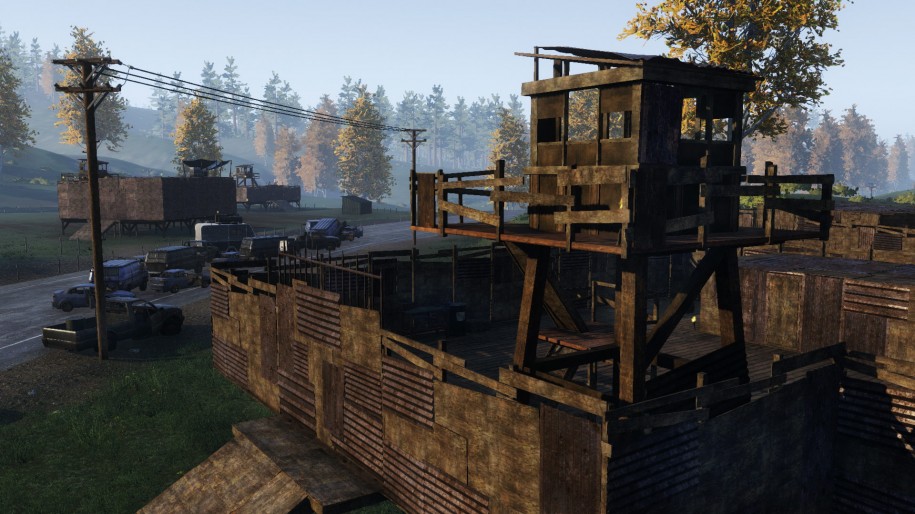 Meanwhile, games that require more patience and planning, such as H1Z1: Just Survive, are falling out of favor with the ravenous masses. After logging on and firing up Just Survive, only to be greeted by servers with “low” population counts, I finally found one with “med” and jumped in. One of the first things that I noticed was that the graphics have definitely been improved. While the houses and other buildings that populate the map still feature bland designs with repetitive layouts, the character and zombie models have been spruced up quite a bit.

The gameplay is pretty much the same as it was before the split. Players are dropped into a single, large map, and must quickly forage for supplies and weapons. The game also features the same cycle of looking for food, keeping your eyes on your hydration meter (water is scarce in Just Survive), and keeping a good lookout for enemies, human or otherwise. 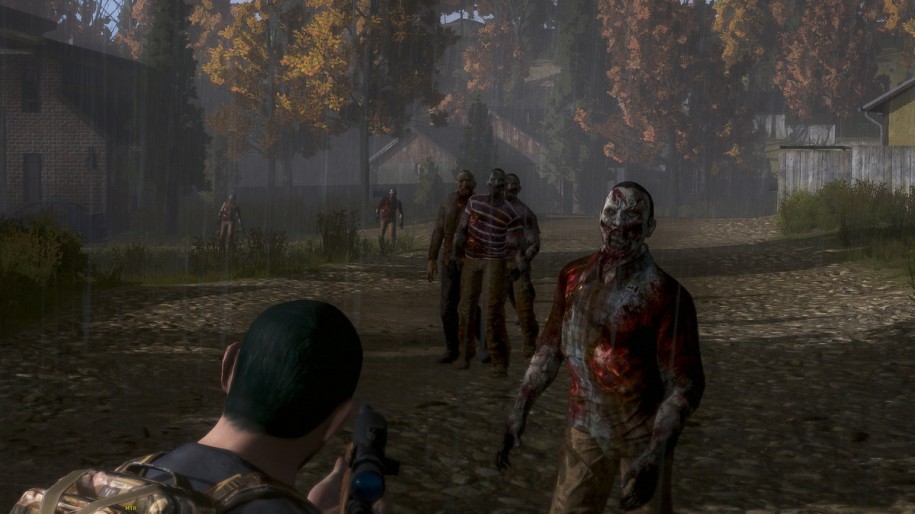 I found this to be a pretty fun experience overall, marked by some periods of tedious resource collection, such as when building bases and such. Just as with its more popular cousin, King of the Kill, when Just Survive works it really works well.

One of the aspects that I really enjoy about Just Survive is how it makes you feel that things are really, really, scarce. Whereas in King of the Kill, you can usually, within minutes if not seconds, find weapons and supplies right away, in Just Survive you’ll have to be patient since the map is not as filled to the brim with goodies. Also enter in the fact that on many servers you join, there will already be some players who have gone to the weapon and supply hotspots (mainly buildings) and rifled through their contents, and don’t expect to get what you want, at least immediately.

I remember foraging through building after building (with all of their doors opened up already) looking for any valuable supplies, and finally coming across a well-hidden hunting rifle. Then I realized that I couldn’t find any ammunition for it, so I just held it in my hands in order to at least pose a threat to anyone I came across. Sure enough, after encountering a couple of folks while brandishing my rifle, their attitudes seemed pretty nice since one only had a pistol (perhaps empty as well) and the other a hatchet. I’ve heard of many KOS (kill on sight) incidents transpiring in Just Survive games and so had planned accordingly—and my ruse seemed to pay off. 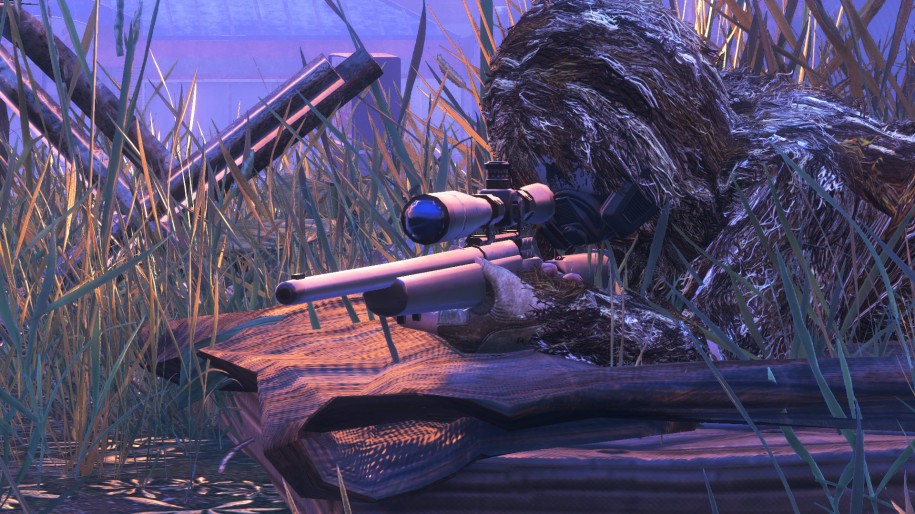 These elements of strategy are both fun and nerve wracking—not knowing if you’re going to make it to a water source on time in order to get water on time; not knowing if you can trust other players enough to follow them to meet their friends; figuring out if you should approach a town at nighttime that you noticed some movement in—these factors all require careful decision making. And that’s one of the things that makes Just Survive great at times.

I’d say Just Survive still has some room for improvement but since it is still early access and isn’t going to be complete until later in 2016, we’ll see what happens. It’s a brilliant (if derivative) blend of action, survival, crafting, and open-world randomness that can be really fun most of the time. I think the question of whether it will be successful is if it can just survive many gamers’ waning levels of patience long enough for them to be interested in playing the final product. I definitely hope so and will be back at some point to review the final game.

H1Z1: Just Survive has good visual that are only going to improve with time. With that in mind, it should be played on a higher-end gaming laptop or gaming PC.  We recommend playing it on a more powerful machine: 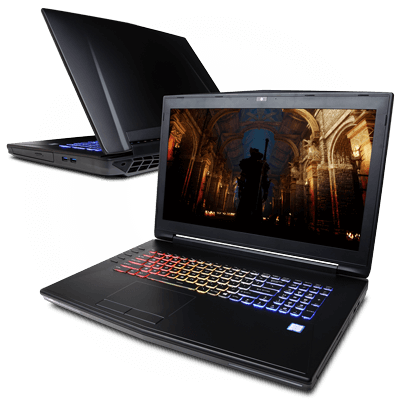