I walked the game’s titular character, Agent 47, up to the yacht, where a rather larger elbow-rubber was well in full swing—each deck packed with well-dressed guests. Wearing some casual cargo pants and a light sweater-shirt, I had the scowling, bald-patted hitman approach the vessel’s gangway which was flanked by two uniformed security guards. One held up his hand and told me that the party was only accessible to private guests and that I had to vacate the premises stat.

From there I faded off into a nearby construction area and, sneaking up behind a lone unsuspecting carpenter, choked the man unconscious. I quickly donned his outfit and deposited his body in a makeshift bathroom. I walked back to the yacht but this time I spied an open side area of the ship where there were other construction types who were busy going over blueprints and shooting the you know what. I eased by them, careful not to be noticed by the foreman since he probably knew who all of his workers were by face, and into the bowels of the ship. 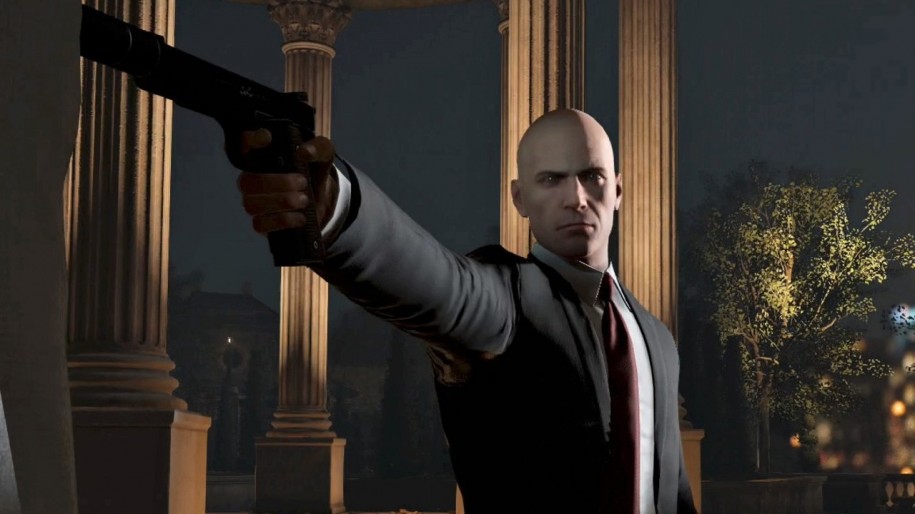 In an isolated room I picked up some rat poisoning that had been lying around and carefully secreted it. Moments later, I was nosing around a ship worker’s quarters, and upon finding a fresh uniform, donned it. Ah, a crewman’s clothes and rat poison—this could get interesting.

I activated my “instincts” which highlighted my mission’s main target, a thief named Sparrow. He was swaggering around on a deck above the lower level that I was on. Just as I located a stairway upwards, another security guard suddenly came into view. He eyeballed me suspiciously and even made a “huh?” sound, and I in turn moved my feet a little faster as I scaled the stairs. Luckily, he decided not to follow me and I left him to scratch his head repeatedly. 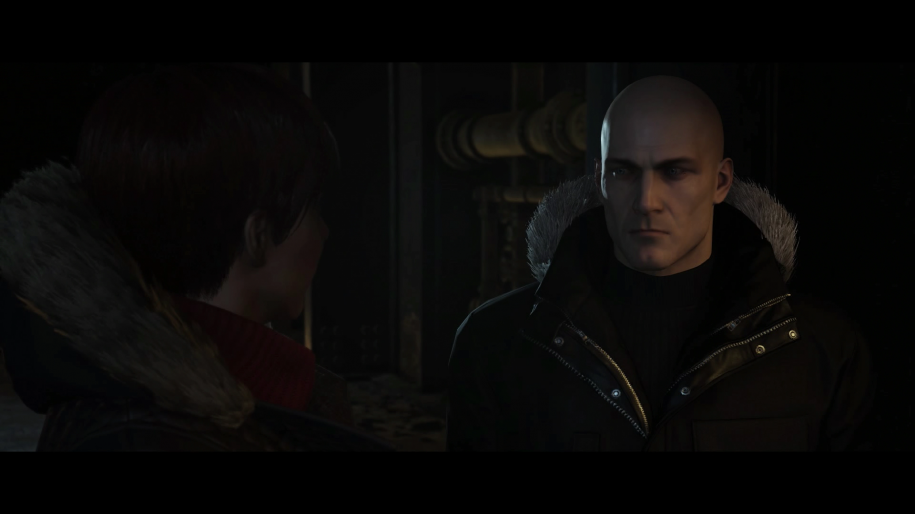 Apparently, our sticky-fingered friend, dear Mr. Sparrow, had arranged a meeting with another shady operator in order to talk about some dastardly dealings, and I had been tasked with taking him (or both of them if need be) out. Eventually, the thief began rotating around his spouse and she commenced to nag him incessantly, resulting in an argument (how rare!)—I took the opportunity to sidle up to his glass of wine and slip in my pilfered rat poison.

As I drizzled the stomach-corroding contents into said glass, I suddenly noticed that a similarly bald, scowling gentleman wearing a black suit and matching black tie, was looking dead at me from about fifteen feet away. Whoops! However, instead of approaching and accosting me, the man, obviously one of Sparrow’s bodyguards, merely looked in another direction, resulting in a WTF? moment. That broke the suspension of disbelief that had built up, entirely into pieces. 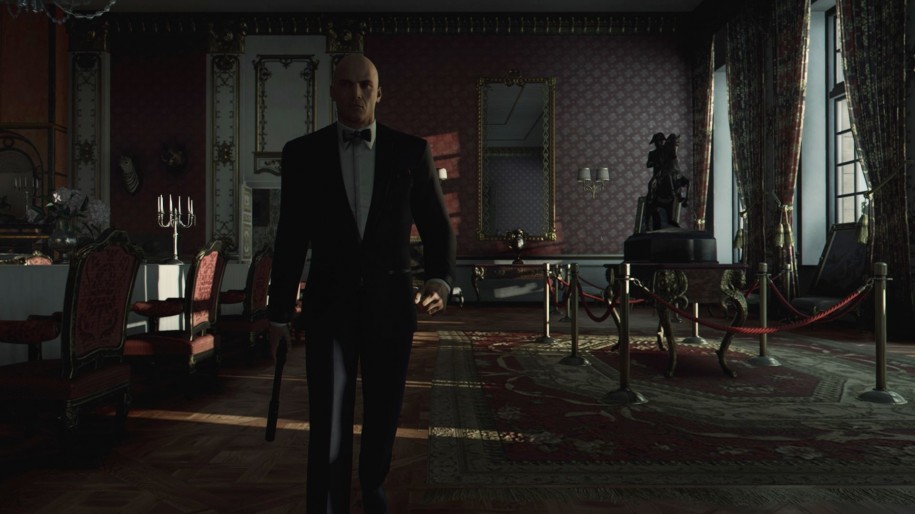 So, I tried the same mission again. This time Mr. Sparrow’s wife was leering at me from about ten feet away as I dispensed the poison into his glass, and she didn’t bat a single fake eyelash. Hmmm…I role-played it off, figuring that even though she’d noticed me slipping something into her hubby’s drink, so much the better. Perhaps she figured that she’d get half of what he’d earned and owned (through illicit means or otherwise) that much faster.

I’d read reviews of Square Enix’s latest iteration of the Hitman series shortly after its release in March, and had heard grumbles of similar misgivings with the game’s apparently spotty AI. As such, I decided to wait awhile to see how the game’s developers, IO Games, and publisher, Square, would handle all of the complaints. That way, if they swung in to fix the AI problems, I’d be able to more fairly judge it after playing the patched version. The aforementioned gameplay experience was a full month after its release (now in April), after the makers of Hitman assured everyone that they’d fixed most of the AI issues. Evidently, they still have some work to do. 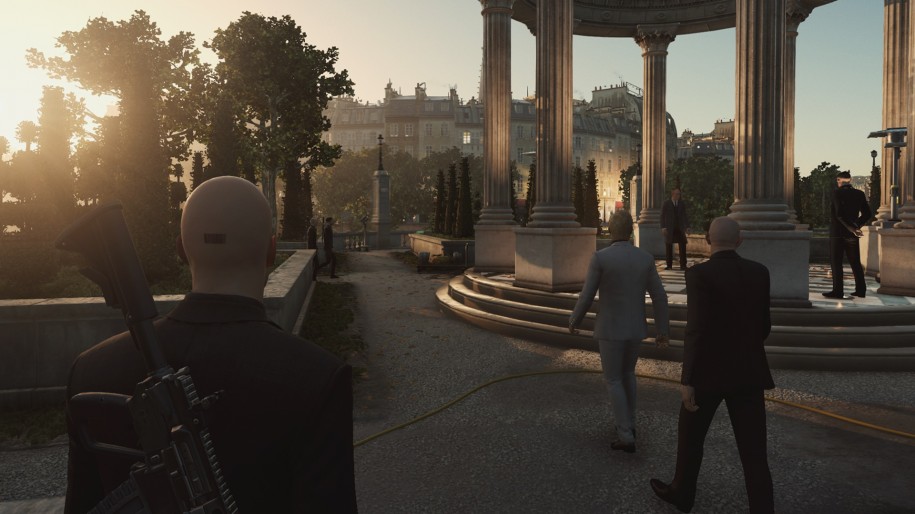 In another instance, during a mission involving a plane, I sniped my mark and had another “whoops” moment when I suddenly realized that there was an armed guard standing about five feet from him. The guard reacted by lifting his radio to his mouth and saying: “Well, it doesn’t look like there’s anything to worry about…”

Are you kidding me? I just decorated your uniform with the brain matter and cranial fluids of the man you were paid to protect and you don’t think that’s anything to worry about? Oooookay.

Luckily, besides the rather lackluster AI (at this point) the gameplay itself is mostly very fun. This latest version of Agent 47 is much more akin to 2006’s Hitman: Blood Money than it is 2012’s Hitman: Absolution. It featured much more of an open, sandbox-style playground of death, just like Blood Money, as opposed to the highly-linear “on rails” experience found in Absolution. You’re free to wonder around wherever you’d like to, unless of course you don’t have the proper attire or credentials to do so. 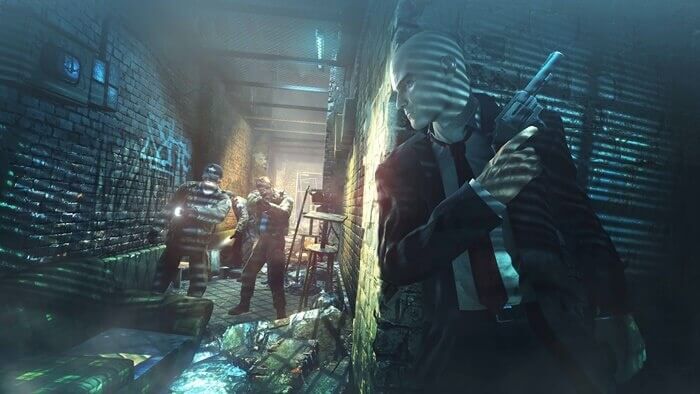 Which brings us to one of Hitman’s main selling points—disguises. Want to blend it with a party’s catering staff? Whack! Pop that isolated worker in the back of the head with a found wrench and be off with his threads in a jiffy. Need to get into an even more restricted area and need to fit in with the uniformed soldiers on guard? Blammo! Rinse and repeat.

Sometimes, fellow workers/employees will get suspicious of you and sometimes they won’t. It’s a random affair and is fun to experience since you never know what’s going to happen. The different sorts of ways that you can take out targets is also one of Hitman’s main attractions, and I found my blood pumping within my temples on some of the missions when I’d almost get caught and/or narrowly escaped detection. Switching up outfits in order to foil any pursuers of Agent 47 is a unique feature which I don’t think you can find in other stealth-based third person shooters.

Hitman’s graphics are pretty gorgeous, with some really solid character models, complete with realistic eye movements and mouths that move with the words which are coming out of them. The environments are simply phenomenal, and although this first game is restricted to a certain region of Paris, it really shines. The sounds are also very immersive and really act to draw you into Hitman’s world of intrigue, tension, and cold death. 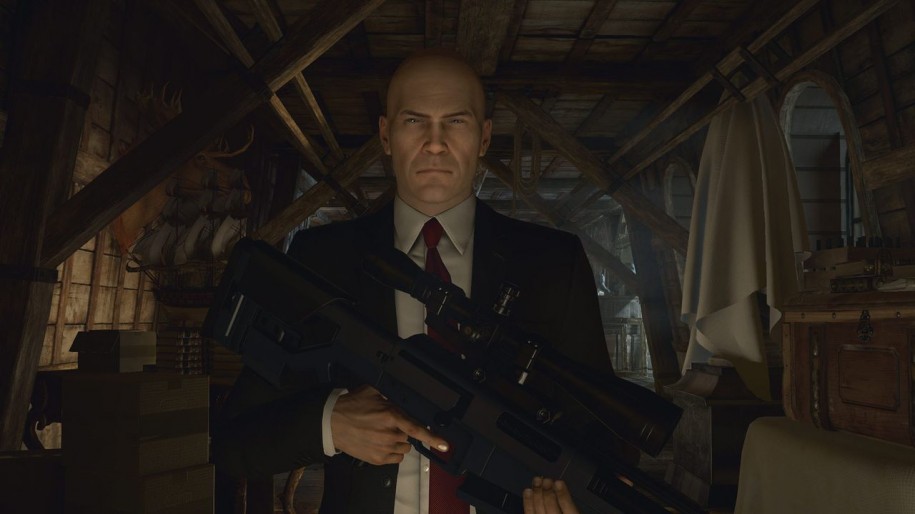 I’d say overall I had a lot of fun playing Hitman, it’s opening Paris act offers plenty to do through its numerous missions. There are so many variables and different factors that go into each mission that I found myself playing many of them over and over in order to see how I could handle things differently during each one. Besides the niggling AI issues, Hitman seems to be off to a promising start and I’m looking forward to further chapters (Italy comes out in April, Morocco in May, etc.). If they are anything like the Paris chapter I think the revamped series has a bright future ahead of itself.

Hitman has some undeniably handsome graphics that should be played on a higher-end gaming laptop or gaming PC.  We recommend playing it on a beefy machine in order to see how great they really are: 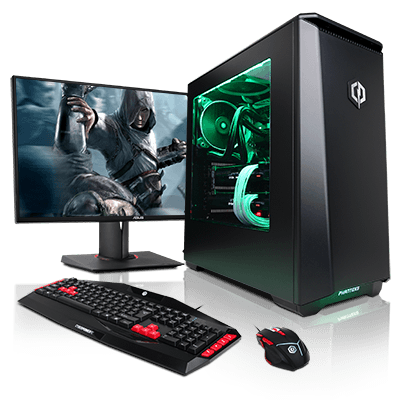