Way back in 1988, a gentleman by the name of Steve Barcia created a little video game development studio called Simtex. Contrary to popular belief, Master of Orion wasn’t the first game that Simtex created—that distinction went to a lesser known title called Star Lords. Star Lords not only functioned as a prototype for the first Master of Orion, but also as the grandfather of the entire 4X genre. Alan Emrich later coined the phrase 4X years later in 1993, after Simtex’s Master of Orion and Sid Meier’s (through MicroProse) Civilization finally came out. 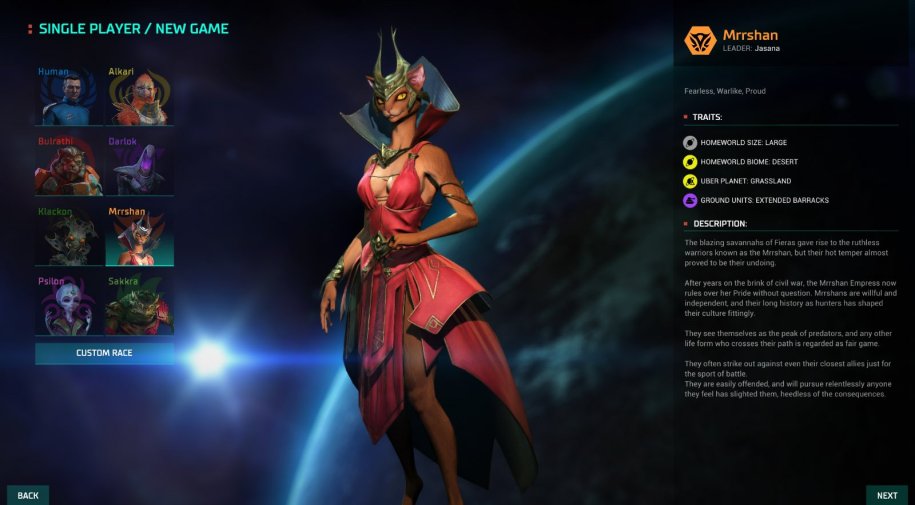 Ever since then, we as gamers have been blessed with all sorts of renditions of the classic 4X formula, in which you would first eXplore the regions surrounding your fledgling empire, eXpand out from there (usually with new colonies), eXploit any resources close at hand in order to build up a military, and then attempt to eXterminate your rivals. We’ve seen retro offerings, such as Halcyon 6: Starbase Commander, complete with kitschy pixilated graphics, on up to Stellaris, which fused an overlay of Paradox Development Studio’s grand strategic formula upon an impressive 4X package.

I must say outright that however much more technologically advanced these new challengers to the 4X throne are, there just isn’t anything that wowed me as much as the original Master of Orion. A few years later, in 1996, Simtex again teamed up with iconic 90s gaming publisher MicroProse, and they released arguably the greatest 4X game ever created, Master of Orion II: Battle at Antares. I personally lost many an hour to that game, and besides Civilization, I can’t remember a game that engendered that addictive “one more turn” feeling. We’re talking looking out of the window and seeing the sun coming up levels here. 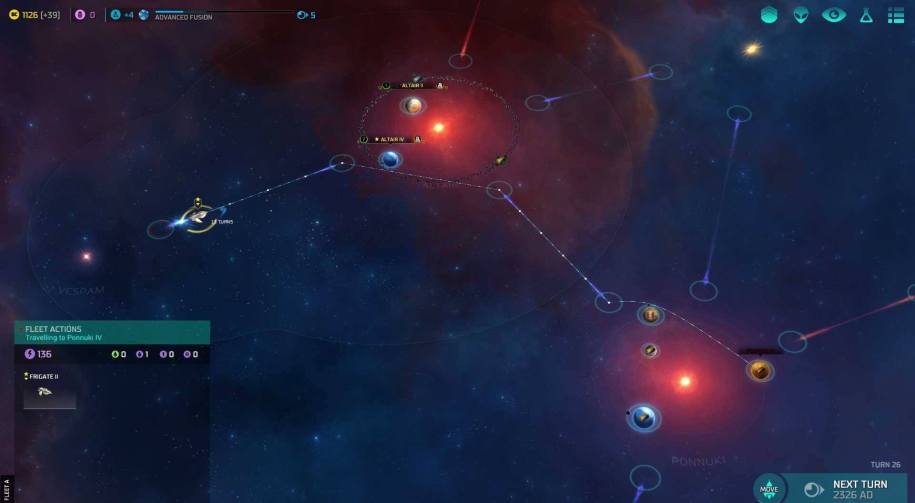 So imagine the sense of anticipation I felt when I’d first learned that another game developer called   Wargaming.net, procured the rights to the Master of Orion IP a few years back in 2013. I couldn’t wait to see what the makers of the “World of” series of games would come up with in regards to offering their spin on a gaming classic. Have they succeeded in resurrecting the same sense of grandeur and magic that Simtex had? Well, yes, and no…

WG Labs AKA Wargaming.net may have been a little too faithful to the original Master of Orion formula, in my opinion. Yes, the graphics are updated. Yes, there are shiny menus that you navigate through (don’t worry, they’re nothing like the abysmal Master of Orion III). And yes, it has some outstanding voice over talent in Mark Hamill, Robert Englund, and John de Lancie—Luke Skywalker, Freddy Krueger, and Q from Star Trek, respectively. But, there really isn’t much going on that’s new. 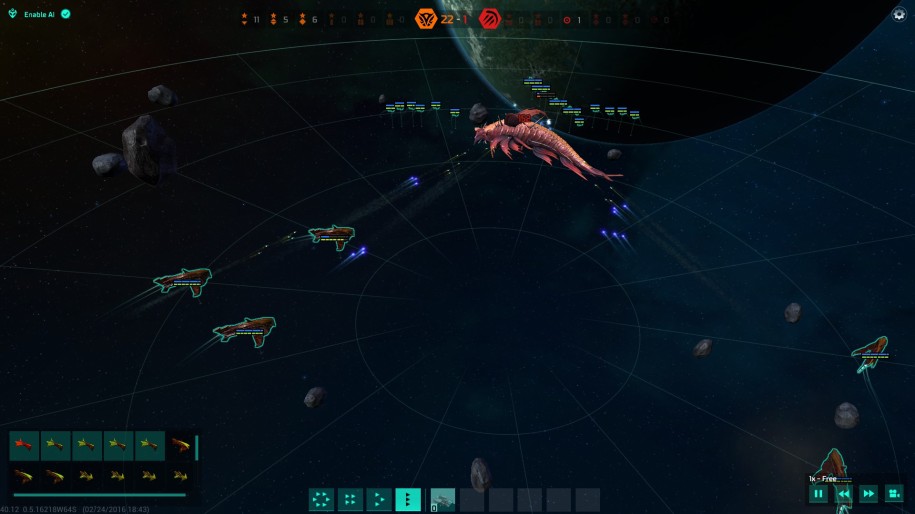 You still send out scout ships in order to discover habitable planets (or hostile aliens), but it’s not nearly as well-done and fun as in Stellaris. After establishing new colonies, you still manage their tax rate and production focus, as well as research new technologies. Want to build new types of ships? Go for it. How about negotiating with fellow empires on a sparkly and clean diplomacy panel? Yep—got you covered. In fact, if you’ve played the original Master of Orion, besides a new paint job, you’ve probably seen it all before.

That isn’t to say that the new Master of Orion doesn’t acquit itself well. It does have a feature which allows you to clean up some of your more polluted worlds, should they eventually get too filthy—which is something that is in-step with our eco-friendly times. Although it was great to see that the developers considered this eco-conscious element, managing your clean-up duties can tend to grow into a distraction later on in the game, once you accumulated numerous planets to oversee. 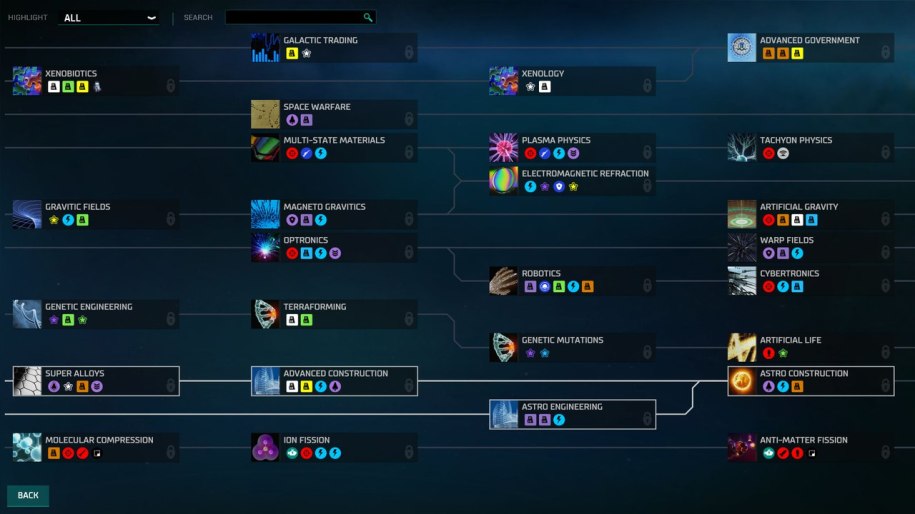 Unlike Stellaris’ masterfully complex yet accessible empire creation system, Master of Orion’s feels rather lackluster by way of comparison. For example, although all of Master of Orion’s main six races certainly look very different, they all feel sort of same-y in practice. There is very little in the way of race-specific specializations and each race can also research ever single technology in the game. In other words, some of the lesser advanced races can learn everything that the most tech-savvy ones are able to. I’m sorry, but if I’m playing a modern version of a game created twenty-three years ago, I expect a little more in the way of innovation. Pretty visuals can only take you so far.

Speaking of visuals, WG Labs handled that aspect of the new Master of Orion quite well. Stars twinkle and wink across the expansive galactic screen. Planets look glorious and their atmospheres (if they have one) glow and convey as sense of grandeur and massiveness. However gorgeous and updated Master of Orion’s graphics look, there is still just something missing. Everything seemed so sterile and overly sanitized. It doesn’t feel like an actual lived-in universe, but rather a holographic one. 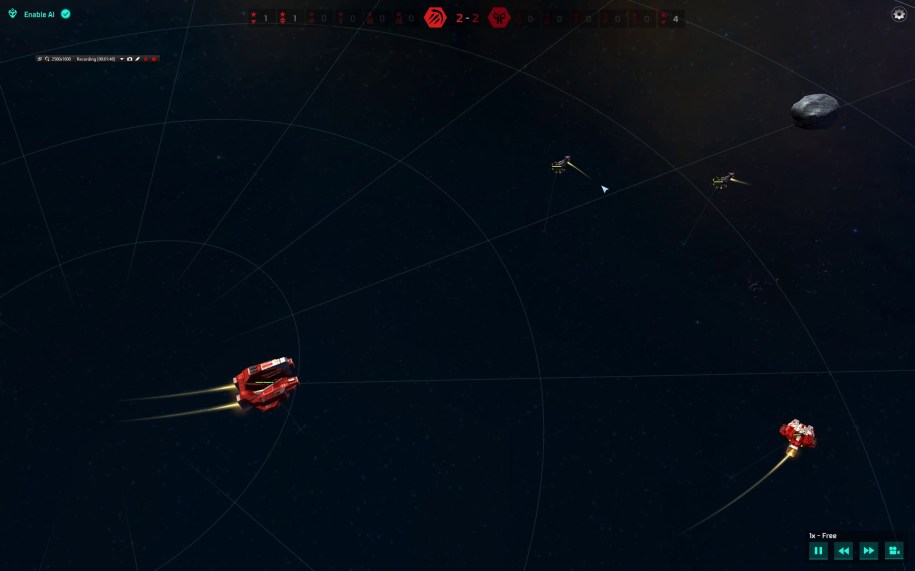 It sort of reminded me of when I first saw Star Trek: The Next Generation. Yeah, it had fancier visuals, but compared to The Original Series back in the 60s, the ships looked too computer generated and flawless. Like the original Master of Orion, the old Star Trek series had grit as well as a sense of authenticity about it. The sound department is likewise well done, with capable laser blasts, explosions, and so forth being well rendered, aurally.

To be fair to WG Lab’s latest Master of Orion endeavor, however, I think that part of the issue is that Simtex’s original version was revolutionary when it first came out. Quite simply, there just wasn’t anything like it that had come out up to that point, so it sort of took the gaming world by storm. This more modern game is not bad by any means, it’s just not as seminal or as important as a contribution to the gaming world, in any way, shape, or form. The remake will allow you to revel in a sense of nostalgia for old time’s sakes, but it doesn’t offer much in the way of innovation or its own identity. WG Labs didn’t really infuse the new Master of Orion with a distinctive personality of its own, and that may make it little more than a temporary curiosity to many gamers out there.

One thing that Master of Orion does have going for it are some very detailed graphics, and they’re more than capable enough to impress you and your friends. However, you want to have a pretty beefy gaming PC in order to play it at a decent frame rate. So, you may just want to invest in a decent gaming rig: